Are Clownfish Freshwater or Saltwater? 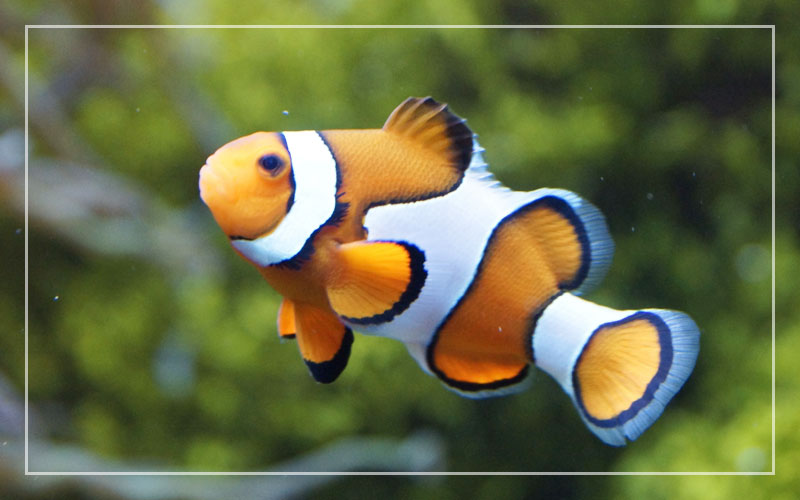 Clownfish are saltwater fish that cannot adapt to a freshwater environment. Unlike other fish species like guppies, for instance.

This can make it more difficult to care for clownfish than freshwater species because you need to maintain a stable salinity level.

The latter point will prove its importance during your regular water changes when it’s extremely easy to mess up the water’s salinity.

Can Clownfish Survive in Freshwater?

No, clownfish cannot survive in a freshwater environment since their biology relies on environmental salt to function. Both the fish’s gills and kidneys only function properly in a saltwater setting.

Placing your clownfish in freshwater will kill them within minutes via osmotic shock. The concept is quite easy to understand unless you’re like me when I first ran into the concept.

But first, let’s discuss the process of osmosis. Osmosis explains the tendency of a liquid or substance to move through a membrane from an area with high concentration to one with low concentration.

To better understand the concept, here’s how it works when it comes to fish.

Here are the main differences between freshwater and saltwater fish like the clownfish:

These fish’s bodies contain more salt than their natural environment. According to the definition of osmosis, this means that the environmental water will enter the fish’s body via gills and skin.

At the same time, the fish will pee a lot to eliminate the excess water so that it won’t dilute its body salts too much. Its pee contains very little salt but a lot of water.

If they would drink water on top of that, they would bloat and dilute their body salts beyond the point of survival.

Placing a freshwater fish into a saltwater environment will lead to dehydration. Since the environmental water will contain more salt than the fish’s body, the fish will actually lose water via its skin rather than taking it in as normal.

And because the fish doesn’t drink, this will lead to severe dehydration and death soon.

The process is reversed when it comes to freshwater fish like clownfish. The environment is saltier than the fish’s body.

As we’ve already determined, this means that the fish will lose water via its skin and take in salt.

To compensate for that, the saltwater fish will drink a lot of water and eliminate a lot of salt. Its pee will contain more salt but less water compared to freshwater fish.

The fish’s kidneys are specifically designed to process the higher quantities of salt that will enter the fish’s body via osmosis.

When you place the saltwater fish into a freshwater environment, the fish will swell up and die. Some will even explode in the process. This is due to the fish’s tendency to drink a lot of water and eliminate salt.

The problem is that being in a freshwater environment now, the environmental water will enter the fish’s body via its gills and skin as well.

The surplus water will accumulate in the fish’s organs as the fish keeps eliminating salt, leading to the organs swelling with water.

To keep things short, the fish and the water surrounding it contain different levels of salt. Either the fish’s body has more salt than the surrounding environment, or vice-versa.

During osmosis, the water will either attempt to enter the fish’s body or exit, and the same happens with the salt. So, the fish exchange salt and water with their environment.

In case of any chemical disturbance, the fish will either take too much water or not enough, experiencing osmotic shock as a result.

A clownfish will only survive several minutes in a freshwater environment before swelling up and experiencing a brutal death. So, don’t even think about it.

What Salinity do Clownfish Need?

A salinity of 1.020 to 1.024 is necessary to keep your clownfish healthy and happy. Try to prevent abrupt or sudden fluctuations in the salinity level, otherwise, your clownfish will experience osmotic shock.

Some of the most compelling symptoms of osmotic shock include:

As you can see, these are standard symptoms of a stressed fish, so they might not look too worrisome at first.

The problem is that if your clownfish is experiencing osmotic shock, the symptoms will aggravate fast. In severe cases, the fish will experience coma and sudden death.

But how can you reduce the risk of your clownfish experiencing osmotic shock? The most common trigger is an improper water change.

Many novice aquarists forget to add salt to the water and end up diluting the salt content in the main tank. This will dramatically drop the water’s salinity, causing the fish to experience osmotic shock.

If you act fast, you can save them, provided you have a hospital tank ready with proper salinity. Quarantine your fish in the hospital tank and allow them the time to recover.

If the shock wasn’t too severe, they will recover soon. If not, they might die. To prevent this issue, always monitor the water’s salinity, pH, and temperature during a partial water change.

How to Make Saltwater for Clownfish?

If you’re getting clownfish, you need to prepare a saltwater tank for them in advance.

You should do this as part of the cycling process when preparing the tank’s biofilm to handle the ammonia and nitrites.

You need 2 things to create your marine tank:

Everything else goes pretty much the same. You may need a water pump, air stones, a heater, and a reliable filtering system.

The latter 2 equipment pieces are vital for crafting a stable and healthy environment for your clownfish.

What Salt to Use for Clownfish?

There are numerous salt options available for marine tanks, depending on the tank’s setup and the aquatic life it houses. You can prioritize certain products over others depending on your goals.

I suggest salt products rich in calcium, magnesium, and bicarbonates if you have a thriving coral system decorating your clownfish tank.

These will nourish the corals and other aquatic creatures inhabiting the reef system.

They will also provide your clownfish with a more nourishing habitat.

How Long Can Clownfish Survive in Tap Water?

Clownfish will die within minutes in tap water if we’re talking about freshwater. We’ve already discussed the reasons for that.

But this isn’t the only problem your clownfish will be struggling with. An even more pressing problem is the chlorine present in the tap water, which is deadly to fish.

This chemical is used to sterilize the water of dangerous bacteria and other pathogens that could hurt humans.

Chlorine is safe for us but acts as a poison for aquatic life, including clownfish.

Never keep your clownfish in tap water, even if it’s for a couple of minutes. The damages that the fish will experience can be irreversible.

Clownfish are saltwater-exclusive fish that require a specific level of salinity to remain healthy in the long run.

Get yourself a salinity meter and pay paranoid attention to salinity levels during water changes.

Mess it up, and your clownfish could die a painful and fast death. 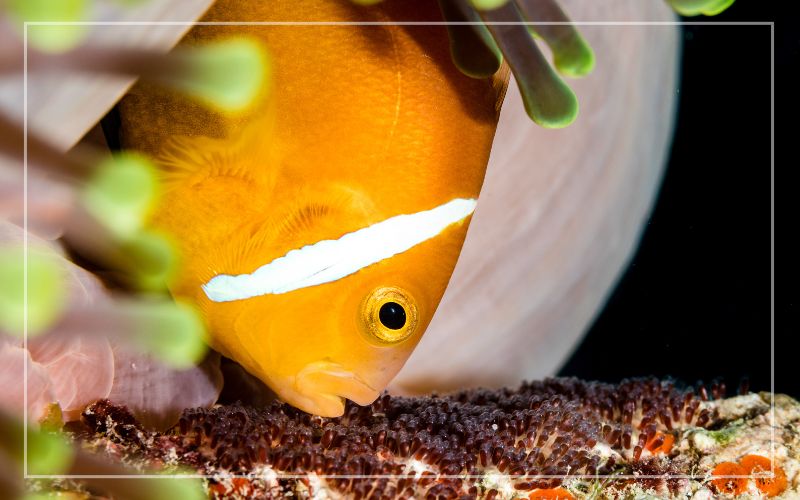 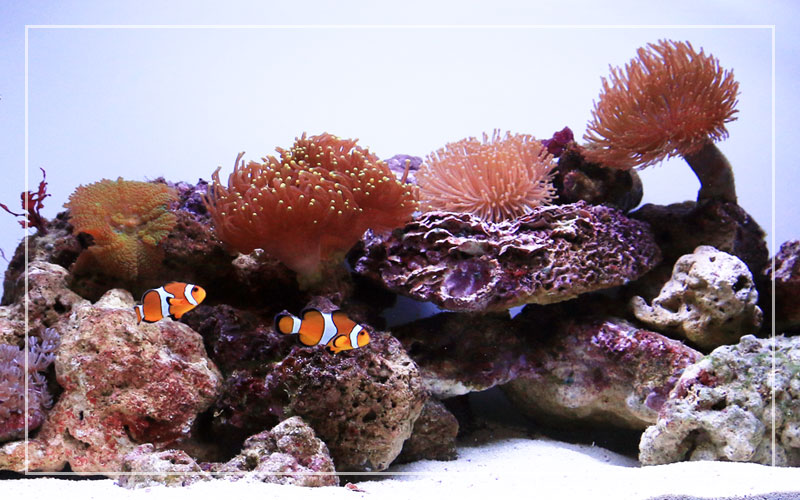 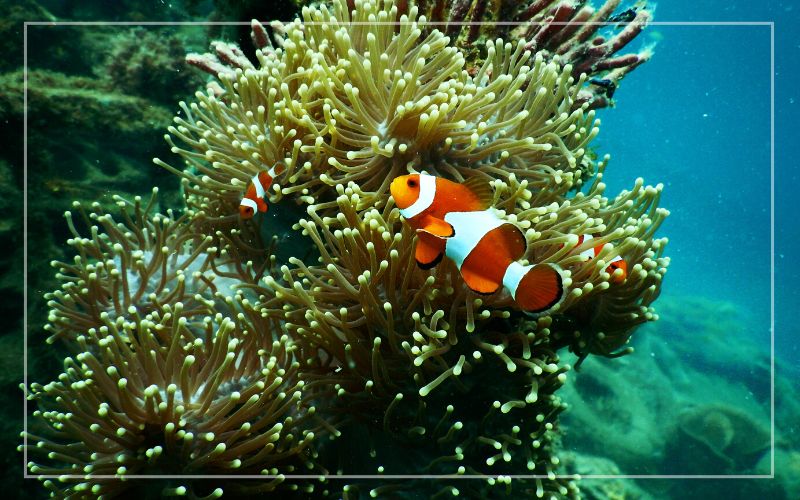 Wild Caught vs Captive-Bred Clownfish – Which Should You Get?