How to Save Dying Fish After Water Change? 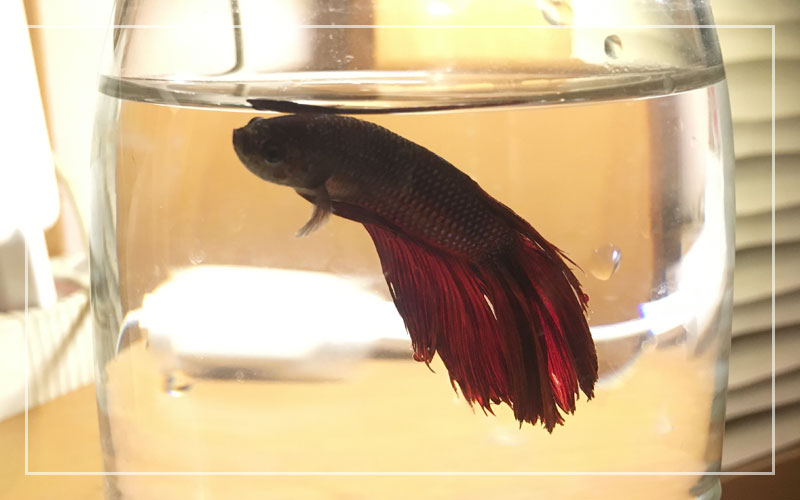 Home » Tips & Tricks » How to Save Dying Fish After Water Change?

Many aquarists, especially more inexperienced ones, will face this problem at some point. We’re talking about fish entering the dying mode soon after a water change, making for quite a scary experience.

What should you do when that happens, and is there a way to save the fish?

Fortunately, you can save your dying fish, provided they haven’t sustained a shock, causing them to experience sudden death.

Aside from that, your fish even recover from a coma, depending on what caused it and the treatment used.

Why Are My Fish Dying After Water Change?

If your fish displays significant discomfort immediately after a water change, here are some potential explanations for that:

As you can see, a billion things could go wrong during a water change. So, given that you’ve been unaware of these problems beforehand, how do you deal with the repercussions?

Can you save your dying fish? This depends on the problem’s severity and how resilient and healthy your fish is.

But let’s see what you can do to help your fish recover.

The only way you can save the fish from almost certain death is by acting fast and decisively.

What you should do include:

There are 2 things I would like to mention here. First is that, in the case of a drastic temperature fluctuation, your fish’s digestive system may have shut down completely.

This is more likely in the event of temperatures dropping below the fish’s comfort zone, affecting its metabolism as a result.

The fish won’t be able to digest its food as effectively, which can cause bloating, constipation, and even compaction.

The latter is a severe form of constipation where the fish’s intestine no longer produces mucus, so the poop gets stuck and dries out. Compaction is often deadly since it can lead to a variety of complications.

The second thing is that the fish may not be able to eat due to the shock. So, any food thrown into the tank will sink to the bottom and begin to decay. This will further increase ammonia levels, disrupting the environment and causing more problems than what you’re already facing.

Allow the fish some time to recover and keep them in a fasting state at least for several hours.

This is especially necessary in case of ammonia and chlorine poisoning if the water is too warm, or whenever your fish shows signs of suffocation. Before detailing how to aerate the water better, let’s first define the terms.

There’s a difference between aeration and oxygenation.

Oxygenation simply describes the oxygen content dissolved in the water. Aeration, on the other hand, involves both oxygenation and water flow.

So, to increase aeration, you need to both improve the water’s oxygenation and boost its flow rate.

If you already have a pump, the aeration process is pretty much automatic. You only need to set up the pump to the desired flow rate, and you’re set.

The same goes for a reliable filtering system designed to ensure optimal oxygenation and aeration.

If you lack any of these equipment tools for some reason, you can try to aerate the water manually. Just use a cup or a small container to get water out of the tank and pour it back in.

It’s as easy as it seems. While this is not a really effective aeration method, it’s way better than nothing.

That being said, make sure you have good oxygenation and aeration system available, aside from the filter.

The filtering system should be a must for any aquatic setting. If necessary, throw a pump into the mix.

You should also add more plants to the aquarium, rely on waterfall filters, and upgrade your tank to one with more surface area. Doing so will increase the contact surface between the tank’s water and atmospheric air.

If you suspect the cause for your fish’s dying state is a chemical imbalance, consider using a water conditioner.

These products are amazing in terms of protecting the fish from environmental chemicals, allowing their bodies to heal, and performing effective chemical filtration.

Two of the most popular water conditioners are:

Make sure you’re using these conditions according to their official specifications. If you’re not sure how to perform it, consult a professional.

Aquarium salt is pretty much like an adrenaline boost for sick fist, especially those affected by water change-related problems.

While this isn’t relevant for today’s topic, it’s worth mentioning that aquarium salt is extremely useful against parasites, viral fungi, and bacterial infections.

The salt will dehydrate these microorganisms and kill them even in concentrations that won’t dehydrate the fish.

This may be relevant information if your fish experiences secondary infections due to ammonia-related tissue damage.

Use a Carbon Filter

Having a carbon filter is almost obligatory, especially in a larger tank holding multiple fish.

The carbon filter ensures chemical filtration, which neutralizes dangerous chemicals like chloramine, chlorine, ammonia, and other pollutants and organic and inorganic residues.

Activated carbon is also helpful in cleaning the tank water of any medication or antibiotics following a generalized treatment.

Plus, it eliminates the aquarium-specific odors that form with time, especially as a result of poor tank maintenance.

These are some reliable treatment methods, perfect to use in case your fish showcases signs of severe stress or shock following a water change.

But can you prevent such situations from occurring in the first place? Yes, you can, and this is exactly what we will be discussing next.

Prevention is always preferable for obvious reasons. The problem is that not all aquarists know how to keep their fish from dying.

In one moment, they may look fine, in another, they might fall into a coma and die, despite you seemingly doing everything right. Obviously, that’s not the case.

Here’s how you can perform safe water changes to minimize your fish’s discomfort during the procedure:

This is an obvious mistake for several reasons. The first is that it allows for a dangerous buildup of nitrates. Performing a massive water change will drop the nitrate levels dramatically, potentially inducing osmotic shock, which can kill your fish.

Then there’s the problem of diluting the water minerals and nutrients that provide your fish with a stable and healthy environment. And finally, you have the drastic repercussions on the tank’s biofilm since a massive water change will kill off many Nitrosomonas bacteria, leaving too few or none to manage ammonia and nitrites.

This can trigger symptoms of ammonia poisoning fast.

But there’s another issue with massive water changes and that’s the increased risk of osmotic shock.

It’s always better to have smaller and more frequent water changes than more massive ones spread out in between.

This is definitely the most valuable piece of advice I could provide. Many people use tap water when performing a water change, and it makes sense. Tap water is readily available pretty much anywhere.

You can get as much as you want fast, allowing you to perform a water change with minimal costs and effort.

The problem is that tap water contains varying degrees of chlorine and chloramines, which are deadly to your fish.

So, you absolutely need to dechlorinate the water before using it.

You can achieve this effect via 3 primary methods:

Before closing this point, I strongly suggest using a dechlorinating solution. Boiling the water or allowing chlorine to dissipate on its own will achieve just that – remove chlorine.

However, a dechlorinating solution will achieve much more than that, eliminating a variety of other harmful chemical components.

Another viable solution would be to avoid tap water altogether. You can rely on safer options like distilled water, reverse osmosis water, deionized water.

These have been chemically or mechanically treated (sometimes both) to eliminate any dangerous contaminants, rendering the water safe for use.

The problem is that these waters have also been stripped of all their mineral content. So, you might want to re-mineralize them before use.

This is pretty much a no-brainer, but you’d be amazed how many people skip this step. The solution here is simple.

Have an aquatic thermometer and a heater to assess the temperature of the water to use. Bring it to the same values as that of the main tank to prevent your fish from experiencing temperature shock.

We’ve already touched upon this point earlier. Drastic changes in the water’s pH can have potentially devastating consequences for your fish.

These changes will deliver different effects, depending on whether the pH increases or decreases. The most noticeable effects begin when the pH drops below 5 or increases above 9.

If it drops below 5, the fish’s reproductive system will be affected, sometimes irreversibly.

The fish will also begin to experience the effects of a more acidic environment, including trouble breathing and gill and skin burns and lesions. Death is but assured below 4.

If it increases above 9, the ammonium that is already present in the water will turn to ammonia. Sudden increases in water pH may release lethal amounts of ammonia, often killing the fish instantly.

To prevent these problems, always monitor the pH level both in the main tank and the water you’re planning to add.

Cleaning the filter is necessary to prevent clogging and remove algae deposits that may affect the Nitrosomonas bacteria inhabiting the equipment.

You should most likely clean the filtering system every 6-8 weeks, but this largely depends on numerous factors. These include the type of filter, since some require less frequent cleaning (cough, canister filters, cough), while others are less durable, like power filters.

How many fish you own and how dirty the tank is are additional components influencing that timeframe.

When cleaning the filter, you should consider the following:

In closing, you should always use tank water when cleaning the filter.

This eliminates all of the problems related to altering the tank water’s chemistry or disturbing the nitrifying bacteria.

Water changes should be part of the tank maintenance routine. A healthy and stable environment consists of weekly water changes to dilute ammonia, control the level of nitrates, and oxygenate the water.

To summarize, here are the essentials to remember:

Stick to the basics and never skip your weekly water change, and your fish’s habitat will remain healthy and stable for years to come. 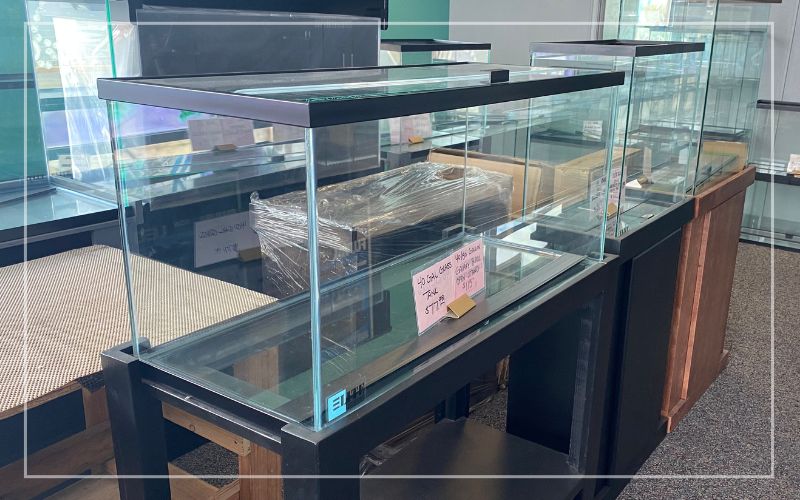 40 Gallon Breeder Tank – All You Need to Know 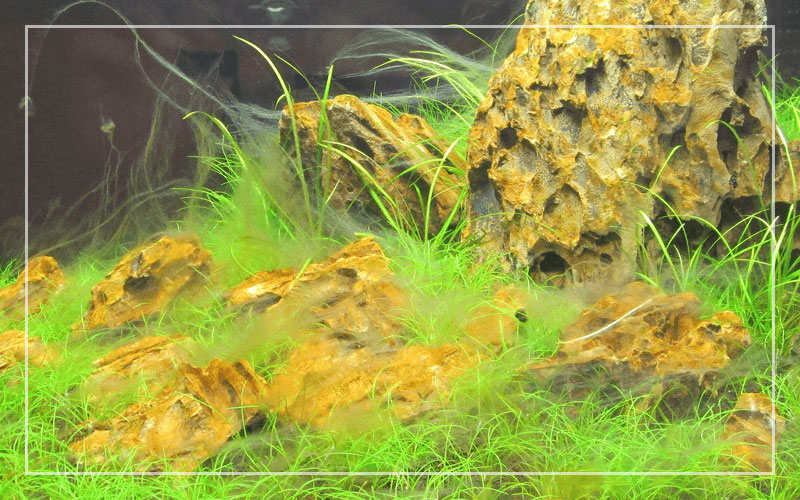 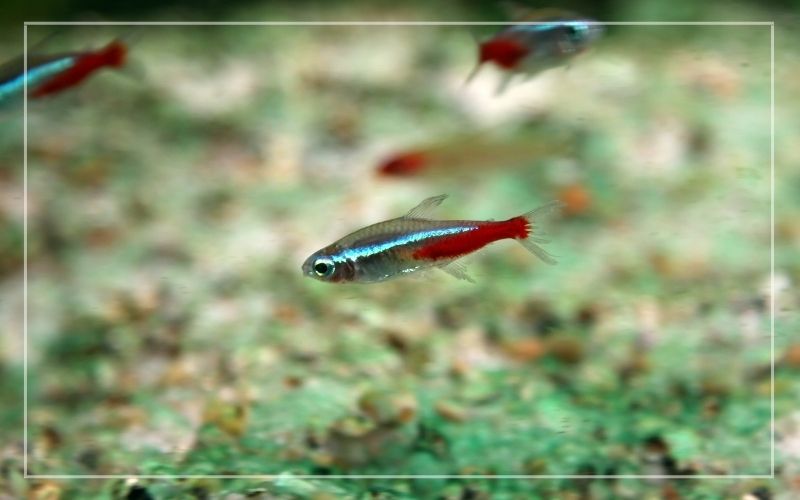 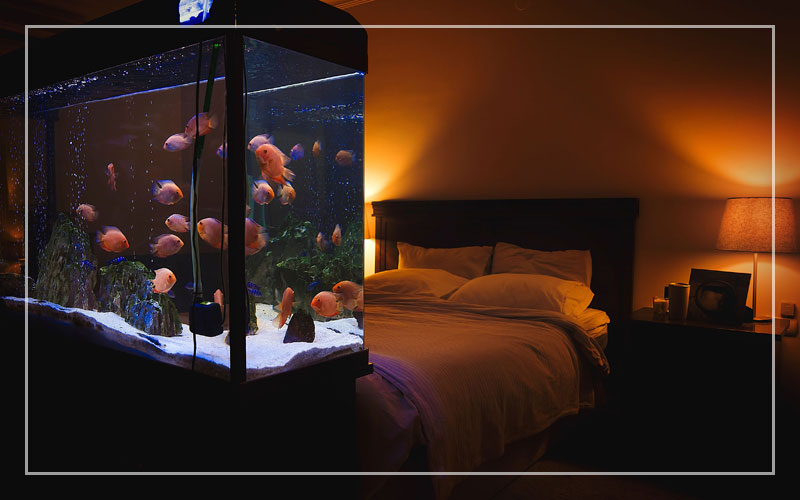 Can You Turn Off the Aquarium Filter at Night?