Why do My Fish Lay on the Bottom of the Tank? 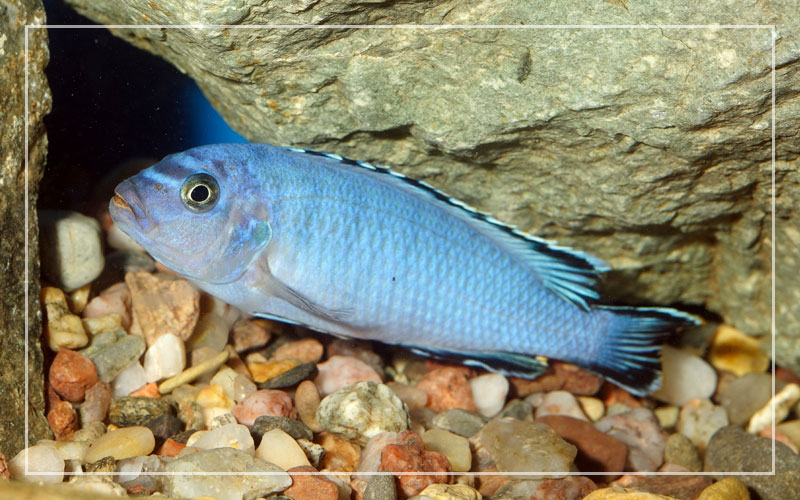 Today, we will discuss a common issue for most fish keepers that is more prevalent among novices: weird fish behavior. More specifically, we will discuss why some fish tend to lay on the bottom of the tank or swim near the substrate.

We will obviously ignore bottom-feeding fish species that have this behavior in their resume. We will specifically focus on medium and top-dwelling fish species that don’t typically go near the bottom of the tank. Unless something unusual happens, which is exactly what we will discuss in this article.

Your fish may display abnormal swimming behavior for a variety of reasons. Uncovering them sooner can save your fish’s life. Here are the most compelling factors that may cause your fish to lay at the bottom or swim near the substrate:

Yes, fish can experience stress for a variety of reasons. This can cause them to display an untypical behavior, consisting of constant hiding, refusing food, appearing apathetic, and swimming around the substrate.

Experiencing constant stress can cause the fish to lose their immunity and become vulnerable to diseases, bacteria, parasites, and other microorganisms that can kill the host. To prevent that, you first need to assess the situation, identify the causes, and address them properly.

Most fish will experience stress for a variety of reasons and in a variety of ways. However, it is typical for them to display similar behaviors. If you notice your fish swimming near the substrate or showing low levels of energy, investigate the situation to pinpoint the causes. Some of them may be more dangerous than you might suspect.

Not all fish will get along with each other. Some are simply incompatible, like guppies and the Oscar fish. Guppies are omnivorous and rather small, while the Oscar is predominantly carnivorous and large. This may lead the latter to bully and even kill the smaller guppies if given the chance.

Even smaller but more aggressive fish species will lead to the same result.

The bullying behavior typically happens in crowded aquariums with different fish belonging to multiple species. In this context, the larger fish may bully the smaller ones, even if not with the intent to cause harm or kill. They might simply be playing, even though the smaller fish won’t perceive the situation in those terms.

The constant bullying and harassment will eventually stress out the victim, causing it to retreat wherever it can find shelter. If the situation remains the same, the bullied fish will experience problems with its immunity and encounter a variety of health problems along the way. Not to mention that the bullying behavior will often degenerate into physical contact, leading to injuries and increasing the risk of infections.

Assess your tank dynamics regularly, check the interactions between your fish, and take measures if you notice signs of bullying.

Pregnancy is another cause for concern, as it causes pregnant females to experience significant stress when in the presence of males. Guppies, in particular, have this problem, especially since females give birth monthly and the gestation period is, well, around a month.

The males tend to push the females for more mating, despite them being done with it. This happens because female guppies will mate with several males during their breeding ritual, while some males are left out. As a result, they might try to get some action when the mating is done.

The female will lose interest in the mating process and begin attacking the incoming males for some space and peace. The problem is that the males are breeding machines that will stop at nothing to reach their goals.

It’s not uncommon for females to become stressed out in the process and even become sick as a result. The situation can grow even more severe during the labor phase when the female is even more vulnerable and sensitive.

To prevent or solve this problem, learn to identify fish pregnancy and monitor the tank’s dynamics. If the pregnant female shows signs of stress, remove it from the tank and keep it in a breeding tank until it delivers the fry.

A sick fish is also a stressed one. Many diseases will display no visible and obvious symptoms at first, except for subtle behavioral changes. One of them is the fish’s tendency to swim around the substrate or lay motionless on the tank’s bottom.

You should first monitor the fish to see if it also exhibits other concerning signs when that happens. If you suspect the fish may struggle with a disease or parasitic infection, quarantine the specimen immediately. This is the best approach when you don’t know what your fish may be dealing with.

Some diseases will transmit to other fish fast and can kill off an entire population. Quarantining the fish will allow you the time to assess the situation, identify the disease, and treat it accordingly. An antibiotic is necessary to control the infection and counter the condition in most scenarios.

If you don’t know how to treat the problem, speak to a veterinarian for professional assistance.

Cold water, increased ammonia levels, increased nitrites levels, dirty tanks, murky water due to algae overgrowth, excess of harmful bacteria – all these issues will stress out your fish. Given enough time, they will also kill them.

The tank’s water will lose its quality over time, which is why you need to perform regular water changes. This will provide your fish with the optimal environment to thrive. I recommend changing the fish’s water at least every 5-6 days for peak aquarium conditions. This also depends how many fish you have, how large the tank is, and what fish species it houses. Some will produce more waste and overall mess than others.

It’s also important not to change too much water at once. You should only change around 15% of the water each time, which will preserve the beneficial cultures of microorganisms. These bacteria are useful for containing the ammonia and nitrites that could poison the water and, consequently, the fish.

Ammonia poisoning is common in poorly maintained tanks. But the production of ammonia will always be a problem in all fish tanks due to how fish function. They all produce nitrogen compounds via their waste, which is nothing more than a normal aspect of their metabolism. This is not an issue in the fish’s natural habitat with millions of gallons of water where ammonia dissipates rapidly.

These natural bodies of water also contain numerous cultures of microorganisms that will feed off of ammonia and break it down into more benign components.

Artificial environments like aquariums don’t have the luxury of water volume but the same cycle occurs here as well. Cultures of live beneficial bacteria will break down ammonia into nitrites, which other types of bacteria will transform into nitrates.

These final compounds are less toxic than their predecessors, so long as they remain within certain limits. There are several causes for uncontrolled ammonia production, including:

The signs of ammonia poisoning will typically show up gradually unless the spike is sudden. You should see your fish gasping for air, displaying blood-red gills, showing erratic swimming and lethargy. If untreated, ammonia poisoning is deadly for both fish and plants.

There are several measures you should consider to solve the problem:

You should also monitor the water’s parameters to make sure the environment remains stable and clean. You should move the fish out of the tank if the ammonia level reaches 2.5 ppm.

Most tank fish will do just fine with smooth temperature swings. Guppies, for instance, can thrive in temperature ranges of 72-82 °F. Bettas enjoy a temperature between 75 and 80, while the Clown Killifish sits best at 68 – 79 °F.

Problems begin to arise when the temperature either fluctuates wildly or exceeds the safe parameters. Guppies may survive at around 65 °F for some time, but their health will deteriorate fast if the temperature doesn’t increase.

The guppy may exhibit static swimming and an overall lack of energy throughout the day. It will also refuse food, display a lowered appetite, and lurk around the substrate.

If the water is too hot, however, the oxygen levels in the water will drop significantly, causing the fish to gasp for air. I suggest having a heating system in place to prevent these issues, especially if the room’s temperature tends to fluctuate dramatically.

The heater will ensure a balanced water temperature, keeping the fish healthy and happy. As a side note, extremely low temperatures will affect the immune system of tropical fish accustomed to warmer waters. This can leave them vulnerable to a variety of disorders and bacterial infections with time.

Fish can encounter injuries for a variety of causes. These include fighting, playing, or harassing other fish, rubbing against various tank decorations and rocks, and even due to parasites. The fish can’t express pain vocally but through its behavior. It’s common for injured fish to lay at the bottom of the tank or try to hide behind plants and rocks.

If you see your fish displaying similar behavior, check it visually for any visible injuries. I suggest quarantining the fish if you spot any, especially if the injury is more severe. That’s because you don’t know its causes. It may be due to bullying or fighting with other fish, or it may be the result of fin rot.

The latter requires immediate treatment before it can spread to the other fish.

Yes, fish sleep, especially during nighttime. They will take short naps here and there, and you can tell by their behavior. They tend to swim in place with only small jerky moves occasionally.

There’s nothing to worry about since everything will return to normal in the morning. The only exception are nocturnal fish like the scorpionfish, squirrelfish, or Bigeyes. These fish will become active during nighttime, which is why they might take their naps during the day, preferably in hiding.

Many fish will lay on the tank’s bottom for a variety of reasons. Some are designed for that bottom-dwelling life, while others struggle with injuries, poor environmental conditions, stress, etc.

If your fish doesn’t belong to a bottom-dwelling species, assess the situation and try to discover the cause for its behavior. This is what much more important considering that the fish may have a dangerous disease.

You should also corroborate the fish’s swimming peculiarity with other tale-telling signs like appetite, overall energy levels, physical composition, etc. This strategy should inform you on the causes for its behavior pretty fast. 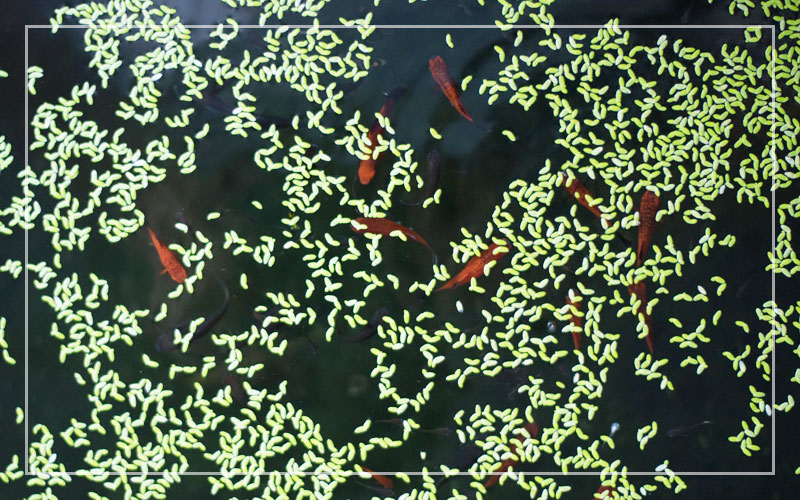 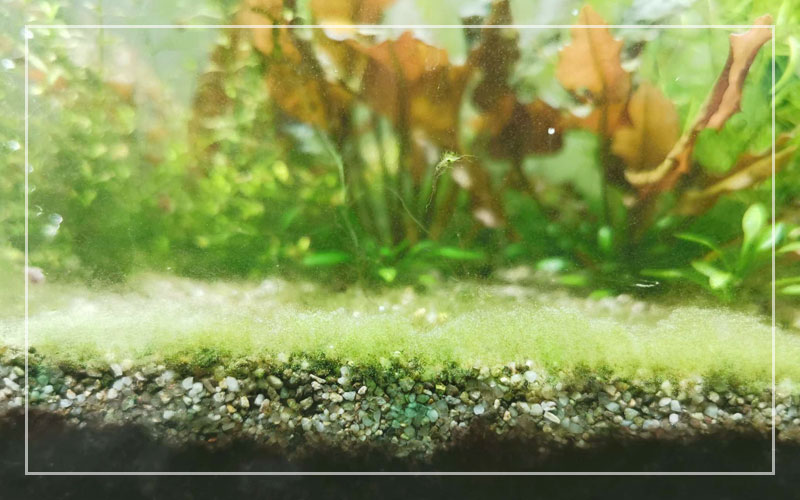 Detritus Worms in Aquariums – Everything You Should Know 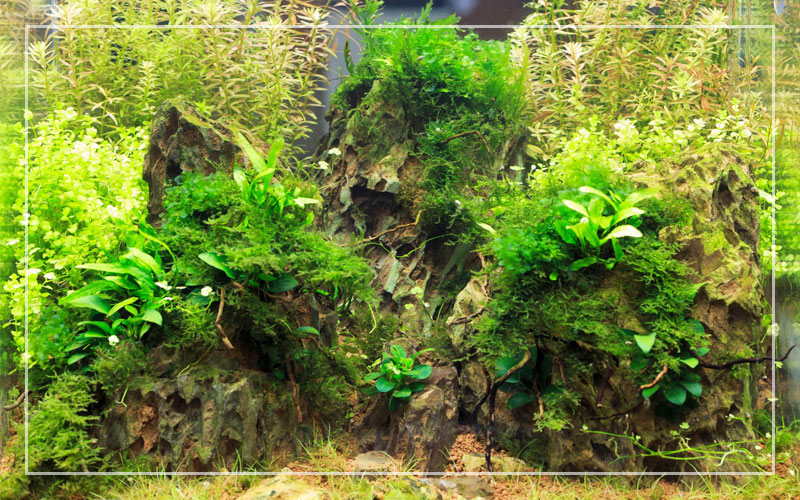