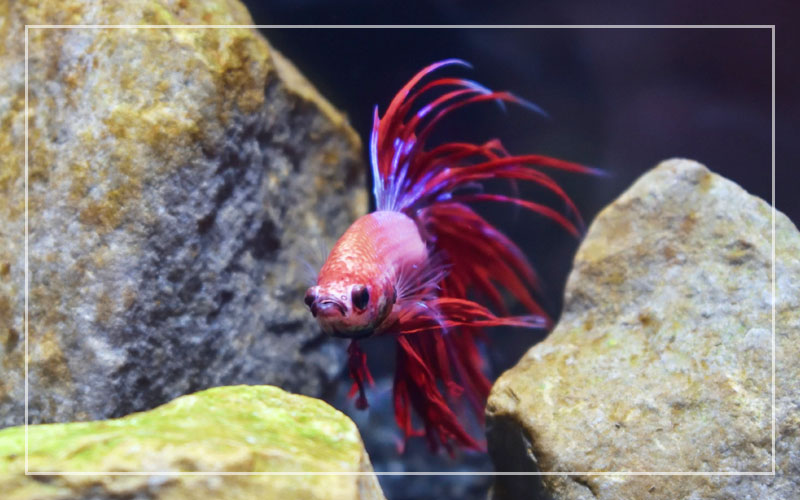 The betta fish is one of the most popular fish for fish tank owners. There is little surprise that they are so popular – the stunning colors and the unique behavior makes them a very desired fish species.

Originally from the Southeast Asia, the betta fish is today one of the most popular fish all around the world. But its original habitat is the floodplains and the rice paddies of Thailand, Cambodia, Vietnam and Laos.

These fish are found mostly near the Mekong River and its side rivers. It has been confirmed in February of 2019 that the betta fish is now officially Thailand’s national aquatic animal. We might need to take care of it, though, as it is marked as vulnerable in its habitat according to the conservation status.

2. Bettas are Territorial and Aggressive

Expect no love from the betta fish towards other betta males or males from other fish species. The betta fish, also known as the Siamese fighting fish, will not get along well with males and will become territorial and aggressive towards them.

Even if you want to keep a betta in a community tank, please take care that the fish in the tank are capable of defending themselves and that you give the betta enough space to refrain from being aggressive in the first place.

3. Bettas Come in Many Colors and Tail Shapes

There is a lot of variety with betta fish, which allows you to choose what sort of betta fish. You can pick the colors, the shape of the fins and tails, which vary largely.

This allows you to pick the betta fish you like the most. The bettas have one of the most captivating appearances.

All of these are unique and stunning to look at. As for the colors, the choice is endless; the most common color is blue, but there are many color variations – red, black, orange, pink, yellow can all combine on bettas body.

An important fact to know about the bettas is that they are omnivores. This means that they are not very picky with their food and will eat both meat-based as well as vegetable-based foods. In natural surroundings, the bettas will often swim to the surface and feed on there.

They really like to eat bloodworms, brine shrimp or daphnia. But they will be happy if you buy them high-quality pellets made especially for the bettas. These often contain more than enough nutrients for their healthiness. But remember to keep a variety in their diet, which will keep them happy and healthy.

5. Bettas Can Breathe Air at the Water Surface

As we have already mentioned, the bettas tend to swim towards the surface and pop out from the water from time to time. From there, they will hunt their prey and catch some oxygen from the air.

Their bodies allow them to do so, as they have an interesting body organ called the labyrinth organ, or the labyrinth gills. This part of their body allows them to breathe for a short amount of time before they descend back to water again. Interesting little fish, aren’t they?

In general, it is quite easy to determine whether the betta fish is male or female. There are some factors that decide the gender of the fish, which will let you differentiate males from females. In juveniles, this is much harder to do; these factors only apply to mature fish.

Males have more vivid colors than females, while females will display vertical stripes on their bodies. Usually, there is also a difference in their body shapes – the females are shorter and wider than males. Males also have longer fins and a “beard” on the bottom of their heads – a membrane-like structure that looks like a beard.

The breeding process is quite interesting with the betta fish. The males play a key role here, as they build nests before they start breeding. They do this by swimming to the surface, gulping some air and then blowing some bubbles that are coated with mucus to create nests.

The whole breeding process happens very quickly; normally, it is over in a couple of minutes after the male manages to attract the female. The male catches the female with his fins and embraces her, then fertilizes the eggs within the female.

The female is then left in a sort of a trance, and then she starts spawning eggs from her body. Initially, she does not spawn many eggs; normally, she spawns ten to fifteen; in some cases, even more. The male then catches these eggs and protects them aggressively. 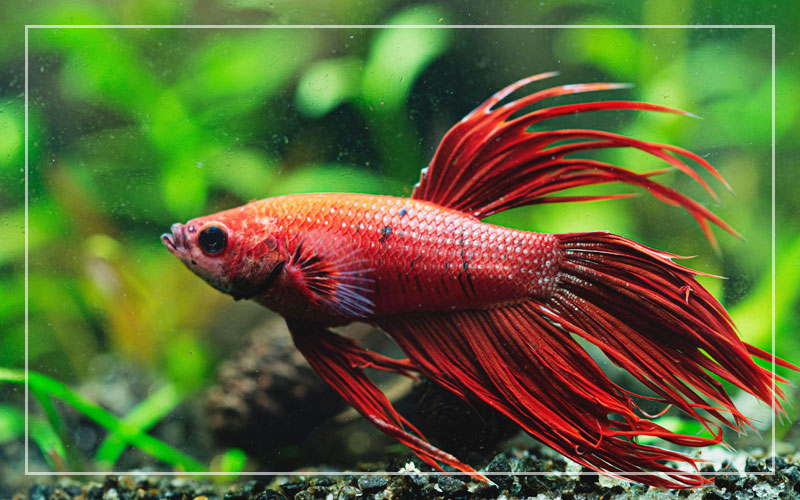 Once the eggs are spawned, the male will take care of these eggs. He carries these eggs to his bubble nest and protects them from the female and other possible predators.

The eggs hatch about 24 to 48 hours later. Then, once the fry hatch, the male will aggressively protect the fry against anyone trying to interfere for 3 or 4 days.

The variety is astounding, and no type of fish is the same as another; they are all unique, which makes them even more special. The morphs can vary in colors and the shapes of their bodies and fins, allowing you to choose freely from the various types of stunning betta fish.

11. Bettas are Easy to Keep Fish

If you are considering betta fish for a community tank, it might not be the best idea ever. That is because the bettas can turn very aggressive towards other males and smaller fish, and might get territorial.

Don’t be surprised if you see one of your other fish get hurt next to the betta fish. To avoid that, consider the whole setup first before getting the betta in. Ideally, it should be kept on its own, with maybe some shrimp or snails in the tank.

13. Bettas Can Live for a Few Years

14. Betta Fish Should not be Kept in 1-Gallon Bowl

You should never keep a betta fish or any other fish in a 1-gallon bowl. Just don’t do it. Bettas are not accustomed to having little to no space. These fish require much more space than just a bowl.

Ideally, at least 5 gallons per one betta is good, but a larger tank won’t hurt. Just don’t keep them in small bowls, this is a special species that should have enough space to thrive.

What many people like about the bettas is that they are very intelligent, perhaps above average in terms of intelligence.

They will recognize their owners, which will allow you to build up a special relationship with the fish along the way. The betta is certainly not an ordinary fish and should be treated like that. 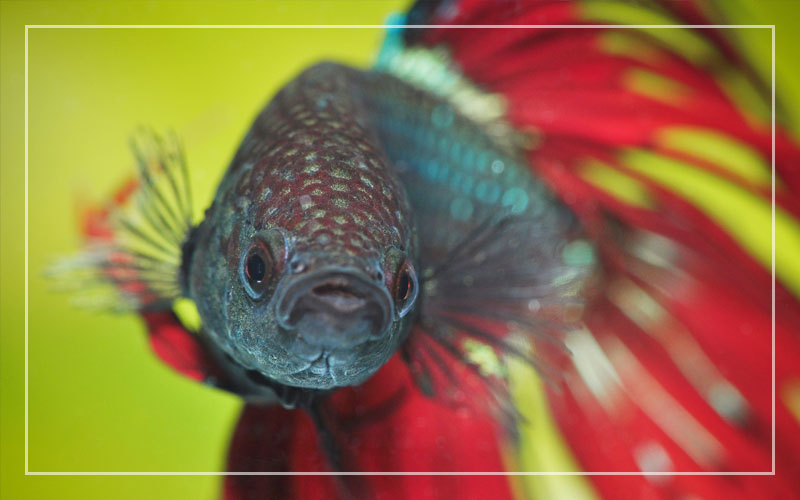 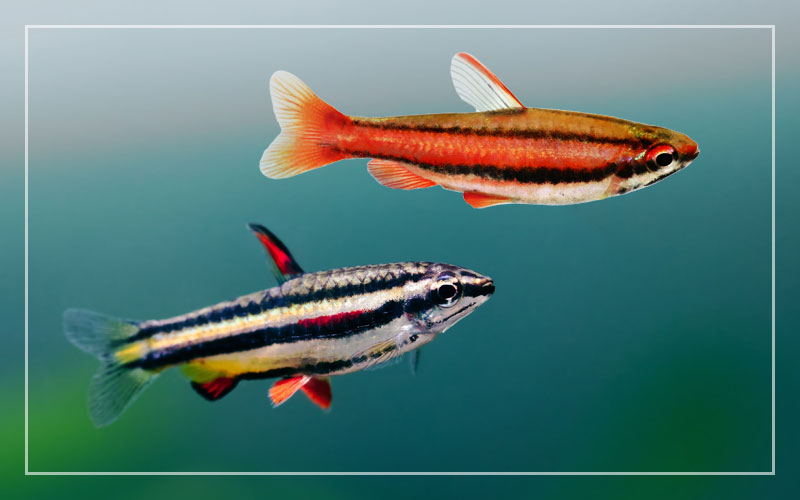 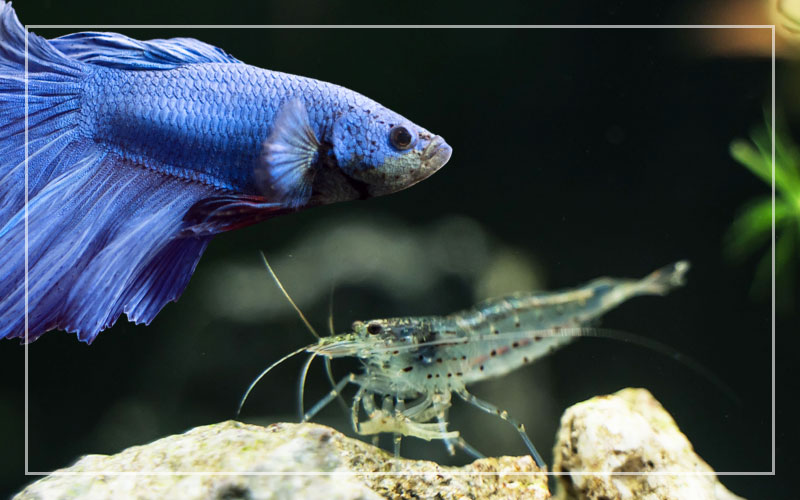 Betta Fish and Amano Shrimp – Can They Live Together?