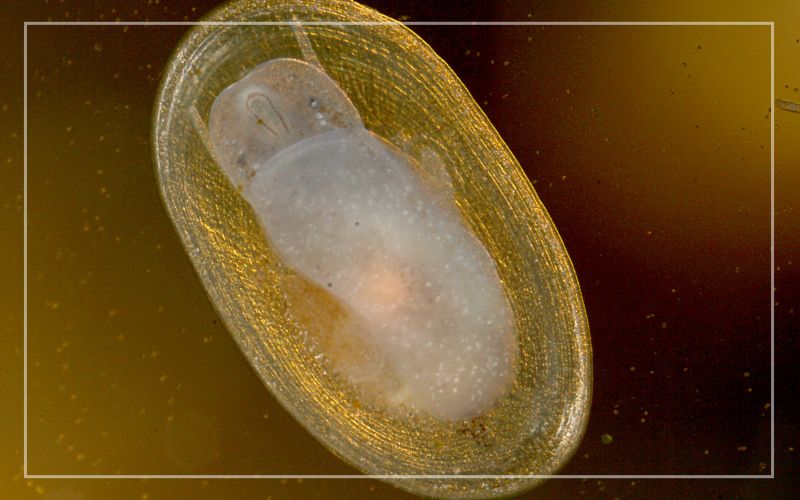 Keeping an aquarium is a rewarding experience, but it isn’t always easy. Unfortunately, all aquarium setups are prone to nasty infestations. Once you’ve had a fish tank for a while, you’ll get accustomed to bacterial blooms, planaria, copepods, and snails.

Well, even if you thought you’ve seen it all, there’s always something new to throw you for a loop.

There are less common but even more troublesome pests— the dreaded freshwater limpets. You might be dealing with those if you’re suddenly seeing sinister little golden or white specks sliding over the aquarium glass.

If that’s the case, keep reading. This article will help you familiarize yourself with limpets. You’ll also learn how to get rid of them.

What are Freshwater Limpets?

These organisms are considered a pest and are often encountered in the aquarium hobby. Their small size makes them go unnoticed, and their resilience to different environmental conditions makes them quite difficult to kill.

Limpets are biologically classified as snails but appear more similar to clams. They have conical disk-shaped shells and a muscular foot they use to move around.

Limpets can also change their color to blend in with their environment. These small creatures might be grey, golden, brown, or even have a greenish tint.

You might be unable to tell anything about their appearance or even know they’re in your tank. That’s because limpets are so small.

The smallest specimen measures up to two millimeters, or less than one-twelfth of an inch. Limpets can reach sizes up to 60 millimeters or 2.3 inches.

Like all snails, limpets are good at clinging and sliding. In the aquarium, they cling to decorations, plants, gravel, and even the aquarium walls.

When they slide around, they leave behind traces of slime, soiling the aquarium glass and other surfaces. But that’s not the worst part.

By far, the worst thing about limpets is how quickly they reproduce. These organisms are prolific hermaphrodite breeders. Under the right aquarium conditions, they can multiply rapidly and breed multiple times within a year.

What do Freshwater Limpets Eat?

Freshwater limpets are snails, so they eat most of the same things that regular snails enjoy. They’ll climb and slide all over the tank, searching for plant foods and detritus.

Their favorite food is algae, but they also eat dead plant matter, bacterial slime, fungus, waste, and leftovers from your fish.

They don’t normally attack fish or other invertebrates for food. But if the prey is small enough, limpets might eat it, especially if it encroaches on their territory.

The scavenging behavior makes limpets a decent option if you’re looking for an aquarium cleaning crew and don’t have much room left for other fish or larger snails.

But what about your live plants? Well, you can breathe a sigh of relief. Freshwater limpets are not a danger to your plants. These snails don’t eat live plant matter.

Part of it is because they’re scavengers and not purely herbivorous. It’s also thanks to their unique eating style. Rather than biting into their food, these organisms use their teethed tongues to scrape food off surfaces.

How do Limpets Get into Fish Tanks?

Like other pests, limpets get into your tank via accidental contamination. The most common culprit is aquarium plants.

Plants are the perfect hiding spot, especially for small organisms and eggs. Limpets might also hitchhike on rocks and other decorations kept in contaminated aquariums.

Unfortunately, freshwater limpets are super small. They also change their color to blend in with their environment, so you might not notice small colonies on plants and rocks.

You should be cautious with new additions to the tank. Even if the decorations look fine, limpets might still be hidden in plain sight.

Luckily, limpets aren’t parasitic and won’t infect fish. So, there’s no chance of introducing limpets when adding new fish to the tank.

Always wash and disinfect rocks and other decorations to minimize your chances of a limpet infestation. For plants, you need a quarantine period to observe and treat potential issues.

Benefits of Limpets in the Aquarium

Limpets are considered a pest, but not everything’s bad about them. Some aquarists like keeping these snails around for a few good reasons.

You don’t want these things around because they can lead to spikes in toxic compounds like ammonia. If ammonia and nitrite control are priorities for you (which they should be), this little snail does an excellent job in this regard.

They help you maintain healthier plants

Aquarium plants can also get parasites, often in the form of fungi or algae. These organisms grow quickly and can sap a plant’s nutrients and even attack the plant itself.

Perhaps you’ve already faced a dilemma if you have plants with high light requirements.

Excess light encourages algae growth. But turning down the light intensity might impact your plants too. So, what then?

Algae eaters to the rescue! The ever-hungry limpets will take care of algae before they take over and starve your plants.

They’re a good snack for some aquarium pets

Certain fish and snails will sometimes consume limpets in the tank. These small snails might not be very nutritious since they’re so small and hard to digest.

But as a snack, they help keep your pets entertained. Snail-eating species like loaches, catfish, and assassin snails will get a kick out of this novel food source.

Limpets are harmless to plants and fish

Although they enjoy eating plant matter, limpets don’t bite into live plants. They will eat detritus and algae off the plants without causing damage.

Limpets also don’t hunt for food and are unlikely to attack larger species. Lastly, because they aren’t a parasitic species, there’s no risk of fish being infected.

Drawbacks of Limpets in the Aquarium

Limpets are pretty good for your tank. But of course, they wouldn’t be considered an annoying pests if they didn’t have some serious disadvantages. Many people try to eliminate limpets from their aquariums because of the following drawbacks:

Limpets are not parasitic, but they might carry parasites that will spread to your fish. Blood flukes are the most common in this species, and this parasite also spreads to other species in the tank. Parasites can also negatively impact water quality, so they can harm your fish even without directly infecting them.

They can be territorial and aggressive

Limpets are mostly peaceful but can become aggressive when other tankmates enter their territories. Naturally, these snails colonize rocks and similar surfaces in the tank and will attack smaller fish and other invertebrates that come too close.

The attacks won’t kill fish but might cause a lot of stress. Limpets will also eat smaller invertebrates if they threaten the colony or food sources.

They’re hard to keep in check

Limpets multiply like crazy and are almost impossible to get rid of. You can’t control the population. You might like to keep just a few limpets, but you’ll still end up with hundreds of them sooner or later.

These snails will thrive if there’s enough food in the tank. Since you can’t starve your fish until the snails die, you’re not left with many options.

Most water treatments against limpets will also harm other invertebrates in the tank and might be ineffective against limpet eggs.

A few limpet snails won’t be much of an issue. But you might not have “just a few snails” for long. Once the limpets reach significant numbers, they’ll stick out like a sore thumb.

Although tiny, they become noticeable when they gather together in colonies. You’ll most easily see them on rocks, plants, and the aquarium glass.

Like all snails, the limpets also leave slimy trails everywhere, gunking up your plants and aquarium walls.

How to Get Rid of Limpets in the Aquarium?

The bad news is that there’s no quick and easy solution to eliminate limpets. On the flip side, there are still things you can do that will reduce the limpet population and hopefully eliminate the pest.

With a bit of patience, the following steps will make a huge difference:

Limpets are scavengers and big algae eaters. Take away their food source, and they’ll starve and die. You should regularly remove leftover foods, fish waste, algae, and other detritus. This means more frequent aquarium maintenance.

Start by doubling the frequency of water changes, substrate siphoning, and aquarium cleaning.

Try scraping off as much of the algae as possible. Avoid overfeeding your fish, and remove any uneaten foods as soon as possible.

2. Use traps and manual removal

Getting rid of limpets requires some elbow grease. Hands-on work is the best way to eliminate as many snails as possible.

Snail bait traps work well and help you catch dozens of snails at a time. You can also remove the snails by hand whenever you spot them.

Do these things frequently enough, and the limpet population will dwindle little by little.

You can also starve the snails by adding competing species. Algae eaters and scavenging fish eat the same foods that limpets enjoy.

But these aquarium pets are faster and can eat much more than snails. The limpets won’t be able to compete for food, so they’ll start dying off. Some good species include shrimp, otos, loaches, catfish, plecos, and mollies.

This method is self-explanatory. Snail-eating species will eat the limpet snails in the tank, thus reducing the snail population.

There are many suitable fish species for this. Some of the most popular ones include Corydoras, clown and yoyo loaches, goldfish, puffers, and African cichlids.

Note that this method won’t be as effective as the other ones. Sometimes, snail-eating fish won’t bother with limpets or will eat just a few of them.

Limpets use their strong foot to hold on tight to rocks and other surfaces. Sometimes, the fish are too lazy to pull the snails off.

Finally, you may want to give disinfectants a try. No-Planaria, a popular worm disinfectant, is sometimes recommended as an effective treatment against aquarium snails.

It won’t hurt your fish, plants, or shrimp, but it should make a dent in the limpet population.

Many people find success using this product, although it may not work for everyone. Aquarists have mixed experiences when using No-Planaria on limpets.

This product seems to be hit-and-miss but is still worth a try as a last solution.

Freshwater limpets aren’t as common as other pests. But once you get them, getting rid of them is an uphill battle. These little snails breed quickly, and there are virtually no known water treatments to kill them.

Some people use No-Planaria successfully, but it doesn’t work for everyone.

The best way to eliminate them is using the old-fashioned bait trap or manual removal. It might take a while. But, on the flip side, you can relax knowing that limpets aren’t a threat to your fish and plants.

At least these pests do something useful to help water quality. Limpets are amazing for cleaning algae, fungus, debris, and other yucky things from your tank. 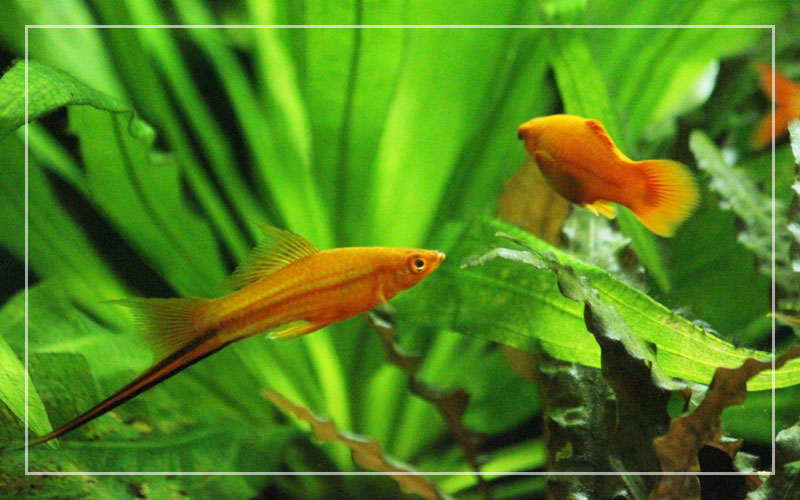 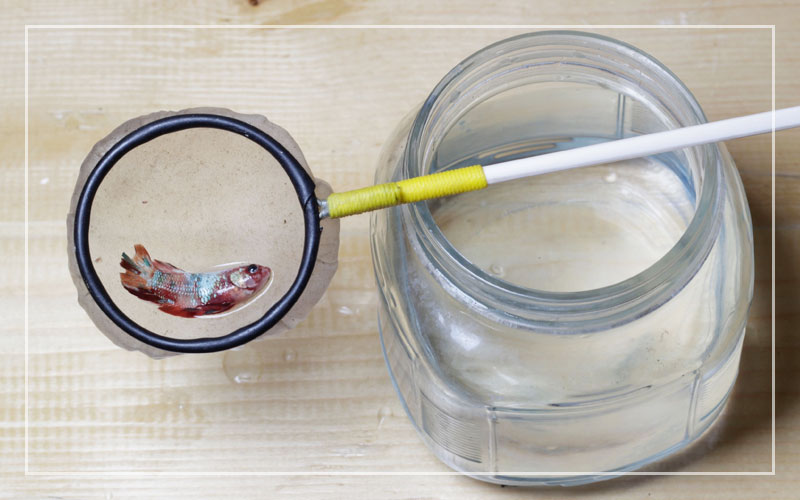 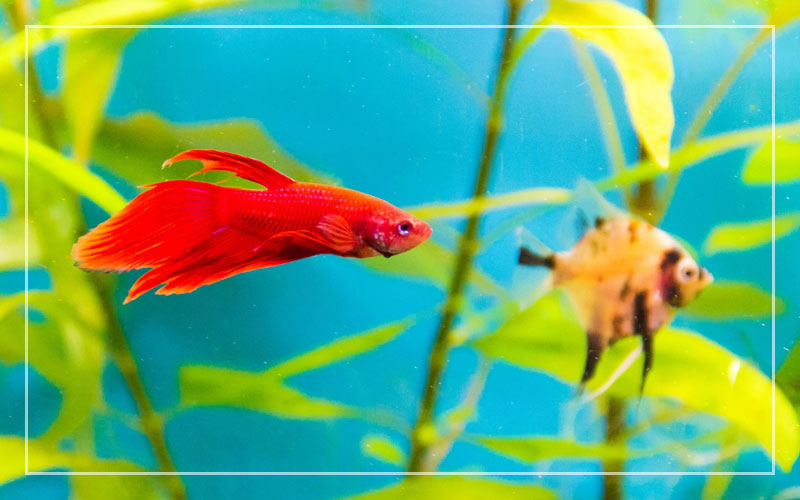 Betta Fish and Angelfish – Can Live Together? 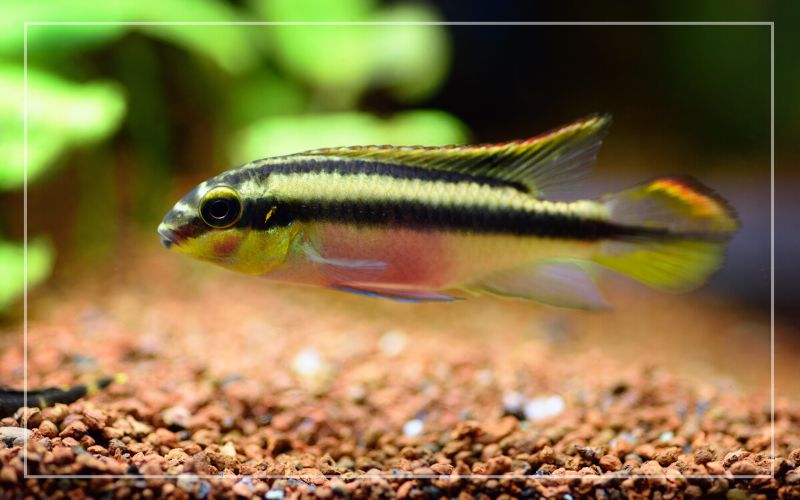