How to Culture Daphnia for Your Fish? 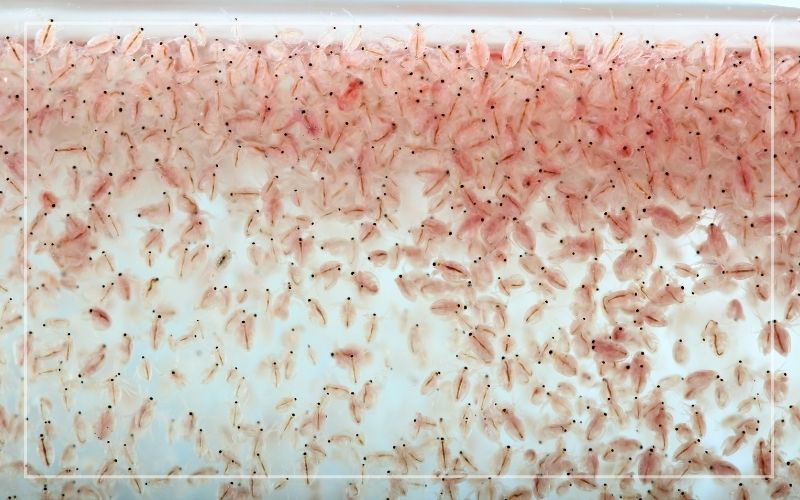 Home » Tips & Tricks » How to Culture Daphnia for Your Fish?

Nothing beats feeder cultures in terms of producing fish food for your aquarium fish. Commercial food is often packed with additives and is highly processed, which destroys many of the nutrients that your fish need. This is why so many people rely on live foods as the primary source of sustenance for their aquatic pets.

Today, we will discuss daphnia cultures. How do you set one up, how to maintain it, and how do you harvest the micro-creatures effectively?

Daphnia are tiny planktonic crustaceans and are most widely known as water fleas. The creature’s name comes from Daphne, a naiad nymph in Greek mythology, which essentially made it a minor water goddess.

Daphnia only grow up to 5 mm, although most will remain around 3 mm in their adult form. Visually, these creatures don’t look like your typical crustacean. They are somewhat similar to a flea in terms of overall body structure and shape, which is where the association comes from most likely. They are bulky with a large abdomen and small heads, decorated with several thoracic appendages.

These animals can spread in the thousands in even the smallest environments, and they’re rich in protein and fat. These facts alone make them ideal as feeder animals for most fish species. 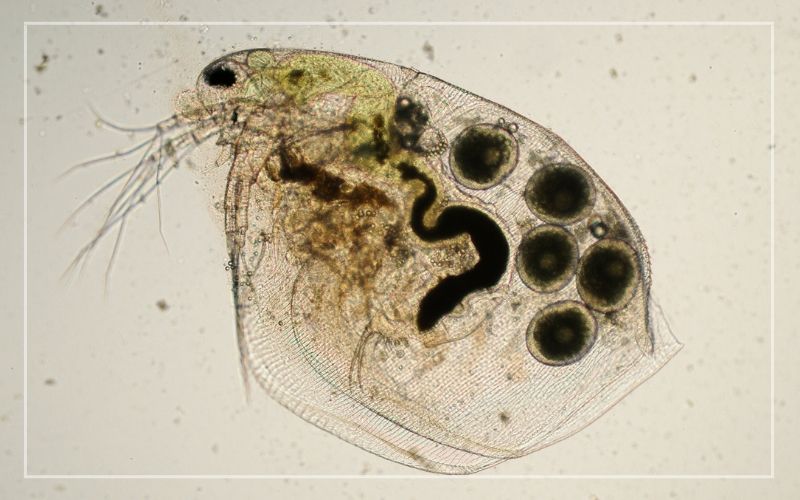 What do Daphnia Eat?

Daphnia rank as filter feeders, which means that they consume micro-particles floating in the water. These particles include general detritus, algae residues, and plankton, among other things. In essence, they’re easy to feed because they are highly adaptable and opportunistic eaters.

How to Start a Daphnia Culture?

The following represents the essential steps to setting up an optimized daphnia culture:

Once the culture is set up, consider the following maintenance tips:

How do You Know if a Daphnia Culture is Dead?

The most tell-telling sign is the presence of dead daphnia accumulating in large numbers on the substrate. A thriving, healthy culture should contain daphnia of various sizes floating in the water. Daphnia never rest on the bottom of the tank, so noticing them immobile on the substrate in large numbers is a clear sign that the culture has crashed.

There may be many reasons, but water parameter inconsistency is the most common one. Dangerous fluctuations in temperature, pH, and overall water quality can cause the daphnia to die, crashing the culture along with it.

This is why you should always have several daphnia cultures in place in case one culture fails.

How to Harvest Daphnia?

Daphnia spend most of their time near the water surface, making them very easy to collect. You can use a fine strainer net to gather as many daphnia as you can and place them in a separate bowl for later use.

Or you can pour them directly into the fish tank if you harvest them near the feeding time. Don’t worry about getting too many of them. You should typically collect at least 25% of your daphnia once per day, because these little creatures multiply fast. They will restore their thinned ranks immediately after harvesting them.

How to Maintain a Daphnia Culture?

The maintenance process is quite straightforward. Just follow these tips:

After all is said and done, your daphnia culture will eventually fail, despite all your valiant efforts. If that happens, you simply reset the culture and rely on your spare cultures to take over in the meantime. So, yea, have at least one spare culture available.

Can You Start a Daphnia Culture Without a Starter?

Despite what you may read online, I would say that starting a daphnia culture without a starter is close to impossible. It’s not quite impossible because I guess you can achieve it, but it takes a long time, and it’s mostly a game of chance. Some people recommend keeping a bowl of water outside with some grass inside and waiting it out. Daphnia should appear after some time.

But what does ‘some time’ actually mean? Nobody knows for sure. Some claim it can take days, other weeks, while others state that it takes months. In many cases, no daphnia will appear at all. So, it most likely depends on where you live.

Then you have the problem of unwanted contamination. The idea is to keep the container outside, where many other insects can contaminate the water. So, even if you do get daphnia, you will also get a lot of unwanted hitchhikers on the side.

I recommend getting a starter, especially since these are easy to find and cheap.

Daphnia are great for your fish since they are rich in protein, carbs, and fats and have healthy amounts of vitamin A and D. These provide the fish with valuable nutrients, especially during their early developmental phases.

As you can see, daphnia cultures are quite easy to set up and maintain, and they require minimal investments along the way. There’s no reason not to have at least several of them in place. 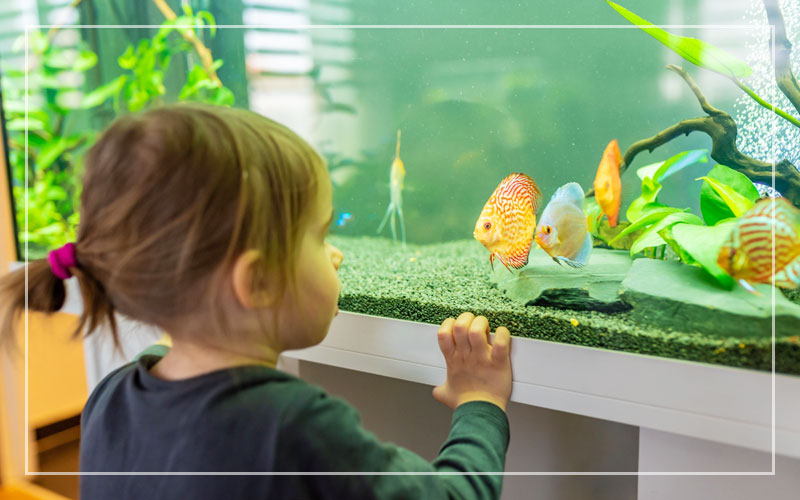 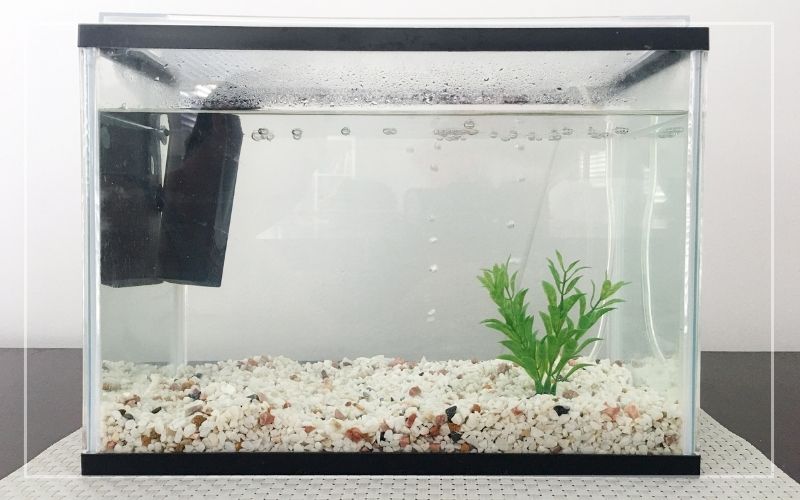 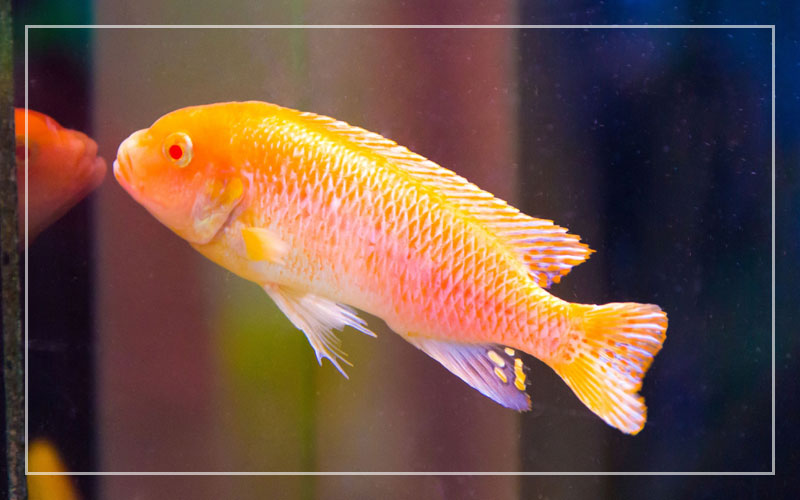 How to Cure Sunken Belly in Aquarium Fish? 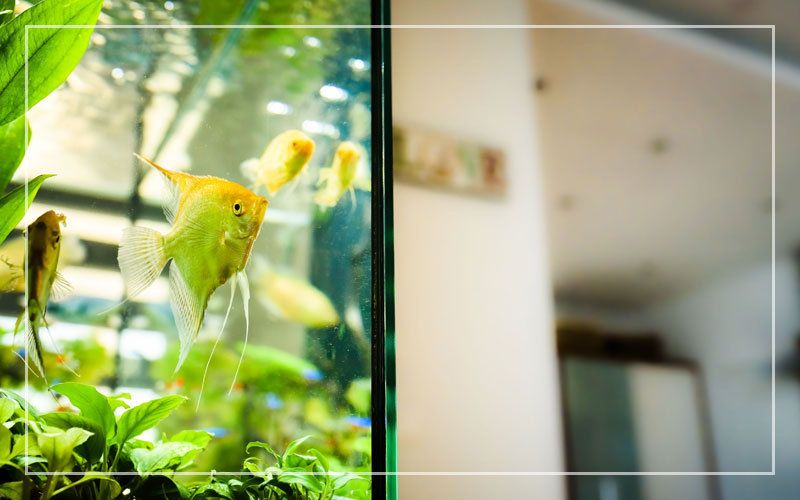 Where to Place Your Fish Tank?