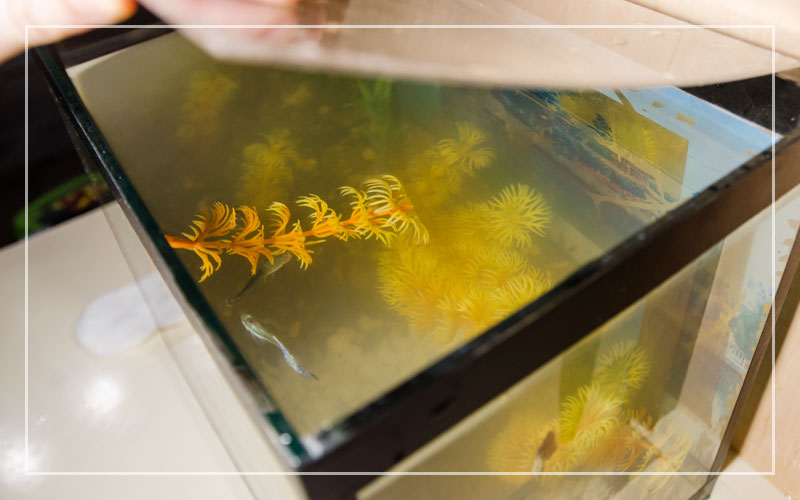 Every proud Betta owner will, sooner or later, have some kind of issue with the clarity of their tank water. Some reasons are really banal and can be fixed in a record brief time.

The water in your betta fish tank can get cloudy for various reasons, such as new tank syndrome, disturbed substrate, overfeeding, filtration issues or even due to water changes.

That is why knowing the most common and frequent causes will help give a sooner answer to why is the water of Betta fish cloudy.

Below, you can read about the most common reasons of cloudy aquarium water in betta tanks and how to prevent and fix such problems.

Before placing fish into their new permanent aquatic home, owners need to perform a tank cycle. Such activity involves setting up the entire tank with substrate, decorations, and plants followed by a water fill-up and the addition of a neutralizer. This will allow for beneficial bacteria to grow inside the tank, mostly around the filter area.

Such performance can last from four to six weeks, so it is not unusual for the water to become cloudy at some point. However, this is perfectly normal and harmless so there is no need to worry, or even to do anything about it.

Bacteria will eventually grow to the necessary number and they will start doing their job soon enough, balancing the water features and clearing it out.

The disturbed substrate is definitely the most frequent cause of cloudy tank water.

This happens quite often when placing new substrate (such as beach gravel) into a tank without thoroughly washing it first.

However, it can also happen frequently enough with existing substrates. In that case, substrates that are filled with debris release muck when being disturbed and cause cloudy water. Fish waste and food residues sink to the bottom of the tank, leaving dirt across the substrate.

Whenever such substrate gets touched or moved, built-up sediments will immediately be released into the upper parts of the tank. In such cases, cloudy water is a clear sign that the tank needs to be cleaned up as soon as possible.

A good way of keeping substrates free of such unwanted debris is by regularly vacuuming them whenever other tank cleaning activities are performed. So, once per week is ideal.

Taking the tank filter out of the water and washing it thoroughly with tap water, or even with soap, is not a good idea.

Even if one may think that the filter is now amazingly clean, water will start becoming cloudy soon enough after doing that. Indeed, filters act not only as tank cleaners but as well as a home for most of the beneficial bacteria in every aquarium.

That is why filter cleaning activities can almost always lead to cloudy water. Bacteria will die and there will be nothing else besides the filter itself to clean out the fish environment. Such bacteria act as aquarium friends and one surely wants to have them all the time.

To avoid such unpleasant situations, please make sure to simply rinse the filter in aquarium water when cleaning it. Also, be attentive not to let it stay out of water for longer than two or three minutes.

4. Too Much Water Change

Just as any other type of fish, Bettas require certain water conditions to survive. These are multiple and include pH and oxygen levels, warm temperatures, and other specific requirements. And whenever these get imbalanced, fish will become stressed or even sick.

Generally, water changes need to be performed once per week and to replace from 10- to 20% of tank water only. Otherwise, you may be risking of water specifications becoming completely out of balance.

Replacing too little amounts of water means that the cleaning process cannot bring to the wanted results. On the other side, replacing too much water can bring to disbalance and, ultimately, cloudy water.

In such cases, cloudy water is a clear indicator that something is wrong. And your Bettas may feel that, too. Changing too much water brings to completely new environmental conditions for a fish, which can ultimately bring to too much stress.

Bettas may seem like voracious eaters, but this does not mean that one should offer them more food from the recommended amounts. Overfeeding can either bring to constipation or obesity to Bettas who decide to eat all the offered food. On the other side, it can harm the water conditions if fish decide to leave the extra amounts of food.

Indeed, food leftovers that are not immediately removed from the aquarium will sink and stay there for a while. Decaying processes will make the tank water become dirty and cloudy. But not only.

Specifically, decaying food residues will increase the ammonia levels across the water and can often bring to ammonia spikes, too. Such an unbalanced situation can bring not only stress to fish, but ultimately ammonia poisoning and death.

These severe complications can be avoided by offering recommended amounts of food to Bettas, but also with regular cleaning, a proper filter and all the helpful bacteria around it.

One could say that live aquatic plants help with basically everything, so they can surely help with clearing out the water across aquariums, too. Plants act as natural purifiers and bring to so many advantages.

First of all, they provide a home for beneficial bacteria colonies. These will ensure that ammonia, nitrites, and nitrates which are produced from fish waste and their food leftovers are broken down.

Adding to that, with live plants there is a minimal chance of getting unwanted algae in your tank. Some algae types can, on one side, make the water extremely cloudy and green-muddy.

On the other side, such algae feed on nutrients from the water, depriving Bettas of such important supplements. So, having a nice and decorative live plant inside a tank instead of some jelly-like algae sounds like a nice plan. Right?

And finally, plants are known for doing their almost magical photosynthesis. This means that they will convert the carbon dioxide from tank water to new and fresh oxygen. Such activity will ultimately increase oxygen levels across the tank, making your Bettas happier and more active.

On top of all the above, it is necessary to really point out how much Bettas love plants. They use them as a resting place as well as a playground. Marimo moss balls are amazingly helpful and easy-to-maintain plants, as well as a great company for Betta fish.

Cloudy tank water is something that almost every Betta owner will encounter at some point. Most often, this happens at the very beginning, during a tank cycle. However, it is not rare to see cloudy water even later, mostly because of inadequate maintenance.

Cloudy water is something that should not worry us too much, as it is either a sign of minor ecosystem disruptions or a warning to clean the aquarium up. Reacting promptly can leave your Bettas with no damage or stress most of the time.

To conclude, planting some amazingly simple aquatic plants like Marimo moss balls can save the water from becoming cloudy. 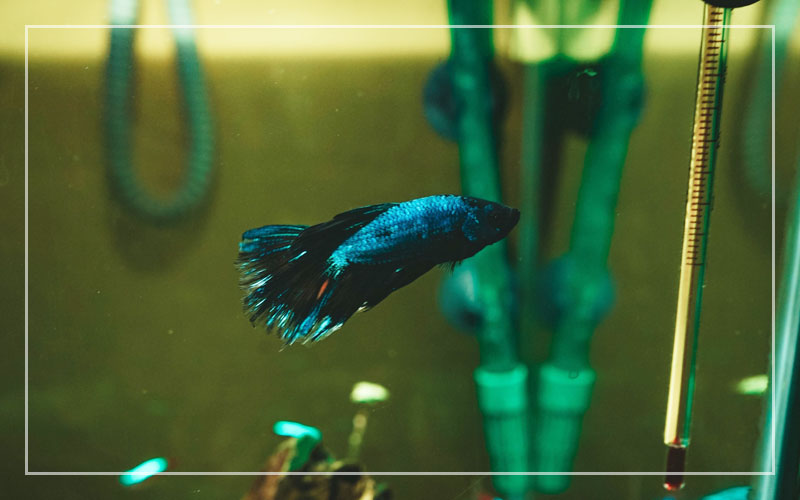 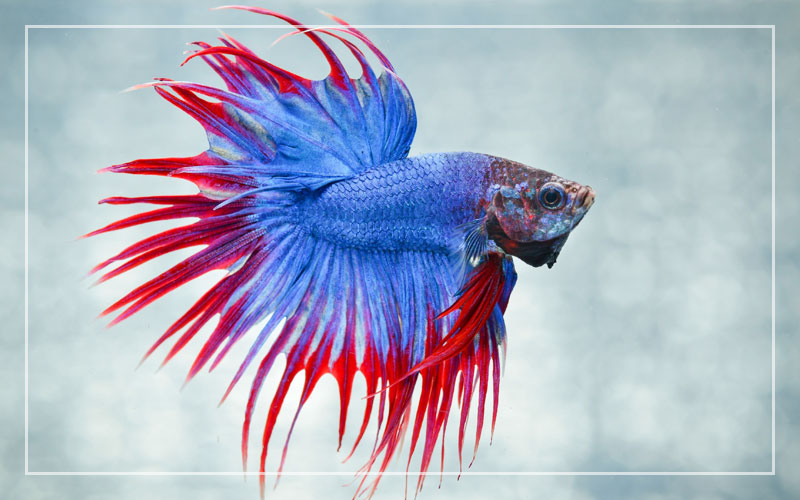 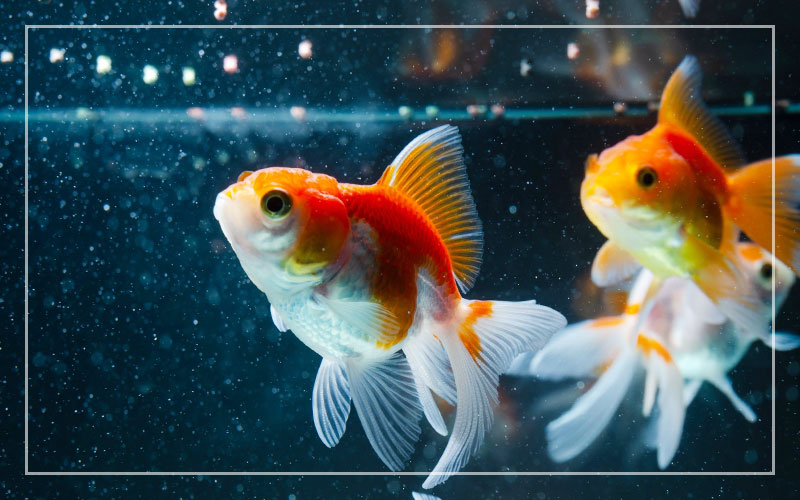 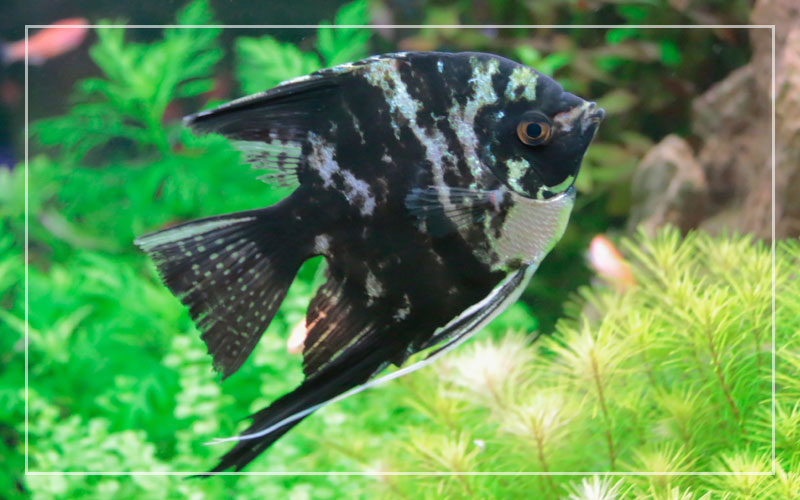