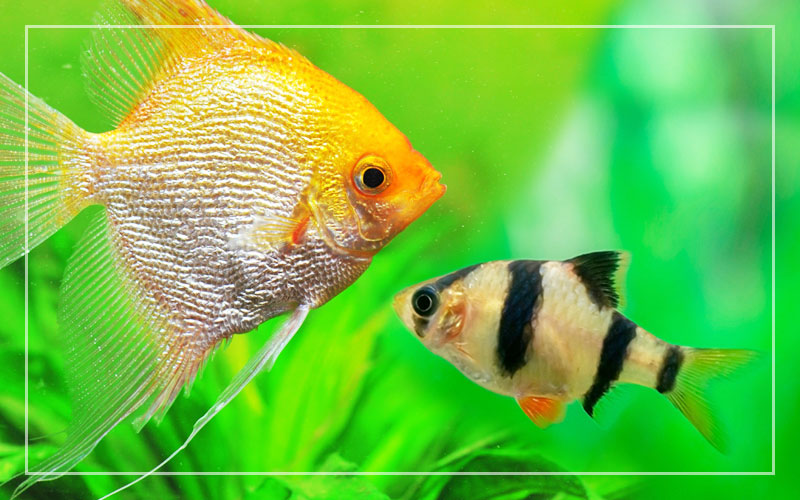 Thinking about setting up a freshwater aquarium and angelfish and tiger barbs are both on your list of preferences?

You may be fond of them dearly and although they’re both freshwater fish, that doesn’t mean they’re down to buddying up with each other.

Fish compatibility in a community tank is a tricky issue – some fish get along superbly, others…well, not so much.

What about angelfish and tiger barbs, do they get along? Can you keep them in the same tank?

Although I like them both all right, I would not recommend that you keep them in the same aquarium. They’re just simply not a good match.

But first, let’s take a quick glance at the fish profile of each species. 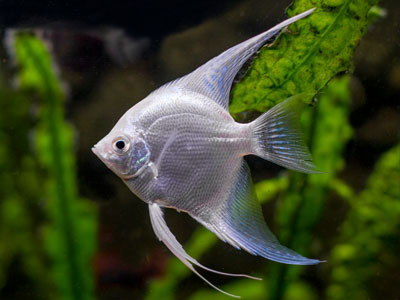 Angelfish are gorgeous tall and thin bodied fish that have the most graciously flowy fins, which truly does justice to their names.

They enjoy large tanks (30-gallons minimum) and omnivorous diet, being hearty eaters that will eat up the food you offer them in a matter of seconds.

They should be kept in pairs in smaller tanks or groups of 5 or more in bigger tanks. They’re generally a community-friendly species that can be housed with a variety of fish.

They enjoy planted tanks with plenty of hiding spaces that will make them feel comfortable.

Angelfish can become territorial especially around breeding time when they guard the breeding site and the eggs, and they may even bully each other during this time.

Tiger barbs are active freshwater fish that should be kept in schools of at least 6. Their tiger-striped bodies and liveliness makes them a great species to add to a community tank.

The tiger barb fish enjoys water temperature in the 75 – 80 degrees Fahrenheit range, water hardness of up to 10 dGH and pH of 6-7.

They feel best in tanks that are a bit larger (30 gallons) because they need enough space for swimming around. These fish enjoy an omnivorous diet.

Heavily planted tanks with rock caves and driftwood for hiding are the ideal tank set-up of the tiger barb, especially that smaller barbs may be harassed by their mates when the pecking order is being established.

Tiger barbs are semi-aggressive fish that are known for nipping at the fins of other fish.

Why You Shouldn’t Keep Tiger Barbs and Angelfish Together

While tank set-up, diet and water parameter preferences of the two species are about in the same range, the behavioral issues displayed by these fish is why you should not keep angelfish in the same aquarium with tiger barbs.

Remember the beautifully flowy fins of angelfish? And how tiger barbs enjoy nipping at fins like that?

Well, that’s a big problem right there, because injuries caused by fin nippers open the way for infections and other illnesses that can potentially threaten the lives of your angelfish.

Now, you may argue that your tiger barbs are a real special little bunch and that they wouldn’t hurt other fish, and you’d be mostly wrong.

Even if your tiger barbs are the real mellow kind or they mostly limit aggressivity towards their own mates, they may still pursue and stress out angelfish, which is also a potential health hazard.

On the other hand, angelfish are known to be bullies too and they can easily deal with a little rough and tumble in the tank, so it’s possible for them to “overpower” tiger barbs based on size considerations alone.

But that’s still a high stress environment that’s simply not good for either species. Therefore, don’t keep tiger barbs and angelfish in the same aquarium, and pick compatible tank mates instead.

Which Fish Are Compatible with Tiger Barb Fish?

If you have your heart set on tiger barbs, there quite a few fish that are compatible with tiger barb fish:

Goldfish, bettas, angelfish, guppies are not compatible with tiger barbs and should not be kept in the same aquarium,

Which Fish Are Compatible with Angelfish?

We’ve already established that angelfish can be quite the handful too when it comes to it, so picking fish that they get along with is important for everyone involved.

If you’re thinking of housing angelfish in your home aquarium, here are the fish they are compatible with:

Fish that are not compatible with angelfish are fin nippers like tiger barbs, goldfish, bettas and any other fish angelfish can mistake for food or that are aggressive.

Even if you pick compatible tank mates, do pay attention to tank dynamics and separate fish that are aggressive or engage in any other behavior that may stress or otherwise endanger the health of your fish.

Always check for compatibility when setting up a community aquarium and never go with the “let’s hope and see” approach when housing different species together.

Any injuries sustained by your fish when engaging in aggressive behavior is an infection risk that can cause problems on the long run, which you should strive to avoid.

If the fish are known to have behavioral problems, there may be ways to curb that behavior like keeping them in a large enough school, offering them enough space for swimming, adding hiding placed to the tank, etc.

You should strive to limit their aggressive tendencies even if you keep them together with otherwise compatible tank mates.

As you can see, behavioral reasons make angelfish and tiger barbs a bad match. Therefore, regardless how much you’d love to see them peacefully cohabitate, they’re simply not suitable to be kept in the same tank.

Choose compatible fish instead and everyone will be better off (including you!). 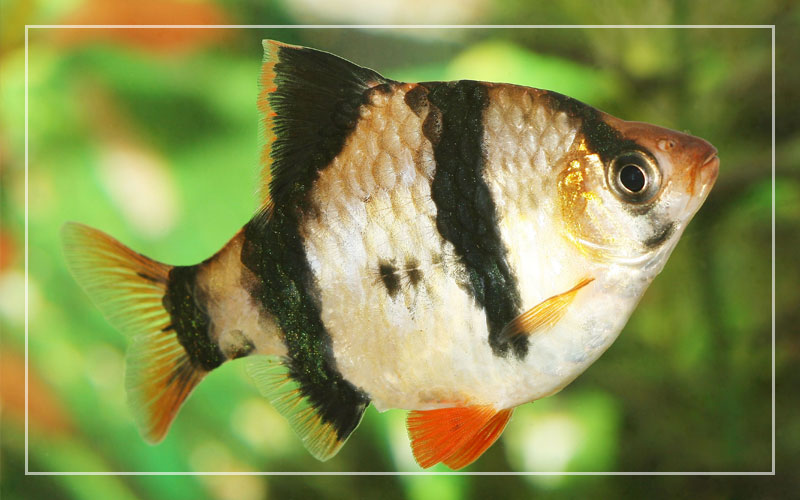 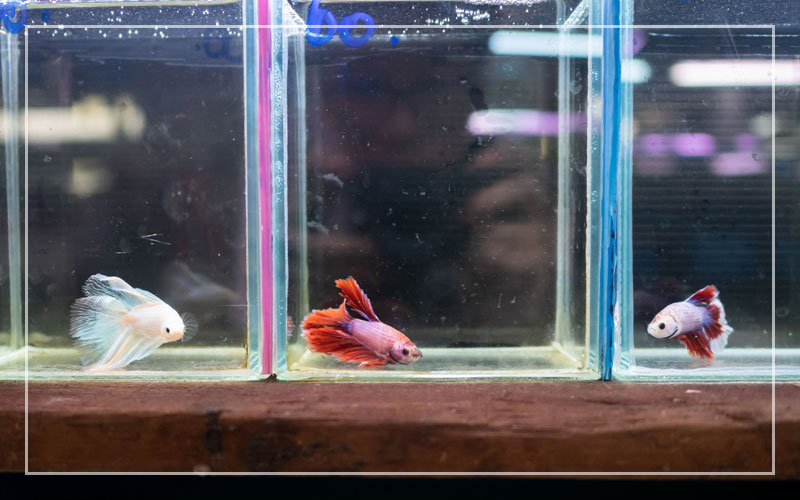 Are Betta Fish Good for Beginners? 5 Things You Should Know 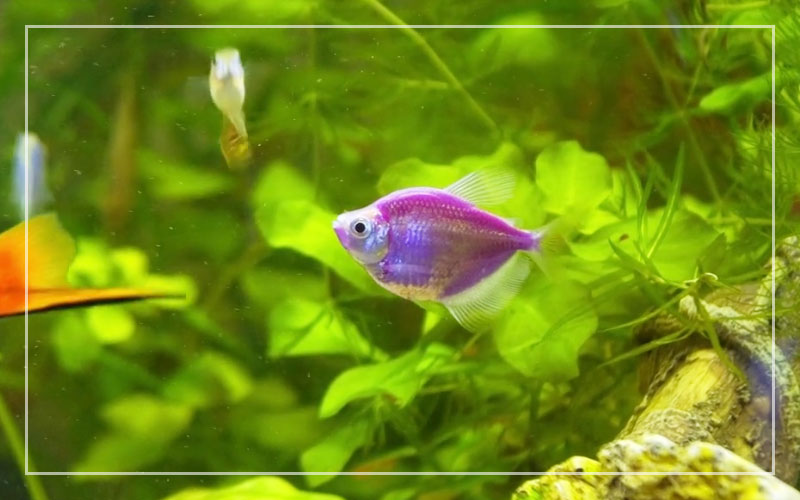 Do Glofish Need a Heater?