Named after tigers because of their black vertical stripes and orange colors, tiger barbs have been a regular presence in freshwater fish tanks for many decades now.

They’re schooling fish that prefer schools of six or more and they have a moderately aggressive side that doesn’t quite recommend them as the go-to choice for community aquariums.

If you’re considering housing tiger barbs, this article is a perfect addition to your research on this funny-looking and active fish species.

I will discuss the water requirements, diet, breeding, and other aspects about tiger barbs that are important for you to know before you embark on the adventure of raising them in a home aquarium.

In the wild, you’ll find tiger barbs concentrated in Borneo, Indonesia, Sumatra, Thailand, and other parts of Southeast Asia.

These places offer them the thick vegetation and sandy and rocky shores they enjoy. Here they also find nutritious food sources like insects, algae, detritus and invertebrates. They enjoy quiet, clean and well oxygenated waters.

In captivity, they’re quite popular around the world as a distinct-looking fish suitable for freshwater aquariums and even community tanks with carefully selected mates.

Their vertical black markings over imposed on a yellow-orange body reminds of the colors and markings of tigers, earning them the tiger barb name.

As a result of selective breeding throughout the years, other color variations have also been developed including albino, green, red and black.

These fish reach sexual maturity at around 6 or 7 weeks of age and grow to 2,5 – 3 inches big, which makes them less of a target for larger fish.

With proper diet and water conditions, tiger barbs can live up to 10 years, although the average is around five to seven years.

Tiger barbs are egg layers and their parenting skills are non-existent because they much rather eat their eggs than care for them. Therefore, artificial hatching is the single best way to breed them.

Tiger barbs can withstand a range of temperatures (as low as 65 degrees, as high as 90 degrees), yet the ideal range for them is in the 72 to 78 F range.

While breeding, they do prefer higher temperatures, somewhere between 75 and 82 F. When I breed them, I usually aim for 78 degrees.

So, we’ve established that tiger barbs are rather hardy when it comes to temperatures, however, their do require good quality water.

A 20-gallon tank is the minimum tank size that you should opt for, although I always go for bigger options. The water in the aquarium should be soft, slightly acidic (pH at around 6.5, hardness up to 10 dGH).

You should set up the aquarium in a way to provide abundant foliage at the sides of the tank and an open swimming space.

A heater is not absolutely necessary; however, you might want one if you otherwise can’t meet their temperature range.

They may be able to withstand lower temperatures, but it’s best to offer them ideal conditions either way.

Top all these off with good lighting, a fine substrate, and clean, well-oxygenated water, and you’ll be able to keep your tiger barb school happy.

Tiger barbs have a little bit of an attitude problem – they’re fin nippers and a bit of a quarreler, which turn them into potential problem fish in aquariums.

Slow moving fish, fish with long fins and very docile fish should be off limits when it comes to housing tigers with other fish. Fish that are too aggressive are also a bad match.

Fish that are not compatible with tiger barbs include:

As for the fish that make good tank mates, here are some of my favorite choices:

Plecos, clown loaches, corydora catfish can also be kept in the same tank with tiger barbs.

Tiger barbs will not only pick fights with other fish, you’ll also see them bullying their own kind, so watch out for signs of aggression even if you’re housing them with their own kind.

When kept in larger schools even in a community tank, they’re more likely to pick on each other than their other tank mates.

Also, when other fish are introduced first in a community tank and tiger barbs are added later, they’re more likely to curb their aggressive behavior.

As omnivores, tiger barbs aren’t fussy eaters, but they do thrive on variety. Feeding them a varied diet is important to maintain a strong immune system that can protect them from diseases.

If you’re considering housing shrimp in the same tank with tiger barbs, you can be sure they’ll eat them up along with any other small invertebrates.

During conditioning for spawning and spawning, tiger barbs should be fed sufficient amounts of protein to kick-start spawning and produce better quality fry.

As with any other fish species kept in an aquarium, take care not to overfeed your tigers and you perform water changes regularly to keep the water from becoming toxic to your fish.

Tiger barbs aren’t too difficult to breed. Difficulties mostly arise from determining the gender of tiger barbs and setting up multiple tanks for conditioning, breeding, hatching eggs and raising fry.

Before you can expect any eggs from your fish, first you must determine their gender, so you can pair them off.

Before these fish reach sexual maturity it’s difficult to tell them apart. Once they do reach breeding maturity, things become a little bit easier.

For the most part, females exhibit the following physical traits:

Males, on the other hand, are much more colorful:

Once you get to know this species better and build some experience under your belt, it will become much easier to spot the differences.

As I mentioned, in preparation of breeding, quality eggs and fry can be obtained after a few days of conditioning your tiger barbs.

This involves separating them in different tanks and offering them a diet that consists of 2-3 feedings a day with brine shrimp, tubifex, bloodworms, and other protein-rich food sources.

Once conditioning concludes, you can place your pair in a breeding tank that’s fitted with a spawning site (stiff brush or rayon knitted yarn) that’s designed to prevent tiger barbs from eating the eggs.

The breeding tank should have a bare bottom or you can place marbles as a substrate, which can offer some coverage for the eggs, and remove the adult fish instead of removing the spawning site.

The female lays her eggs closely followed by the male who fertilizes them. The female can produce as many as 300 eggs during a single spawning. Eggs look transparent and yellowish colored.

Removing the eggs from the breeding tank is important because tiger barbs will eat them otherwise. They provide no parental care, so it’s not worth having the eggs together with the adults.

It’s necessary to place the eggs in a separate container, where the water meets the breeding tank parameters and has been treated against fungus (with methylene blue, for example).

Aeration should be provided in the hatching tank and water should be kept clean. With good parameters and temperature (78-80 F), hatching should occur within 3 days from spawning.

Right after hatching, tiger barbs are still in a stage called larvae, which means they’ll won’t start swimming just yet.

You don’t need to feed them right away. While they’re still in this stage, they’ll still feed on their yolk sac.

Once you see yolk sacs being absorbed and larvae swimming freely, you should start feeding tiger barb babies.

Offer them freshly hatched brine shrimp 3-4 times a day, taking care not to overfeed them. Slowly, you can move on to offering them commercial fry foods as well.

Once they feed on commercial fry foods, you can move them to grow-out tanks.

Tiger barbs are an interesting fish species that can be a joy to raise provided they’re offered the right conditions and the right tank mates.

Because of their semi-aggressive nature, you should take care to only house them with compatible tank mates and offer them enough space for swimming.

Just as important is to feed them a varied diet to help them develop their beautiful colors and turn them into strong and healthy adults.

I hope this profile on tiger barb fish will serve you as a good primer of the particularities of this breed and it can help you decide whether tiger barbs are a suitable option for you. 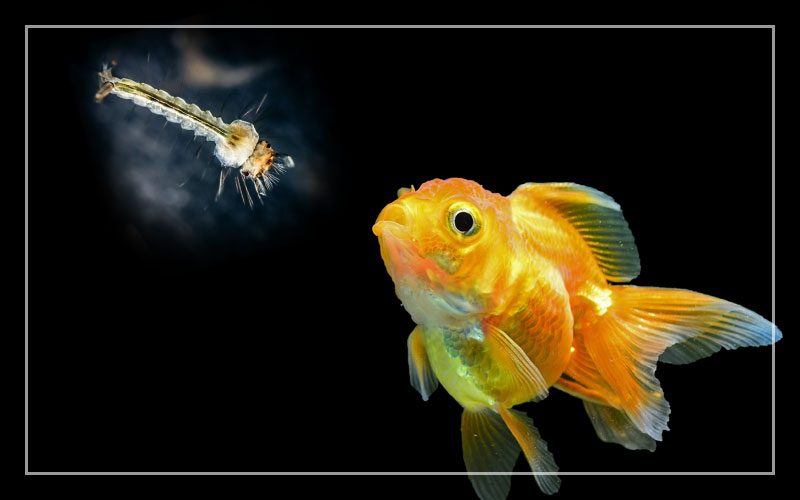 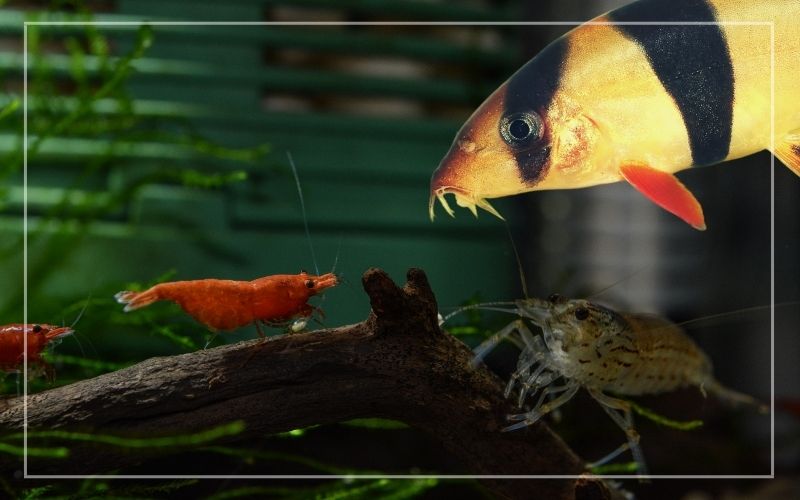