Can You Use Lava Rock as Biological Filter? 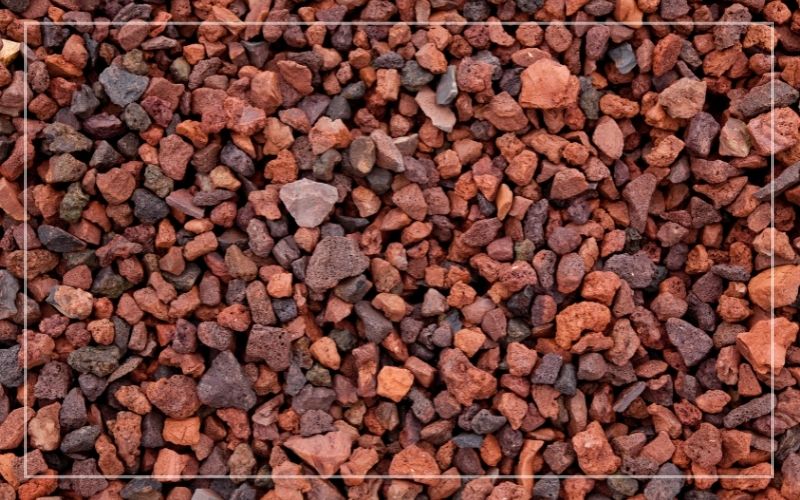 Home » Aquarium Equipment » Can You Use Lava Rock as Biological Filter?

Many aquarists use lava rock as a tank decoration and support for plants and fish. Lava rock is an excellent addition to any aquatic setup since it beautifies the environment, creating a more natural setting.

But this isn’t the only role that lava rock will play in your aquarium.

Many experienced aquarists use lava rock as a filtration element, often replacing a standard filtration system completely. But how can that be? Let’s assess the situation closer!

Yes, lava rock is actually an excellent biofilter thanks to its porous surface. Aquarium-designed lava rocks are filled with thousands of pores of different sizes.

It’s these pores that serve as breeding ground for various bacterial cultures that will invade the rocks.

The more pores there are present, the larger the bacterial cultures on the rock’s surface. These bacteria feed primarily on nitrates, lowering their impact on the surrounding environment.

While most fish species can withstand nitrate concentrations up to 20 ppm, it’s always better to have them lower. Lava rocks are such effective filtration elements that they can even replace live plants in this sense.

The bacterial cultures inhabiting the rocks will consume nitrates and produce oxygen and nitrogen in return. So, the water will be cleaner and more well-oxygenated.

How Does Lava Rock Filter Water?

This is where it gets interesting because it raises the need for extra filtration. The idea is that lava rocks can only deliver their biological benefits in an environment with some water currents.

The water flow doesn’t need to be extreme, but some water movement is necessary to harness the effects of your lava rocks.

The filtration process is simple. The water will move around the stone’s surface, forcing the nitrates to enter the pores’ openings and serving as food for the bacteria inhabiting those areas.

The clean water will then continue its movement, reoxygenating the environment and dramatically improving your fish’s quality of life.

So, you may need to use an additional filtration system to produce the water movement that you need. A mechanical filter should complement your lava rocks’ biological effects perfectly.

Just make sure that the water currents aren’t too powerful, not to disturb or affect the plants and fish inhabiting the tank.

The reduction in nitrates doesn’t correlate to the lava rocks themselves but to the bacterial cultures inhabiting them.

In other words, lava rocks don’t alter the water’s chemistry and don’t take or release any chemicals into the water. Rather, the cultures of bacteria inhabiting the rock’s spores are responsible for that.

You should assess your nitrate levels constantly to see how much of an impact your lava rocks have on the environment. A well-cycled tank should produce sufficient nitrates, preferably within the safe parameters.

If nitrates seem to go down after introducing the lava rocks, it means it’s working.

Just remember to give your lava rocks some time. They will take some time to grow their bacterial cultures into a self-sustainable biome, covering the stones’ entire surface. This may take weeks after adding them to the tank.

No, lava rocks don’t alter the water’s pH, nor do they affect the water’s chemistry in any way. Except, of course, if you ignore the rocks’ effect on the nitrate levels.

These rocks are generally safe for fish and plants. I say ‘generally’ because they might not be in some instances.

We’ll break this down shortly.

Is Lava Rock Good for Plants?

Yes, lava rock is great for plants thanks to the bacterial cultures it produces. These bacteria produce oxygen and nitrogen, which plants can use for their own benefit. After all, all plants consume oxygen when light levels drop.

Interestingly enough, lava rock is also useful in gardening, as it provides plants with a variety of benefits. One of them is preventing water evaporation from the soil which keeps plants more hydrated for longer.

You won’t need this perk for your aquarium plants, but it’s interesting to see how appreciated lava rock is in gardening and plant care in general.

Can You Use Lava Rock as Substrate?

Yes, lava rocks work great as substrate as well, but this depends on your overall layout and tank profile. For instance, lava rock alone isn’t optimal for rooted plants because lava rock is an inert material.

In other words, it doesn’t hold any nutritional value, so additional fertilization is necessary to support your plants.

Root tabs are great options in this sense.

Another problem is that lava rock substrates offer poor rooting support. You should provide your plants with additional anchoring support until the root system is powerful enough to take it over.

If you were to ask me, I would recommend enriched soil for heavily planted aquariums. This type of substrate is ideal for plants thanks to the high nutrient content and great anchoring basis.

Sand, gravel, and rocky substrates, including lava rock, are ineffective due to being inert, among other things. They sure look nice, though.

This being said, lava rock can actually be detrimental to your aquarium in some scenarios.

When it comes to using lava rock safely, consider the following:

Moving forward, I advise against cleaning your lava rock too often. You may need to scrub it occasionally to remove algae deposits, excessive dirt, fish waste, or food residues, but be careful about it.

Don’t scrub too much, and don’t use cleaning chemicals or chlorine-filled tap water. Doing so will kill the bacterial cultures that colonize the rock, killing your biological filtration system.

Lava rocks are great additions to any aquatic setup. These won’t affect water quality or chemistry and provide fish with a more natural setting.

They also look great as tank decorations overall, so it’s a win-win, however, you would look at it. 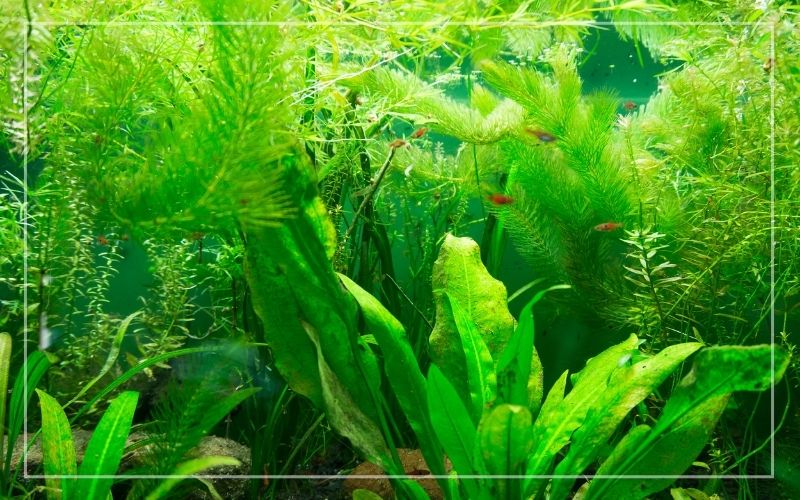 How to Hide Your Aquarium Heater?

How to Soften Aquarium Water? 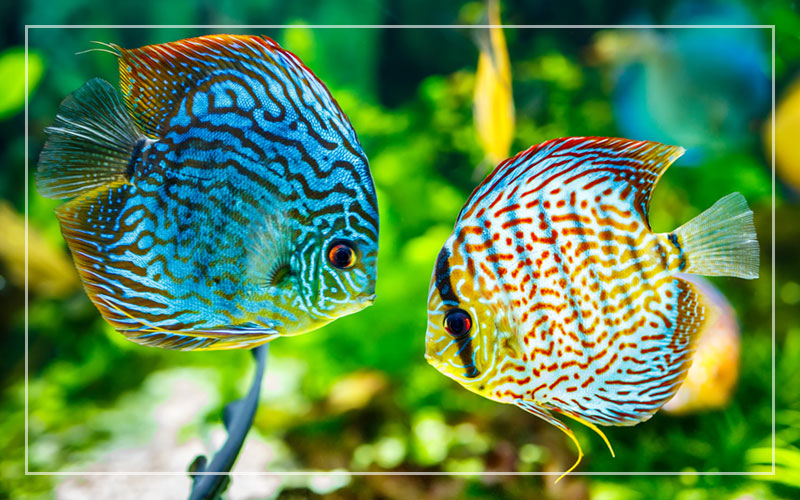 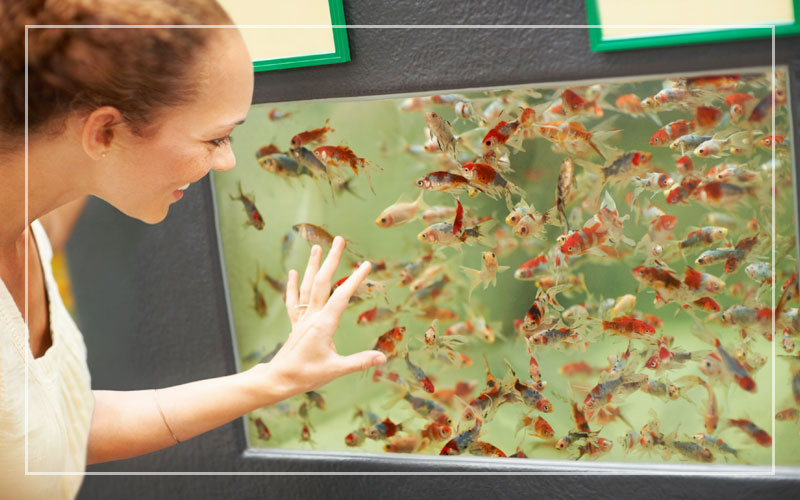 How Many Fish Should You Put in Your Tank?