What to Do With Used Activated Carbon from Fish Tank? 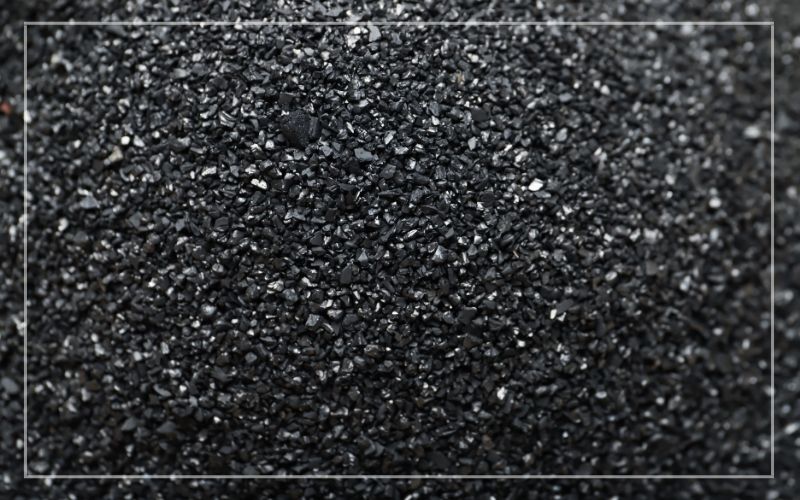 Activated carbon is one of the multiple types of filter media that keep your aquarium nice and clean. It helps neutralize unpleasant odors. It also keeps the water crystal-clear by removing tannins and other colorful compounds from driftwood and food.

The only problem is that activated carbon has a short lifespan. Ideally, you’ll have to change the carbon pellets every two to four weeks. That will leave you with a lot of used carbon laying around. The question is…what do you do with it?

In this article, I’ll cover everything you need to know about used activated carbon. Keep reading to learn more about reusing, recycling, and safety concerns related to used carbon media!

Can Activated Carbon Be Recycled?

If you’re curious, the carbon recycling process is called “reactivation” and it helps clean away pollutants and waste by-products soaked into the charcoal. How do they do it? Well, it’s a high-tech process and impossible to replicate without high-grade industrial machinery.

During industrial recycling, used carbon is heated in oxygen-free furnaces. The high temperatures destroy volatile organic compounds stuck in the carbon media. Then, the carbon undergoes chemical scrubbing to remove any leftover pollutants. Finally, the carbon is exposed to very hot steam to restore the absorptive capacity, aka to reactivate its filtration power.

Sadly, you’ll have a hard time finding a company that accepts aquarium filter media for recycling. But if you’re environmentally-minded, I have good news for you! You can still reuse your filter media in other eco-friendly ways! Reusing activated carbon might even be a greener solution than recycling it, according to recent data.

Used activated carbon isn’t hazardous in and of itself. It depends on the contents it’s absorbed. For example, industrial water and air filter media could be highly toxic. Activated charcoal used in industrial processes can absorb heavy metals like mercury, arsenic, and several other dangerous compounds.

But your aquarium filter media is probably not a big deal. Activated carbon used in aquarium filtration usually absorbs harmless substances like tannins, phenols, and small concentrations of chlorine. These compounds aren’t toxic, and will only stain the water or give it a faint odor.

Still, carbon filter media can become hazardous waste in certain circumstances. This applies if you’ve ever used carbon filters in medicated aquariums. The carbon can absorb some of the substances in fish medication. This makes activated carbon potentially dangerous, especially if it could leach antibiotics into the water supply.

Also, be careful about reef aquarium media. Many corals can produce and leach dangerous toxins into the water. Some of the most popular Zoanthid coral species contain Palytoxin (PTX). PTX is highly poisonous and even deadly for humans. If you’ve used a carbon filter in a Palythoa spp. or Zoanthus spp. tank, you must be careful when handling and disposing of your filter media.

How do You Clean Used Activated Carbon?

Activated carbon has a short life in the aquarium. Your filter works continuously to clean up waste and bacteria. It takes about a week for the carbon pellets to get coated with debris and lose their absorption capabilities. Unfortunately, washing the carbon doesn’t extend its lifespan. Once the carbon is no longer activated, it needs to either be recycled or replaced.

You can’t properly clean or detoxify activated carbon at home. You’d need specialized equipment that can reach very high temperatures. It’s easier and safer to just replace the carbon regularly. However, many people still recommend rinsing, boiling, or baking the carbon to remove toxins and residue. This misconception exists because you can typically clean other filter media such as ceramic rings or sponges. Just know that carbon is an exception!

Is Used Activated Carbon Good for The Garden?

It can be added to mulch

Granted, you won’t have a considerable amount of activated carbon just from your used filter. But even a handful of carbon pellets here and there will make a difference. Adding used activated carbon to mulch provides extra protection for your plants.

The carbon helps the soil retain moisture and proper pH. If you use mulch for composting, the carbon might help neutralize some of the smells.

You can use it when composting

Your used activated carbon might speed up the composting process. A handful of crushed or powdered carbon is more than enough to reach this effect. How does it work? Activated carbon provides, well…, carbon.

This is the most important element for microbial decomposition. It provides energy for the bacteria that break down the organic materials in your compost.

Use it to make the soil less acidic

Most plants require alkaline soil to grow. That’s why lime is often used as an additive in commercial soil mixes. This is an alkaline substance that raises the soil pH to 7.0 or above. Well, activated carbon can do the same!

Activated carbon is a cheaper and more accessible alternative to lime. Most activated carbon naturally has a pH between 9.0-11.0, which is highly alkaline. Mixing in some crushed carbon with the potting soil can help bump up the pH and make it less acidic.

Use it for anti-fungal protection

Activated carbon has antifungal and antibacterial properties. However, note that it has to be activated. Its absorptive capacity helps neutralize bacteria and fungi that could otherwise wreak havoc in your garden.

If your activated carbon still has a little mileage left in it, you can use it as an antifungal treatment for the more sensitive plant roots. Mixing in some carbon with the potting soil should do the trick.

Use it as a container filler

If your activated carbon is completely saturated and “useless”, great news! It’s in perfect condition to act as a container filter. Just line the bottom of smaller pots with some carbon pellets and let the carbon work its magic.

This method is similar to using a coffee filter for potted plants. The carbon pellets will prevent quick and excessive water drainage. By slowing down the drainage, your potted plants can absorb water more efficiently. The carbon will also prevent the soil from drying out since more moisture remains trapped inside.

Can You Compost Activated Carbon?

Yes, you can! If you have some used activated carbon laying around, you can safely add it to your compost. Activated carbon is made out of burnt organic materials such as wood or coconut shells. Thus, the carbon itself is compostable.

Besides this, it also helps speed up the decomposition process of other organic materials in the compost. The carbon in the charcoal feeds and helps the bacteria multiply. These bacteria start breaking down the compost and creating a natural soil fertilizer. The carbon will also neutralize some of the unpleasant smells of the compost.

A note of caution though! If your activated carbon contains artificial additives, it might not be a suitable addition to compost. You don’t want to use such carbon for your vegetable garden. Some of the additives might not be environmentally compatible or safe if they come into contact with food.

Activated carbon is useful when filtering the aquarium. Unfortunately, this filter media requires frequent replacements. Still, there are some good news for the environmentally-minded aquarists out there. Used activated carbon can be recycled, as well as reused in multiple ways.

Used activated carbon can be added to mulch and compost in the garden. You can also use it as a soil alkalizing agent, as a plant container filter, and as an anti-fungal agent for potted plants. Just remember that not all used carbon might be environmentally-safe.

Don’t reuse carbon media from medicated or reef aquariums. Avoid composting carbon that contains preservatives or other additives. Such carbon pellets pose a health threat, especially if they come into contact with food sources or potable water.

How to Get Rid of Aquarium Snails? 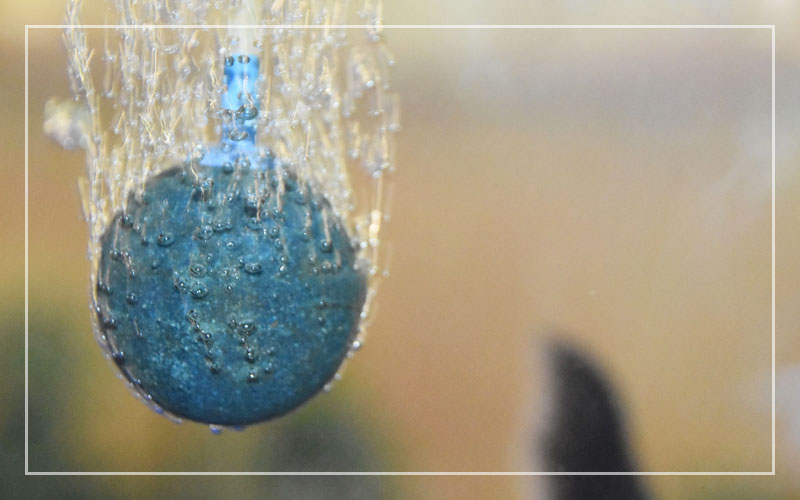 Where to Place Air Stone in Aquarium? 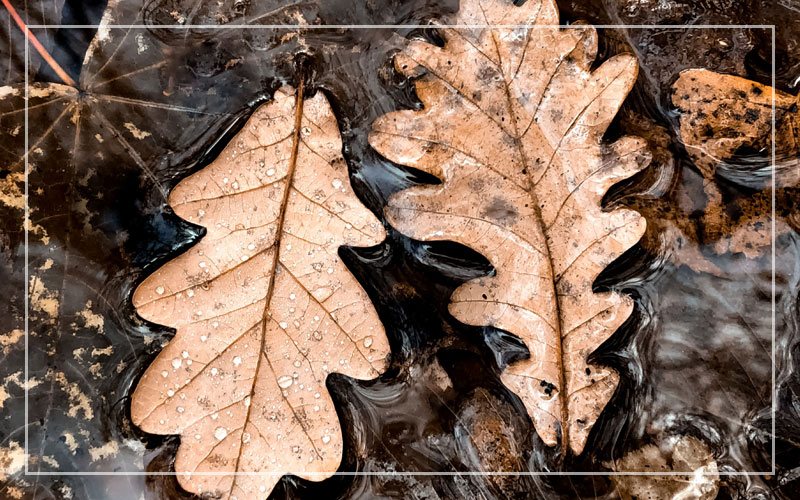 How to Prepare Oak Leaves for Your Fish Tank? 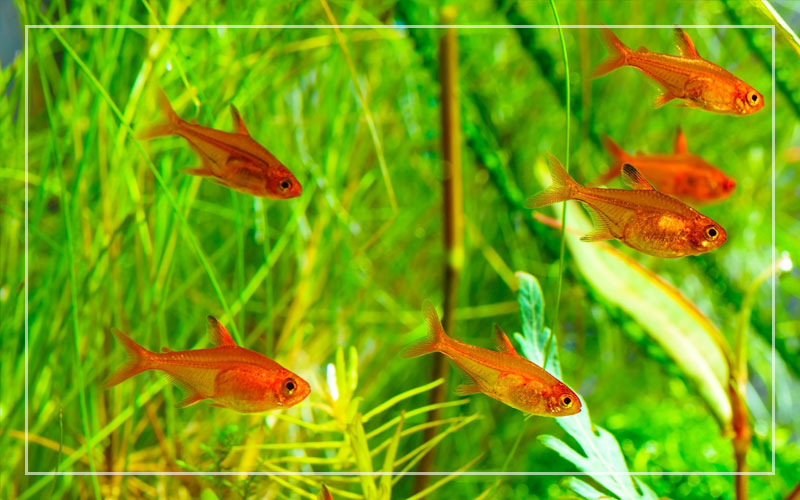