Platy Fish vs Molly Fish – What is the Difference? 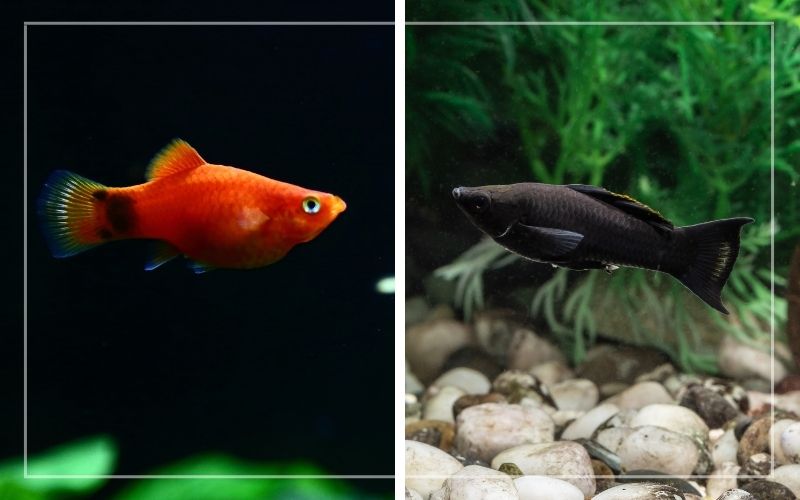 If this is your first time diving into the aquarium trade, you’re in the right place. You have a lot of information to run through regarding keeping and maintaining your tank and fish, so, my goal is to shorten your learning time.

In other words, I’ll help you decide which fish to get to sweeten your fish-keeping experience.

Today, we will discuss platies and mollies. You’ve undoubtedly heard of both of these species, which is no wonder given their availability and popularity.

But which is the right pick for you, and are there any notable differences between them?

Let’s check it out!

Platy vs Molly – Similarities and Differences

To be frank, there are only a handful of differences worth discussing, given that these 2 species are so similar in many aspects.

They are both peaceful livebearers with an omnivorous diet and amazing adaptability and resilience.

Both can live in single-species and community tanks just the same, and they do great in groups.

They are also peaceful, don’t produce too much waste, and are not territorial. But let’s assess the situation more in-depth.

When it comes to the several differences to consider, these mostly come down to physical appearance. Platies are smaller, as they only grow up to 3 inches in the best-case scenario, while mollies can go as high as 5.5 inches.

Mollies also have slightly longer and more aquadynamic bodies with a taller and longer dorsal fins.

Platies are shorter and bulkier, with a slight back hump and a smaller dorsal fin located near the tail.

Other than that, everything is practically the same, including the tank size and water requirements.

Both species do just fine with a temperature range between 70 and 80 F. These are standard for most tropical fish and can vary depending on the fish’s condition.

For instance, the water temperature needs to go slightly higher during the breeding season. This means you need a heater for optimal temperature management.

A good filtration system is also necessary to keep the tank clean and healthy. That’s especially important in smaller tanks, as these accumulate dirt and detritus faster.

The more fish you have, the more maintenance you need to perform as well, and you’ll ideally have a lot of fish.

These are shoaling animals that prefer to live in groups for a stable peace of mind and a greater sense of security and comfort.

The maintenance routine is standard for both mollies and platies. Remove food leftovers, eliminate dead plant matter, and vacuum the substrate whenever necessary to prevent the formation of ammonia and nitrates.

The frequency of the water changes varies from one case to another, depending on how many fish you house and the ecosystem’s chemical stability.

I recommend getting a water tester kit to measure water quality occasionally. This isn’t necessary, but it’s a good life hack to have, allowing you to keep your fish in peak condition with minimal effort.

When discussing the overall layout, add plants. Platies and mollies love live plants as they mimic their natural habitat. Plants allow your fish to feel safer and avoid confrontations that are bound to occur due to hierarchical tensions.

They’re also great for the environment, increasing the oxygen levels in the water and consuming nitrates which stabilize the ecosystem’s chemistry.

Both mollies and platies are omnivorous fish, so they will eat pretty much anything.

These fish have been in the aquarium trade for a long while, which means they have adapted to life in captivity quite well.

That being said, there are some differences between the 2 in terms of dieting.

Platies are more omnivorous in nature, so they consume a variety of foods like flakes, pellets, veggies, live food, etc.

Mollies, on the other hand, while still omnivorous, prefer more algae and greens in their meals. Mollies will nibble on tank algae constantly and prefer spirulina and algae wafers above all else.

Provide them with more plant-based foods like spinach, zucchini, spirulina, and boiled peas with some occasional live food treats, no more than twice per week.

The feeding frequency varies depending on several factors. These include how many fish you have, how large they are, their appetite, etc.

In this sense, we need to mention the differences between these 2 species in terms of feeding behavior.

Platies are generally way more voracious than mollies in how they eat. Despite their small sizes, platies are fierce and avid eaters that swarm their food in groups.

They eat fast and are sometimes violent, especially when starving. I recommend at least 2-3 meals per day, especially if you have a larger platy group where some fish eat more than others.

Mollies, on the other hand, aren’t as food competitive as platies. They like to take their time when eating and prefer to munch on tank algae for the most part.

This means you should always feed your platies and mollies separately, as much as the tank space allows you.

Also, feed platies first so they won’t be interested in the mollies’ food afterward.

When it comes to breeding, mollies and platies reproduce easily and can deliver between several dozen to several hundred fry every 4 weeks.

Because of this, I recommend investing in a breeding tank if you want to save the fry.

To get the fish ready for breeding, move them into the breeding tank, increase the water temperatures up to 80 F (gently, one degree every hour or 2), and provide the fish with a balanced and nutritious diet.

The breeding tank should be heavily planted as both species feel safer with lots of plants around them.

Once the mating process is complete, remove the males. If not, they will continue to stress the bearing female and fight among each other, despite the breeding season being technically over.

After all, you can’t reason with testosterone. You should also remove the female once the fry are out to eliminate the risk of it eating them alive.

Platies live up to 4 years, while mollies live up to 5 years. There are no significant differences between the 2 species in this sense.

Platy or Molly are Best for Community Tank?

Both species are great for community tanks precisely because they are so similar. To prevent fish stress and tension, pair them with peaceful, easy-going tankmates.

Neither mollies nor platies have any real defensive capabilities other than feeling and hiding from their aggressor(s).

Living in constant stress can cause them to experience health issues and significantly lower their lifespan.

To prevent such problems, always keep your livebearers in a plant-rich habitat with several hiding spots like rocks, driftwood, and various safe decorations.

How to Tell the Difference Between Platy and Molly Fry?

You can’t. The fry have no distinct features to inform you of the species they belong to. If you have a mixed platy-molly tank, time is your best friend.

The fry will eventually develop species-specific characteristics, allowing you to tell who’s who.

Can Mollies Mate with Platies?

No. You might read opposing claims on various forums, but I’m telling you right now: you can ignore them.

All of these claims directly result from confusion, given that people have difficulties differentiating between platy and molly fry.

In reality, platies belong to the Xiphophorus family, while mollies are Poecilia. So, they’re 2 different species that cannot reproduce with one another.

Platies and mollies are both ideal for beginners and are great for community tanks. They require minimal care and will thrive in captivity in good conditions.

You don’t even need to choose one or the other as you can easily create a platy-molly environment, given their compatibility and docile temperament. 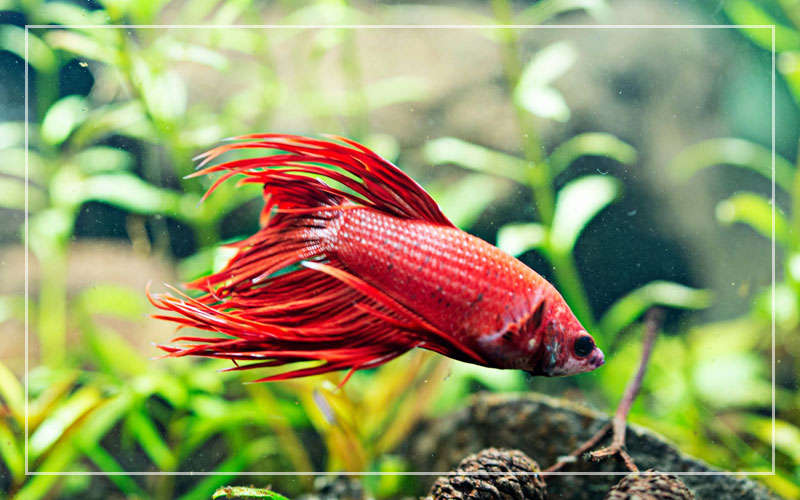 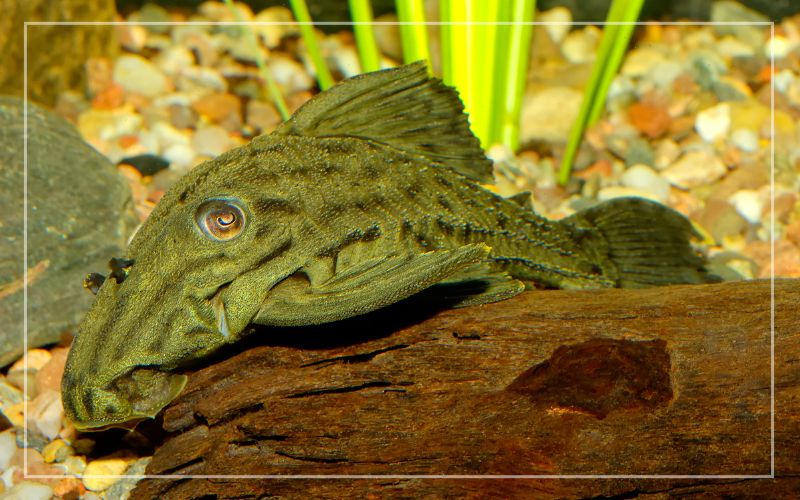 Driftwood for Plecos – All You Need to Know 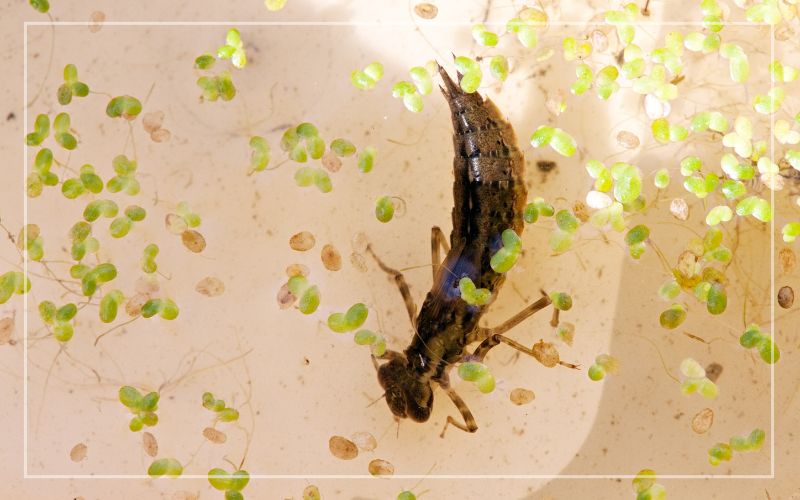