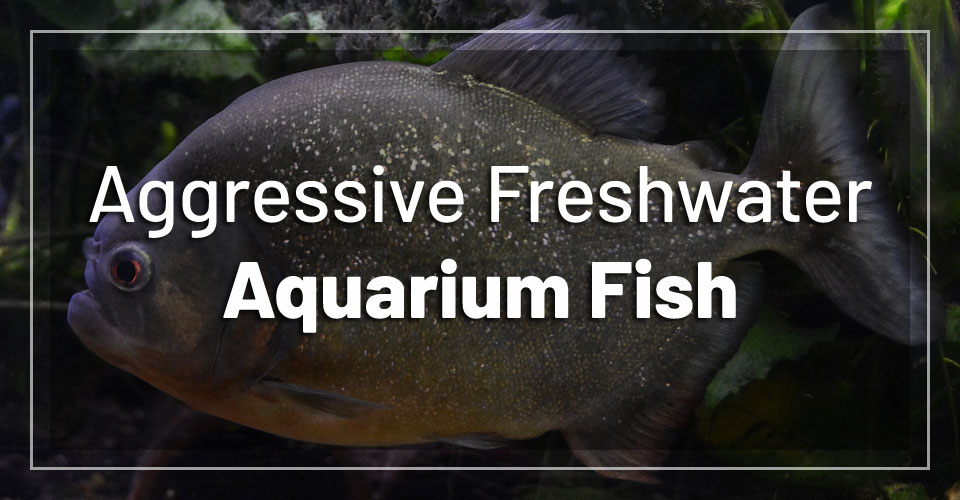 Disclosure: I earn a small commission when you purchase products through my affiliate links – read more

Caring for freshwater aquarium fish is usually not a very complicated process. However, if you bring home some that behave aggressively towards others in the tank, things change drastically. Such aggressive fish species might not even be suited for everyone.

In this article, we’ll talk about the 10 most aggressive freshwater aquarium fish, you can buy on the market. Any of these can become an addition to a home-made aquarium, but you might need a separate environment for housing them.

Let’s talk about our first, and probably most notable aggressive fish, called the Piranha: 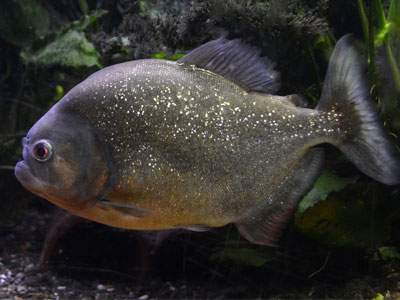 The Piranha is a fairly popular freshwater aquarium fish, mostly among veteran fish keepers. There are many different species of Piranhas. It is thought to exist between 20 and 50 different species. The most common that people usually buy for indoor aquariums, is the Red Bellied Piranha.

The Piranha originates from South America, where it lives mostly in the Amazon River, however it’s present in other rivers as well. If you want to buy some for yourself, you’ll need a 20-gallon tank for baby Piranhas.

But when they get to maturity, depending on their number, you could need an even 100-gallon tank for housing all of them. Piranhas in the wild eat all sorts of things. Basically, they are omnivores, contrary to what most people believe (that they only eat meat).

You can give them other small fish (not live fish), crustaceans, pellets, flakes, vegetables, nuts and seeds. If you keep more than one Piranha, make sure you feed them regularly. Otherwise, if they get hungry, they could go after each other and one morning you’ll wind up with an empty aquarium. 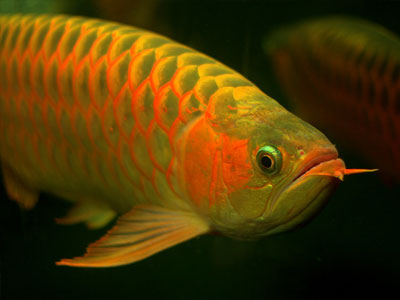 The Arowana is probably among the most sought-after fish on the market. As you can see, it comes in 2 different versions: The Silver Arowana and The Asian Arowana.

These fish are pretty hard to care for, mostly due to their basic nature. For example, the Silver Arowana, will grow up to 3 feet long in captivity, and reach 10lbs (4.6kg). For such huge fish, you’ll need an aquarium that is at least 250 gallons in volume. Not many people can afford such a tank, but it’s needed for Arowanas.

Since the Arowanas are predator fish, it’s a little trickier to find tank mates for them. Basically, because the wrong tank mates will get eaten quite quickly. Even so, there are plenty of species that will live well together with Arowanas. For instance, these are only some of them: Large Plecostomus, Catfish, Angelfish (larger species), Oscars, Green Terrors and Parrot Cichlids.

I mentioned that Arowanas are predators, so that means they are carnivores as well. Usually, you can feed them other smaller fish, crustaceans and ready-made food products. Be careful to feed them regularly, otherwise, the tank mates (the smaller ones) will ”disappear”. 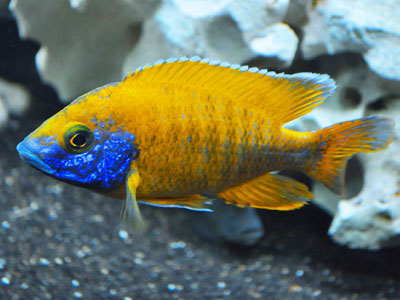 If you want some color in your tank, then the African Cichlids are a good choice. They are a colorful species, that need special care, due to their aggressive behavior.

Usually, African Cichlids will grow up to 8 inches long, and live up to 15 years (depending on the version you have). They are very active fish, swimming around the tank all the time. If they see movement outside the tank, they will follow you, thinking you will feed them.

They like to move around so much, that if you spook them accidentally, they can jump out of the tank. So, be careful about that.

Most African Cichlids are either carnivores or omnivores, so you should feed them accordingly. If you plan to buy a certain species of African Cichlid, you should do some research before that. This way, you’ll know exactly how to set up the tank and what to feed them. These parameters differ depending on the species at hand. 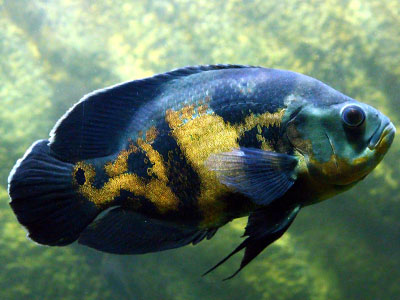 If you want a fish that really looks special, the Oscar is a great choice. One that looks great is the Tiger Oscar. This is covered in black and orange splotches. These fish will grow up to 12 inches big, and they reach this size pretty quickly (1 inch / month).

However, just like the others in this article, the Oscars are quite aggressive towards their tank mates. Because of this, you have to choose tank mates wisely, so they won’t get picked on by the Oscars, or even get eaten by them.

The best idea would be to set up a tank that only consists in Oscar Fish. This way, you can make sure they will live happily together. But if you want a community tank to set up, these are some of the best choices for tank mates: Arowanas, Green Terrors, Jaguar Cichlids, Sailfin Plecos and Silver Dollars.

I mentioned that Oscars will grow up to 12 inches in a short period of time. Because of this, you’ll need a fairly big tank to house them. A 55-gallon aquarium would be enough for Oscars. Also, consider adding some rocks and caves, to make the aquarium more like their natural habitat.

The Pig Nose Puffer Fish is another aggressive freshwater fish, that is very popular among indoor aquarium owners. Normally, when this fish sees another tank mate for the first time, it will try to threaten it.

If the other isn’t threatened, the Puffer will charge towards it with an open mouth. Because of this behavior, there aren’t too many tank mates you can choose from, to put in the same aquarium as your Puffers. The best idea would be to look for fish that are the same in size (6 inches) and don’t get scared too easily.

The Pig Nose Puffer needs a 30-gallon tank, to thrive in. To make it more comfortable, you should make it similar to its natural environment. In the wild, the Puffer is found mostly in muddy substrates, but also rocky ones. The water should be moving, clean and well oxygenated.

Feeding them isn’t too complicated. They are carnivores, so you can give them dry food, frozen food, shrimp and other small fish, or specially made food for their kind. 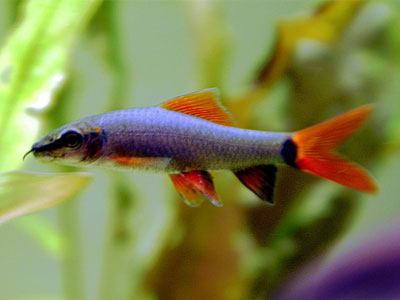 The Rainbow Shark is a small tropical fish species, that is native in Thailand. Don’t be scared by its name, it isn’t a real shark. It only grows up to 6 inches long and it’s an omnivore species.

Basically, the Rainbow Shark is a dark grey / black fish, that has areas of orange on its body. It has an upright dorsal fin, that is usually orange or red. This gives it the similarity to sharks.

When the Rainbow Sharks mature, they become quite territorial and aggressive towards other fish in the aquarium. Most of the time, they will feel threatened by bottom dwellers, and they will attack them, to ensure their territory.

However, because they don’t grow very big, you can easily find good tank mates for this breed. You should look for species that can defend themselves, but have a peaceful nature, like the Barbs, Danios, Rainbowfish and Gouramis. 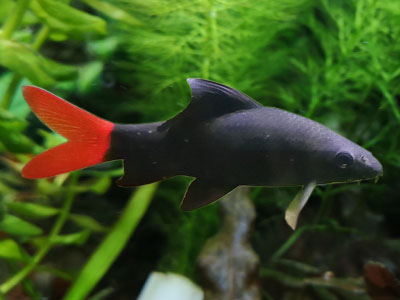 Just like the previous breed, the Red Tailed Shark isn’t a fully-fledged shark either. Their dorsal fin looks very similar to the Rainbow Shark’s dorsal fin. The only difference is the color, which is black in this case.

The fish has a dark gray or black body in most cases, with a red vibrant tail. The only part of its body that has another color, it’s the forked tail, thus its name.

When they’re still young, the Red Tailed Sharks are quite timid, and they will hide in the tank from the others. However, when matured, they become as territorial, as the Rainbow Sharks. They won’t bite or hit the others, but they will chase them to the point of exhaustion.

The Red Tiled Shark is an omnivore species, so feeding it won’t be too complicated. Some of the best food items to give it, are the following ones: brine shrimp, daphnia, bloodworms, vegetables (cucumber, zucchini, peas) and fruits.

This breed will also feed on the algae from the tank. So, don’t be surprised, when you see it scavenging and looking for algae remains. 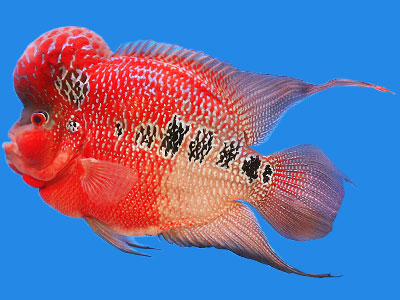 The Flowerhorn is another Cichlid breed, that is quite popular among fish keepers. This species will grow quite big, up to 12 inches, in a reasonable time period. Because of this size, you’ll need a bigger tank for housing such fish. Usually, a 100-gallon tank is required, if you keep one pair.

The Flowerhorn is an omnivore species, that likes to eat bloodworms, other smaller fish and plants. Be careful though! Flowerhorns will likely consume the plants you’ve placed in the aquarium. So, if you want to create a nice habitat using plant life, it won’t be long lasting. Simply, this is how they behave.

Flowerhorns are quite aggressive, so it’s best to keep only 1 or 2 in a separate tank. But if you really want to add tank mates, here are some of the breeds, that will live well together with Flowerhorns: Jaguar Cichlids, Tiger Oscars, Leopard Plecos, Plecostomus and Black Pacu.

They really like to bite others, and even you, when you do maintenance work in the tank. So, it’s good to keep them in a large tank, that gives them plenty of space in such situations. 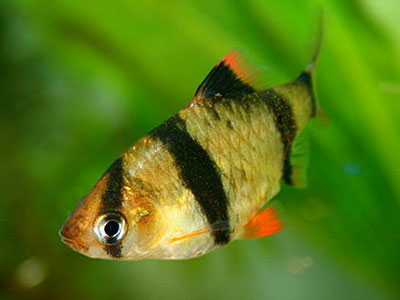 The Tiger Barb is a pretty looking fish, that is quite aggressive towards its neighbors. It looks like a tiger (obviously), with its orange body, and black stripes. The Tiger Barb is not the best fish to keep in community tanks.

It will terrorize its tank mates most of the time, by chasing them throughout the aquarium. Also, fish with longer fins aren’t a good choice to put beside Tiger Barbs. Bettas for instance, shouldn’t be kept in the same tank with Tiger Barbs.

However, if you want to keep them in a community tank, the best way is to obtain a group of 5 or 6 Barbs. This way, they will school together almost all the time, and they will leave the others in peace. Some great tank mates in such situations are these: Catfish, Tetras, Platys and Danios. 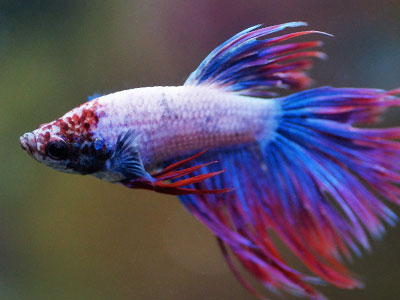 If you’d like a beautiful fish in your aquarium, the Betta is a top candidate. The Betta Fish is probably one of the most popular fish species for indoor aquariums. However, due to its aggressive nature, only more experienced fish keepers tend to keep it in their tanks.

Something interesting about Bettas, is the fact that they rarely get along with each other, let alone with other species. Because of this, it’s best to keep only 1 or 2 Bettas in a separate habitat, without tank mates of other kind.

However, if you strongly want to build a community tank, using Bettas too, there are a few choices. Croaking Gouramis, Catfish, Bloodfin Tetras, Black Tetras and Poecilia are a few species that will work fairly well with Bettas.

Feeding Bettas is quite easy. Most of the time, people use flakes that are made specifically for Betta Fish. This is a great choice, because they include all that Bettas need to live a healthy life. But you can also make your own fish food easily, because they eat both plants and meat.

In this article, you learned about the 10 most aggressive freshwater fish, you can buy. Any of them can be a good choice for an indoor aquarium. However, you should be very careful when caring for them, because they usually require more expertise.

And don’t forget to be very attentive when you pick tank mates for any of these 10 species. Because of their aggressive behavior, not every other breed will work. Do your research, to be able to set up the best habitat for your fish. 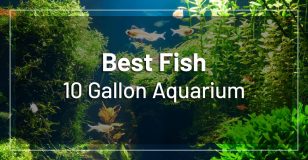 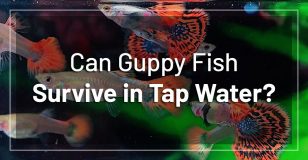 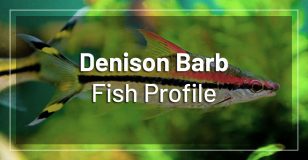 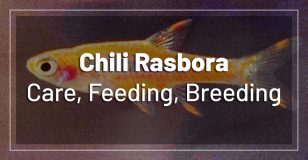 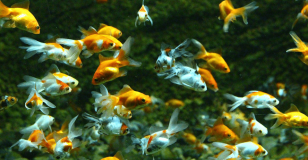 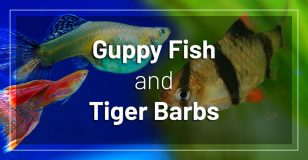 Guppy Fish and Tiger Barbs – Can You Keep Them in Same Aquarium?