Why is My Glofish Not Eating? 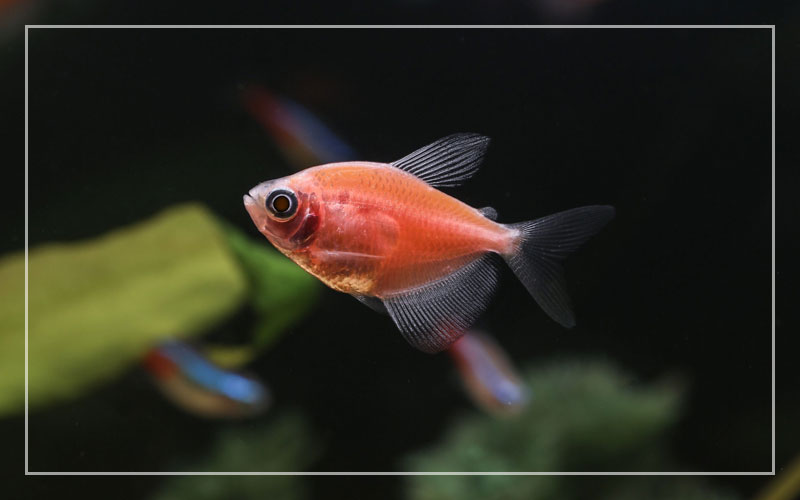 Home » Freshwater » Glofish » Why is My Glofish Not Eating?

Despite Glofish representing a fish category that includes several species, they all present the same overarching characteristic – the glowing gene.

Whether we’re talking about bettas, tetras, zebra danios, tetras, and others, all of them will display that unique fluorescent look, providing them with an exotic vibe.

When it comes to accommodating them, Glofish don’t display any special needs compared to their normal counterparts.

They have the same environmental requirements, dietary needs, and habitat predilections as most fish belonging to the same species.

They also face similar issues in terms of environmental imbalances and food-related problems. This brings us to today’s topic, where we will assess why some Glofish may refuse to eat.

What does that say about them, and which problems should you be concerned about? Let’s see.

5 Reasons Glofish Are Not Eating

It’s uncommon for your fish to refuse food, even if they just ate. At the very least, they will flock to the water’s surface when the food arrives and will poke at it if they’re full.

Whatever the case may be, feeding time should spark some reaction because most, if not all, fish tend to overeat.

It’s how nature programmed them in the wild, where food is scarce, and overeating ensures you have reserve calories to use when food isn’t available.

This means it’s unusual for your Glofish to refuse food, and the situation becomes that much more worrying if their behavior repeats regularly.

There are 5 common reasons why your Glofish may refuse food:

Contrary to popular belief, most fish won’t eat whatever you throw in their tank. They always tend to poke at their food first and eat a bit to test it out.

This is how they determine whether it’s eatable or not. Many fish will refuse spoiled, unfit, or even toxic food contaminated by various chemicals.

If your fish refuses food, check the expiry day and look at the food’s consistency, color, and smell. It may be unfit for consumption. It may also be unfit for that particular fish species.

If you have carnivorous fish and attempt to feed them plant-based flakes, they will refuse it.

This is a very widespread issue that’s more prevalent in community tanks than single-species habitats.

Combining the wrong fish species may result in bullying, territorial behavior, food competition, and generalized aggression that may devolve into serious health problems down the line.

More territorial species will fight each other more often, which can lead to fish stress over time. This issue may seem benign, but it will actually cause a variety of problems over time.

Stressed fish will soon experience poorer immune systems and will display lower appetites throughout the day.

They may also spend a lot of their time in hiding, avoiding other fish, showing low levels of energy, and soon developing infections and diseases.

The fact that they will eat less overall is also bound to lead to poor nutrition and related health issues as a result.

The tank water quality degrades over time naturally due to fish waste accumulation and residual food.

This will boost ammonia levels and nitrites, which are toxic to fish and pretty much any other lifeform in the tank.

This effect is even greater in overcrowded tanks or those lacking a filtering system and experiencing poor maintenance.

The resulting ammonia will affect your fish’s behavior and health, and some fish species are more sensitive than others.

As ammonia levels increase, you will see your fish altering their behavior increasingly over time.

If left untreated, this problem will become deadly since ammonia is fatal to tank life in high-enough concentrations.

Regular water changes, depending on your fish’s needs, substrate vacuuming, and having a sound filtering system are key to preventing ammonia buildup.

I also recommend a water tester to monitor the water’s quality and detect any anomalies in its chemistry before it aggravates.

When it comes to fish diseases and parasites, most fish species are vulnerable to the same conditions and disorders.

Ich is a common fish disease, and so are fin rot, mouth fungus, swim bladder disease or dropsy.

Others, like neon tetra disease, hole in the head, or Malawi bloat, are species-specific.

The problem is that many of these nefarious conditions are fatal and contagious and can quickly spread to other fish if left untreated.

Refusal to eat is one of the more common symptoms, along with lethargy, unusual swimming patterns, aggression, and, in many cases, bloating and visible physical changes.

The ideal scenario is where you detect the problem in early phases and quarantine the sick fish to prevent the disease from spreading.

You should also diagnose the condition, apply adequate treatment, and monitor the fish over several days to see how it responds to it. Some conditions are curable, while others are not.

If the fish doesn’t respond to treatment, euthanasia may be the only other viable option.

Most tank fish are adaptable and versatile and will accept a given temperature range in general.

Different species also consider different temperatures as optimal. Most fish are also capable of withstanding temperatures beyond their comfort zone, but not for much.

When the water’s temperature drops too low, the fish will experience visible physical discomfort, with symptoms including hiding behavior, low energy, poor or lack of appetite, etc.

If the temperature remains in the discomfort area, the fish will die eventually.

This issue mostly occurs in tanks lacking a heater, therefore, making it difficult to monitor and adjust the water temperature.

I suggest assessing each species’ water requirements before purchasing it and accommodating them in their new environment.

You should also monitor the tank’s temperature long-term since it tends to vary over time.

Some of the reasons include changes in room temperature and during your regular water change routine.

Glofish are not difficult to maintain since they are similar in needs to their non-fluorescent counterparts.

It all comes down to each species’ environmental requirements.

Generally speaking, fish don’t tend to display a poor appetite. If they do, most likely, there’s a problem that needs assessing.

In other cases, however, the fish refusing food may also be pregnant, getting close to labor, so rule that out first. 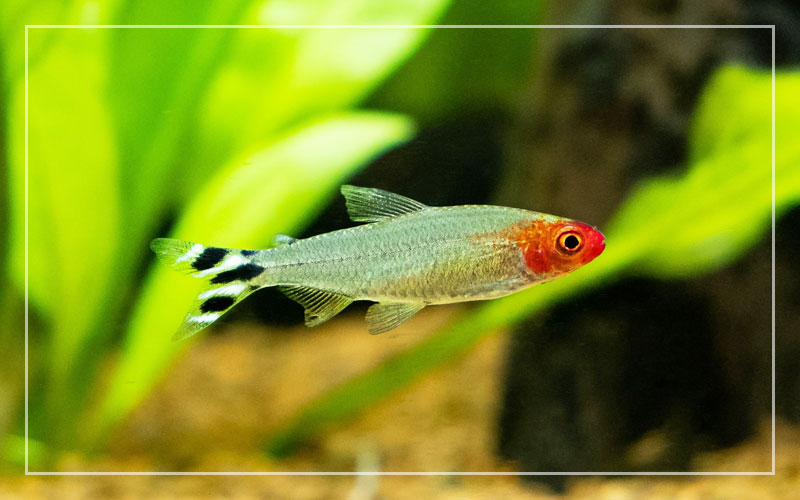 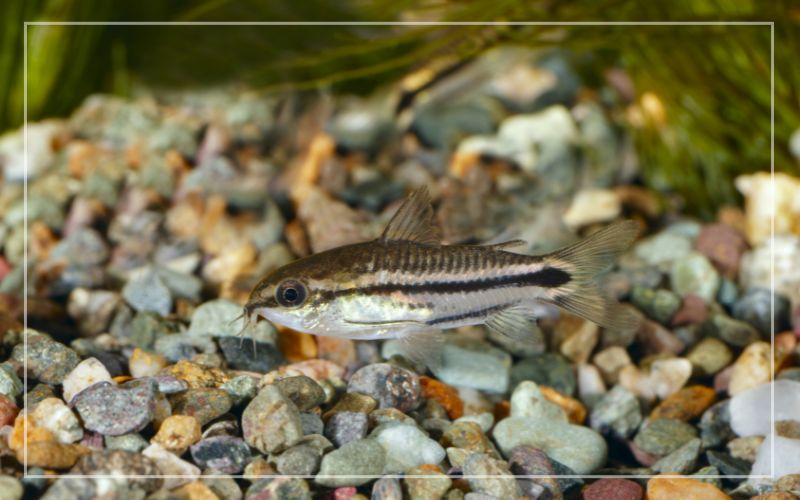 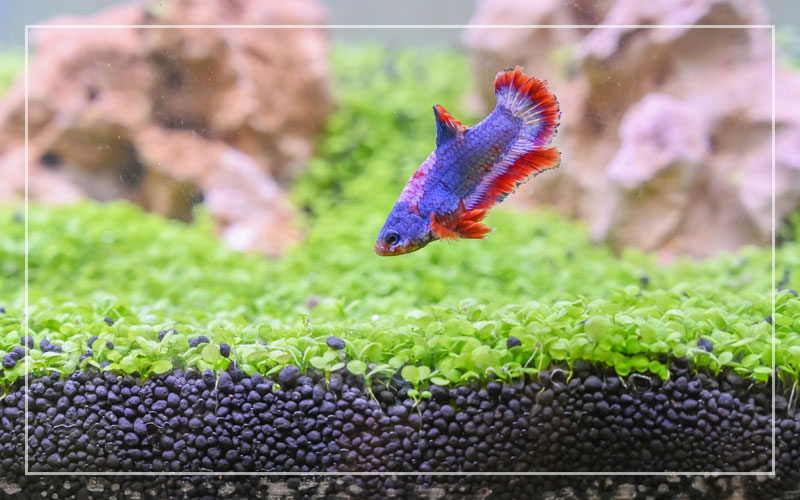 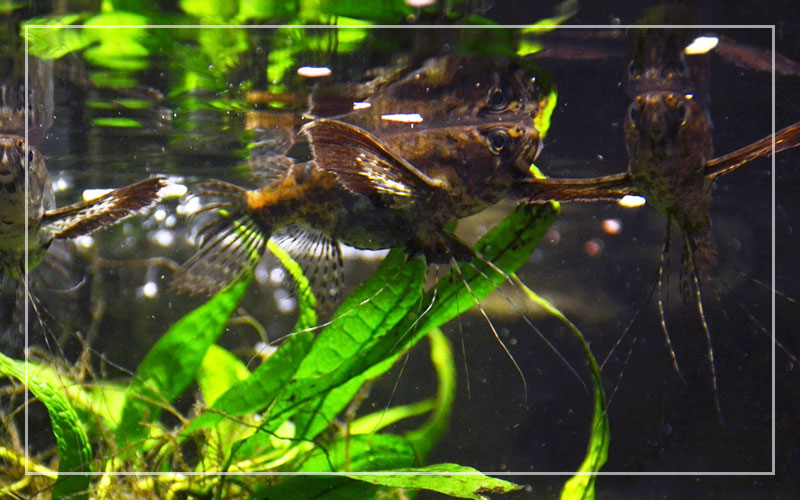