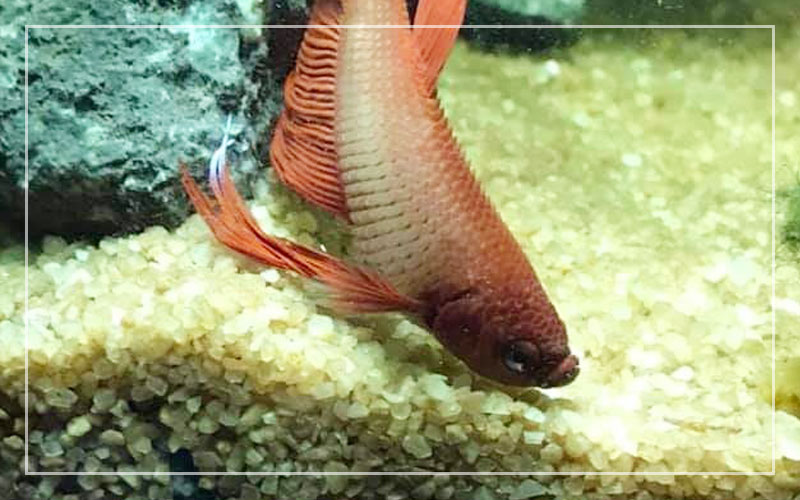 Betta fish are often chosen by potential fish keepers who are looking for a beautiful and sturdy fish.

Unfortunately, even bettas can develop diseases that can threaten their health. Dropsy is one of them, and if it is not treated quickly, it can be fatal.

Dropsy is a disease that can seriously threaten the life of a betta fish. It is seen as a swelling on the fish’s belly usually, where water accumulates.

It causes the belly to “drop down”, which explains the name dropsy. Dropsy is often a consequence of another, more serious, a disease that compromises the fish’s immune system, such as bacterial infections.

In this article, we will discuss everything about betta fish dropsy: how we can establish that a betta has dropsy, the symptoms, possible treatments and prognosis for the betta fish with dropsy.

What is Fish Dropsy?

Dropsy is, in essence, a symptom or a consequence of another underlying disease or infection that caused dropsy itself.

It is quite uncommon for dropsy to happen to healthy fish with proper care; instead, it occurs to fish that suffer from poor diet, or those who suffer from an underlying disease that compromises the autoimmune system of the fish.

If the health issue is treated quickly, then there is a chance of survival. However, if left untreated, the disease can be fatal in some cases.

Often, the treatment will require to cure the underlying disease that causes bloating. The sooner the owner responds to any visible changes that might indicate the disease, the better the chances of survival are.

Even if it is treated quickly, the prognosis of the disease is not good. The survival rates for the fish with dropsy are low.

Sometimes, even if the treatment for dropsy is successful, the underlying diseases might cause death and the immune system might already be compromised.

Signs and Symptoms of Dropsy Diseases 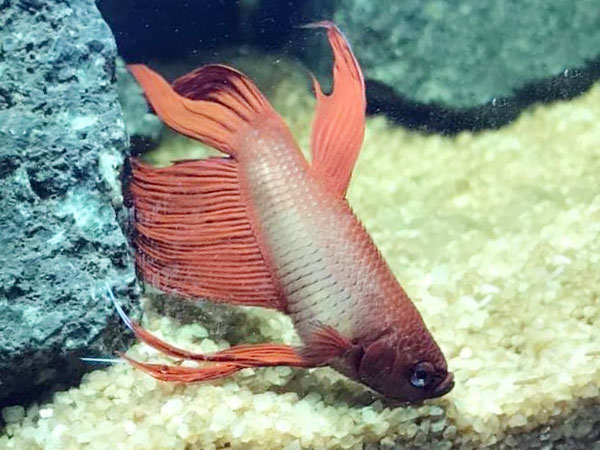 Early discovery of symptoms is absolutely key for treating dropsy in your bettas. But that can be hard, as some of the early symptoms might indicate a large number of other diseases, and the swelling can sometimes be mistaken for pregnancy.

But observing the early symptoms is crucial for enabling higher chances of survival.

The most common symptoms and signs of dropsy to look for in your betta fish:

The symptoms can get progressively worse once the disease gets worse. Bettas might get anemia, which causes discoloration and lethargic behavior; problems with internal organs might occur, but that is not displayed to us directly, but through signs and symptoms.

Dropsy itself is a symptom of a larger issue, such as kidney disorders and failure.

Treatment of dropsy can be long-term, but it might not be successful, which you need to know. If the disease has spread enough, then there might not be a chance of survival.

Still, there is a course of action that can help you to heal your betta from dropsy.

To give your betta the best chance of survival, here are the steps that you should follow to try and recover dropsy.

How to Prevent Dropsy Diseases in Betta Fish?

The best cure for dropsy is prevention, of course. Usually, the factors that cause the most stress to your betta can bring on the development of a disease, including dropsy. So it is crucial to keep stress levels at a minimum, and that includes a whole host of checks and things that you need to do to lower stress.

The most important thing is the water parameters and water quality. You can do that with regular water checks. Next, keep the tank clean and make sure that the filtration is on a good level.

Clean the gravel often and vacuum it, as some bacteria might accumulate there. Feed your bettas high-quality pellets and don’t overfeed them, which can deteriorate their health and the water quality. Avoid overcrowding and make sure that you keep your food varied.

Methylene blue is another possible way of treating dropsy, even though it might require an additional tank. Bettas should not be in methylene blue for longer than 10 seconds, so it is not a good idea to add it to your quarantine tank.

It can also ruin your filter and make it work at lower levels, which can massively deteriorate the water quality.

The best way to do this therapy is to add the water from your main tank to your methylene blue tank. The next step is to add methylene blue to the tank, but only in the recommended amounts provided by the provider.

Usually, that is 5 teaspoons for every 3 gallons of water. Make sure to check the container for instructions. Lastly, dip your betta in the tank with methylene blue, but no longer for 10 seconds. Hopefully, the treatment will work.

Yes, dropsy can spread to other fish in the tank, which is why you should place a fish with dropsy into a quarantine tank to prevent spreading. Also, some vets will recommend euthanasia of your fish for this specific reason, to prevent the disease from spreading on.

Can Overfeeding Cause Dropsy in Betta Fish?

It can, but indirectly; overfeeding can deteriorate the health of your fish, which can lead to health problems and increase the stress levels in your fish. This can, in turn, lead to dropsy as well.

Dropsy vs Pregnant Betta Fish – How to tell?

Many people mistake dropsy for pregnancy, which can lead to disappointment and the inability to treat the fish from dropsy. The main telling factor is the pinecone scales that can stick out.

Also, take note of the behavior of your fish – if you see any of the above-mentioned clues, then it can be dropsy. These include an unwillingness to eat, lethargy, and overall changes in behavior.

Betta fish dropsy can be a nasty disease, that can cause you a lot of agony, and to the fish as well. Treatment is possible, and if you stay committed to the therapy, then you will, hopefully, see changes for the better in your betta fish. 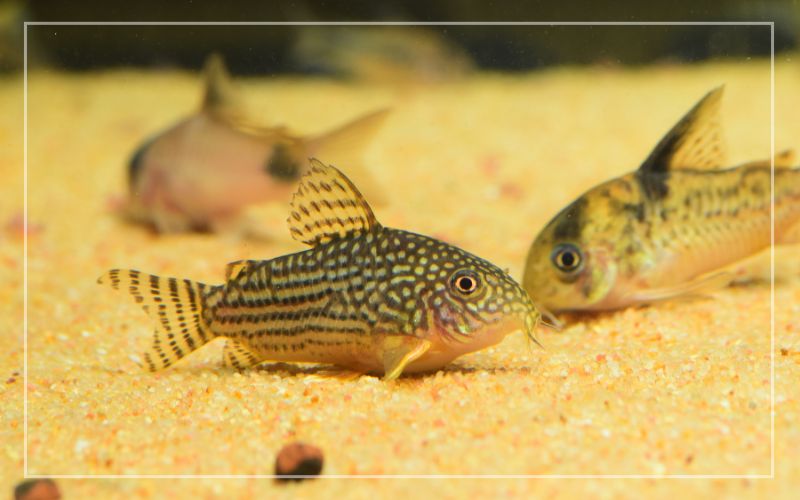 How Many Corydoras Catfish Should I Get? 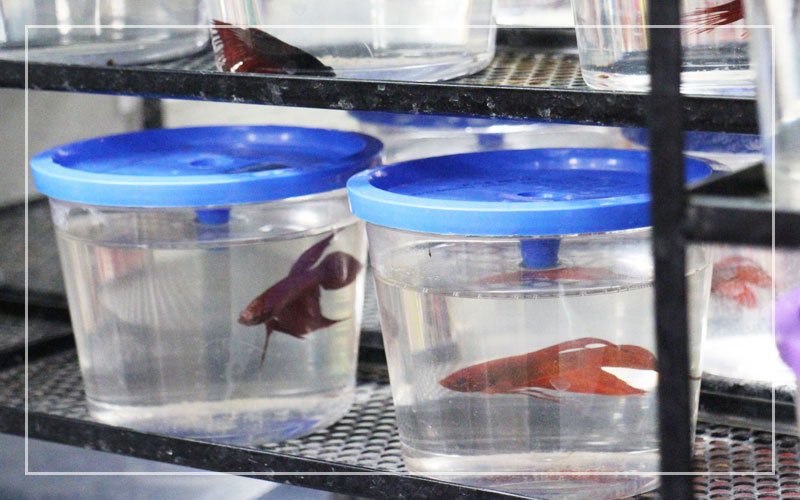 How To Transfer Betta Fish From Cup To Tank? 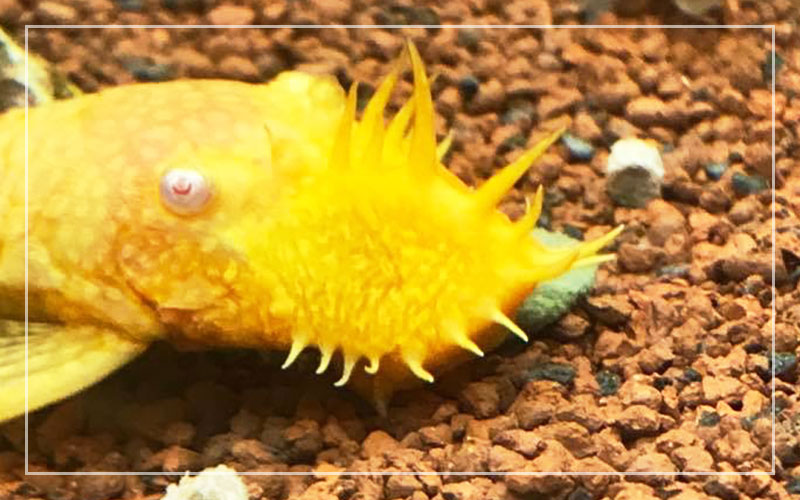 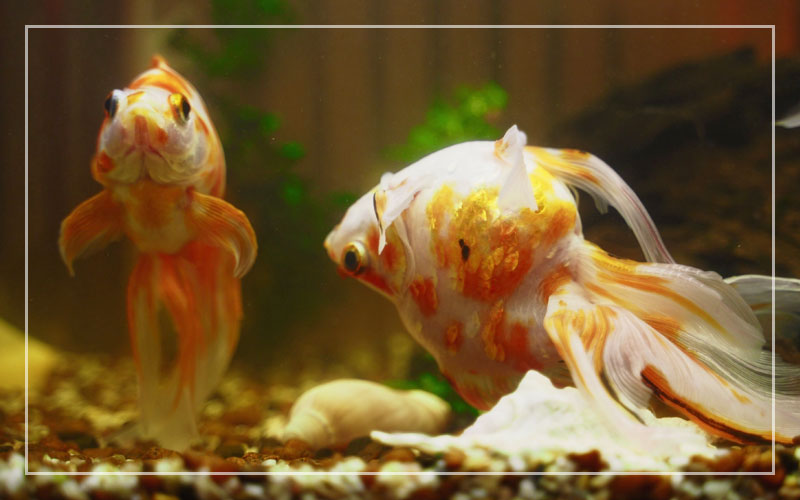 Why Goldfish Is Floating Upside Down?