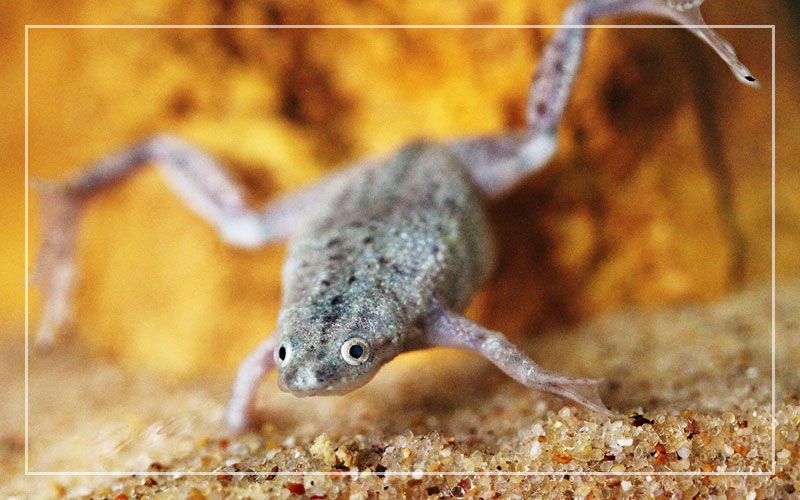 Do you own African Dwarf Frogs? Or you’re planning to buy some for your aquarium? If that’s the case, today’s article will help you learn a little more about these animals. 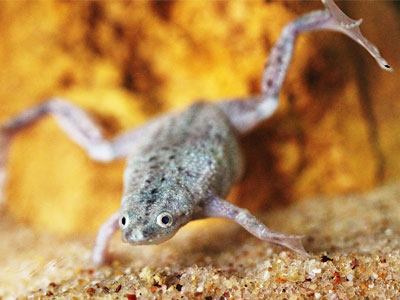 I will tell you 12 interesting facts about African Dwarf Frogs, so you’ll know them better. These facts can come in handy, when you take care of them, or when you plan to buy some for the first time. Let’s start right away!

The African Dwarf Frog is an amphibian animal. If you don’t yet know what this means, let me clear it up: an amphibian animal is one that is born under water, and breaths using gills while young. When it reaches maturity, it will develop lung-breathing.

The African Dwarf Frog is an amphibian, like most other frogs on the planet. However, they are fully aquatic and they don’t get out of the water like other frogs.

The African Dwarf Frog is a small animal, thus its name. This is mainly the reason why so many people seem to like it in their home aquariums. Most specimens won’t grow larger than 3 inches long.

Because of their small size, these frogs are suitable for relatively small fish tanks, of 20-gallons in volume. Also, their size allows you to keep multiple ones easily together in the same aquarium. And besides that, adding other tank mates (other species), is also a possibility, because these frogs will leave more than enough space for them to thrive in the tank.

3. They are Good Jumpers

These frogs, like most others, are great jumpers. This fact is pretty important, if you just plan to buy the first one for your tank. Why? Because they won’t hesitate to jump out of the aquarium, if given the opportunity.

To make sure that won’t happen, you need to add a cover on your aquarium, which will prevent your frogs from jumping outside. This way, you ensure their health and improve their lifespan.

There were many situations when these frogs jumped out of the tank, and nobody noticed. When they finally saw them outside, it was too late. So, be careful and prevent something like to happen in your tank.

The African Dwarf Frog will easily live up to 5 years in your aquarium if you care for it properly. This is great news, if you want something that live stay for a long time in your fish tank.

Actually, 5 years is the standard lifespan of this species. If you do everything by the book, an African Dwarf Frog can live up to 10, and sometimes even 20 years old. Yes, that’s true. Of course, these are rare specimens, but reaching 10 years is an attainable goal for pretty much any frog.

5. Can Be Kept In Small Tanks

These frogs can be kept in relatively small tanks, making them much more accessible for beginner fish keepers. How small should a tank be, to house a frog?

Usually, you need a tank that’s at least 5 gallons in volume, for a single African Dwarf Frog. If you plan to buy more than just one, 4 or 5 maybe, you’ll need a tank that of 20 gallons. Even so, a 20-gallon fish tank is not that big.

You can easily place it in any room, and it won’t disturb the look. Also, a 20-gallon tank is much cheaper to buy and maintain as well. This makes African Dwarf Frogs a great starting point for beginners.

6. Are Not Very Good Swimmers

If you’re thinking that a frog is a great swimmer all the time, than think again. The African Dwarf Frog is quite a bad swimmer. Yes, it lives in the water, but it likes shallow, slowly moving waters, where it’s easy to swim.

Keep this in mind when setting up your tank. Make sure your water filter has an adjustable flow rate, to create a suitable environment for your new frogs. This way, they will swim around much easier, without fighting the water current all the time.

If you want peaceful animals in your aquarium, you just found the perfect match. The African Dwarf Frog is as peaceful as it gets. It will never bother the others in the aquarium, and it will live a quiet life in the tank.

It won’t attack others, no matter their size or look. However, if you add very small tank mates besides your frogs, they might mistake them as snacks. Make sure you don’t put too small tank mates in the aquarium, ones that would in their mouth.

If you take this into consideration, there won’t be any problem between your frogs and other tank mates.

The African Dwarf Frog is a cheap breed. What do I mean by this? The cost of purchasing them isn’t high at all, however, their maintenance is the same as well. You don’t need many resources to do maintenance work in your frog tank.

Also, the maintenance is easily done, without any headaches. All you need to do, is change the water from time to time, and clean the tank itself. That’s pretty much all you need to do.

9. Are Not Picky Eaters

These frogs will eat pretty much anything you give them. They are not picky eaters, like other breeds you may have in your tank. Because of this, you need to be careful what you include in their diet.

Their food should be quality made specifically for their needs. It’s best to feed them bloodworms, brine shrimp, earthworms and krill. Also, feed them frozen food from time to time, to maintain a healthy diet. Sinking fish pellets will also work well.

The idea is to keep a regular and healthy diet for your frogs, to ensure the needed nutrients for their immune system. Also, don’t feed them more than once a day, because they can get fat if you do so, thus leading to other health issues.

African Dwarf Frogs are shedding their skin. There could be multiple reasons why this happens in your tank. At first, they will shed their skin entirely in one piece as they grow bigger.

However, if the shedding doesn’t stop after they reached full maturity, a fungal infection could be the cause behind it. To treat this health issue, you can use Methylene Blue. If there are no results, reach out to a tropical vet, and ask for his expertise.

Knowing the reason behind skin shedding, is very important, to be able to stop it.

In the mating period, African Dwarf Frogs can be heard singing. Yes, that really happens. And sometimes, it’s so loud that it’s heard outside the tank. This is totally normal behavior that occurs when the males want to mate.

In such periods, to attract females, they start singing which sounds like humming or buzzing. This is part of their natural mating ritual. However, there are times when they start singing, even though the mating period hasn’t begun or there aren’t any females around in the aquarium. They’re just simply in the mood to sing.

Like I mentioned at our first fact, African Dwarf Frogs are amphibious creatures. This means that they can’t breathe under water, from the point when they reach maturity. You should keep this in mind, when you set up your tank.

It’s a good idea to create certain places where your frogs can get outside the water and sit down a few minutes to relax. This way you’ll make their life easier, and the habitat will look much closer to what they would experience in the wild.

In this article you learned about 12 interesting facts related to the African Dwarf Frog. Some of these facts may already sound familiar to you, but others may not.

If you want to set up your first aquarium with African Dwarf Frogs, it’s important to know important details about this breed. Many of these facts will come in handy when setting up a new environment, and others later while the frogs have already settled in. 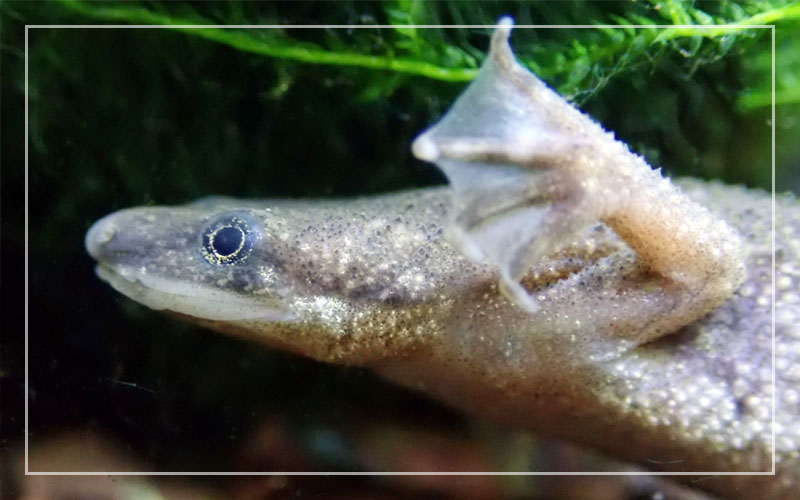 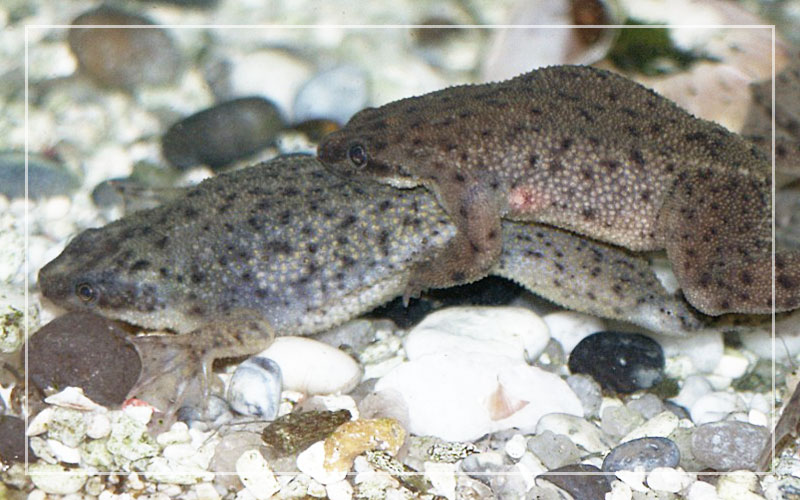 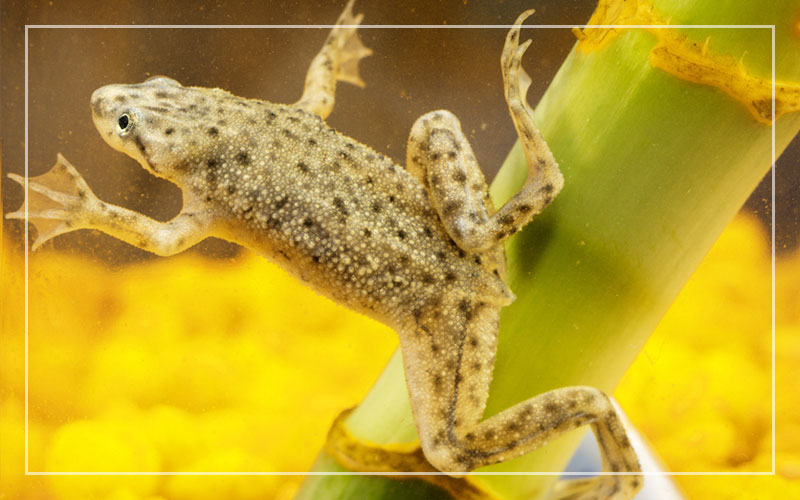 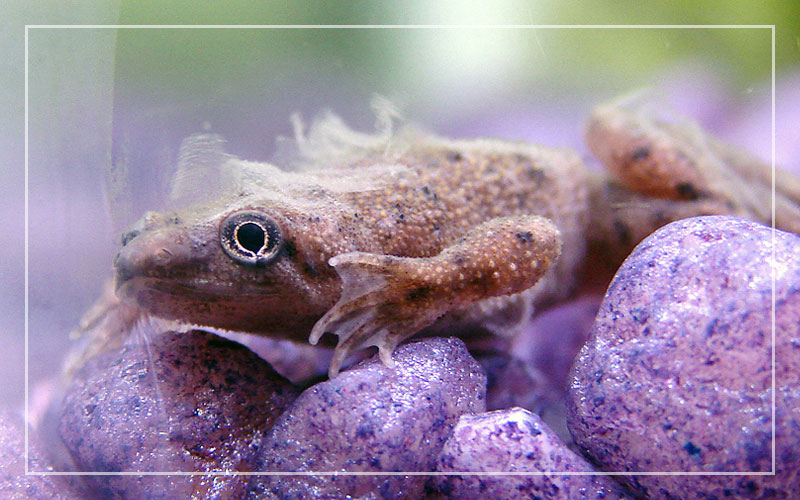