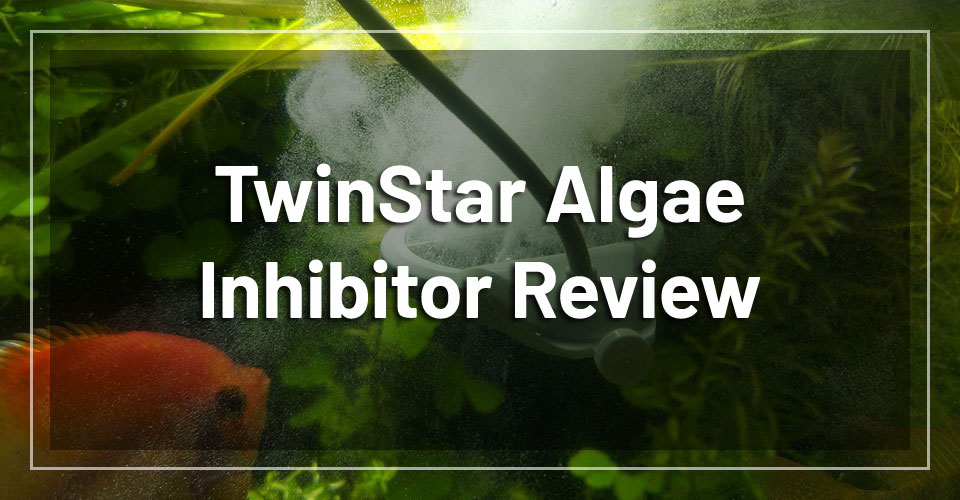 Disclosure: I earn a small commission when you purchase products through my affiliate links – read more

The TwinStar is a product that made its debut not that long ago on the market. Many people say it’s a must-have device for any aquarium owner. Is that so?

In this article will take a closer look at the TwinStar Algae Inhibitor. We’ll see what are some of the benefits that come with using it. After that, I will tell you how it works and which version is best to choose for your needs. I will talk about all 5 versions briefly, to help you learn about them.

First of all, let’s see what are the benefits of this device: 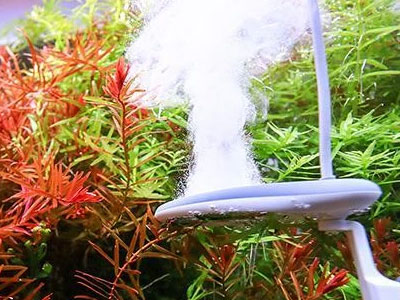 There are at least 2 major benefits, that come with using the TwinStar in your own tank:

After leaving it to work for 24 hours, the difference is quite noticeable. Previously, the tank that showed clear signs of algae spores, is now way cleaner, and clearer. The device prevents the spread of algae outbreaks, by killing the spores that float in the water column. This is where the second big advantage comes into the picture:

As you can see, both of these benefits are notable pros of this device. And on top of them, if you like to take photos of your tank (which many people do), because of the TwinStar Inhibitor, the pictures will look much cleaner, since the tank is free of algae spores.

But now that you know the TwinStar is good at what it’s supposed to do, maybe you’re asking yourself how it works. This is what will cover next:

If you take a look on the official website, it’s possible you won’t understand the full process. Because of this, I will explain the functioning of the TwinStar, based on the tests conducted by multiple experienced users:

The TwinStar relies heavily on how algae work in the first place. The science behind this device, relies on the fact that algae reproduce using spores in the water column (like mentioned above). What does it do exactly?

What the TwinStar does, is that it maintains a good ORP in the tanks. Due to this, the algae won’t be able to reproduce. But why is that?

Because the water’s ORP is pulling apart the cells in the algae spores. This results in their imminent death. Thus, they can’t reproduce, and the result is a clean aquarium, free of algae.

Of course, there is a much more complicated explanation for the process behind this device. If you’d like to know about it, just visit the official website, and see for yourself. However, the main process is the one I described above. All the different versions of TwinStar Inhibitors are using this as their base method.

The only notable difference is present in the reactor used by the different devices. About this, I will tal ka little later.

Now, it’s time to see which TwinStar Sterilizer is best for your needs. I will talk about all 5 versions, so you can get a better idea for yourself:

Which TwinStar Sterilizer to Choose?

While there are multiple models of the TwinStar sterilizer, you might wondering which is the best for your needs. Below, I go into details about each model, so you can decide which to choose.

This device (Nano) was designed for aquariums that contain between 50 and 200 liters of water. It will clean the tank form most of the algae, leaving a clean and clear water environment for your fish that live inside it.

It has 2 settings, that you can choose from. Considering how dirty the tank is when you install the device, choose the first or second setting, to clean it from the algae.

This product is mainly used to promote plant growth in the tank. Because of the fact that algae are removed due to its presence, your plants will thrive and grow, creating a better environment for your fish to live in.

The Nano+ is a very similar device to the simple Nano TwinStar. The difference lies in its capacity. When the simple Nano could clean a tank of up to 200 liters in volume, the Nano+ will be able to do the same for a tank that is 250 liters in capacity.

The TwinStar M3 & M5 are 2 similar products, to the Nano series. The base premise is the same: remove the algae from the tank, using the technique I described above in the article. So, what is the difference from the Nano series?

As you could see, the Nano and Nano+ TwinStar products are suited to work with 200 and 250 liters of water. The M3 and M5 were designed for smaller quantities of water. How much?

The M3 will work with aquariums that contain 50 liters of water at max, and the M5 with aquariums of 120 liters at max. Of course, they will do a great job at cleaning such fish tanks, if you use them as described by the manufacturer.

Every version, will get rid of the following types of algae present in the tank: thread algae, brown algae, blue green algae, fuzz algae, green dust and green spot algae. As you can see, most types of algae will be removed from the water. However, it will not affect black rush and green water (Eugmeana).

These inhibitors are a little different from the previous versions I mentioned until now. The main function of the Yotta and Yotta+, is to prevent fish diseases in the aquarium.

If you own a fish tank, you surely want to keep it clean from any diseases that could harm your fish. These 2 devices could be an efficient layer of security against diseases. They will prevent any bacteria or harmful spores that could result in certain diseases to appear in your aquarium.

However, they will not affect the biological balance that is required to keep your fish healthy in the tank. The Yotta and Yotta+ are designed for tanks that contain up to 200 liters of water and respectively 430 liters of water.

They both come with multiple settings and modes. These are created to allow for a more specific cleaning and prevention process, suited for certain types of fish tanks. The user guide that comes with any version, will contain much more details about the settings and modes of the device.

The TwinStar S3 and S5, are 2 devices that do the same as the Yotta versions. The main purpose is to prevent fish diseases appear in the aquarium. So, what is the difference?

You could see that the Yotta and Yotta+ devices were created for larger amounts of water. The S3 and S5 are their counterparts for smaller fish tanks. More exactly, for tanks that contain up to 50 liters of water, and respectively 120 liters of water.

Besides preventing all sorts of fish diseases from appearing in your tank, both devices will also prevent algae from spreading. Just like the Nano and Nano+ products, these 2 versions are also great at destroying the spores of all sorts of algae, thus effectively cleaning the tank from any.

This ultimately results in a better water environment, where fish diseases will appear much harder, than in a tank that’s full of algae and other bacteria.

Like you can tell from its name, this device is designed to help shrimp, that you have in the aquarium. The most notable benefit of this TwinStar product, is the fact that it prevents shrimp diseases, just like the previous versions prevented fish diseases.

However, this one is specifically created to use for shrimp tanks. It works with aquariums that contain up to 180 liters of water. It’s worth mentioning that there are 2 other versions, besides the standard one: the TwinStar Shrimp 30 and TwinStar Shrimp 50.

These are both designed for smaller aquariums, that don’t need the standard device. Also, they work exactly the same as the standard one, for 180 liters.

All 5 versions of the product, make use of a TwinStar Reactor. What is that?

What is a TwinStar Reactor?

Basically, the reactor is the main part of any device. This is where the cleaning, or disease prevention happens. I described above how the TwinStar works. All that process takes place inside the reactor.

There are multiple different versions of TwinStar reactors, depending on the device at hand. For instance, the Nano TwinStar uses the reactor called M9, while the Nano+, the one that’s called M7.

Of course, there are differences among them. Some are designed to prevent diseases, and others mainly to remove algae from the aquarium. They also differ in terms of capacity, meaning that they work with different volumes of water, like you could see from above.

If your reactor gets broken, you can change it with a new one. But if it only gets covered with algae, which is likely to happen after a while, you can clean it easily, with a bleach. Don’t use a brush, because you could damage the metal coating of this part.

How to Install TwinStar Iberica?

The installation of this device is quite easy. However, there is one thing you must take care of, before setting it up: you have to remove the green algae from the tank, if that is already planted. This is necessary, to help your device to a better job at the cleaning process.

Once you removed the green algae from the soil and aquarium walls, you can install the device. You have to put the reactor in the tank, and the control on the outside wall. All you have to do next, is to start the device.

The rest is up to TwinStar. It will clean your tank from the remaining algae, like I told you about above. Also, it will keep the tank in a clean shape, without letting algae reproduce and fill your aquarium.

To see how well it works, just visit the official website of TwinStar Iberica. There you can find a video showing the results in a tank that has TwinStar installed, and one that does not. The results are clearly in the favor of using this device.

In the end, buying and setting up a TwinStar product in your aquarium, is entirely up to you. This article helped you learn about this product, and its variations.

As you could see, there are more than 5 different versions, created for different needs. If you own a smaller tank, that needs an algae inhibitor, the Nano is a great choice. But for a bigger tank, you should go for the S3 or S5 versions, that easily handle big fish tanks.

Also, to prevent fish diseases in your aquarium, the S3, S5 and Yotta devices are all great possibilities, depending on the size of your fish tank. And of course, for a shrimp tank, the TwinStar Shrimp can be a great addition, that improves the water environment for your shrimp. 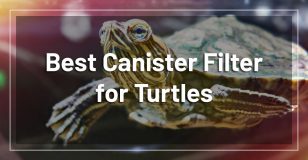 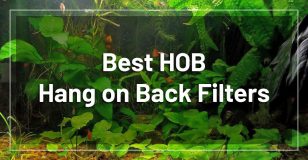 Best Hang on Back Filter in 2020 – Complete Buyer’s Guide 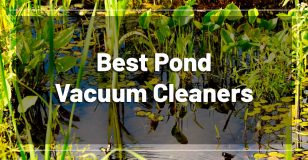 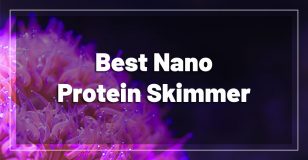 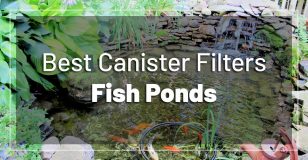 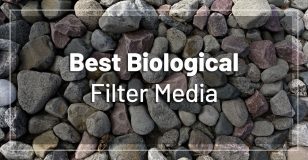