Why is Cory Fish Not Moving? 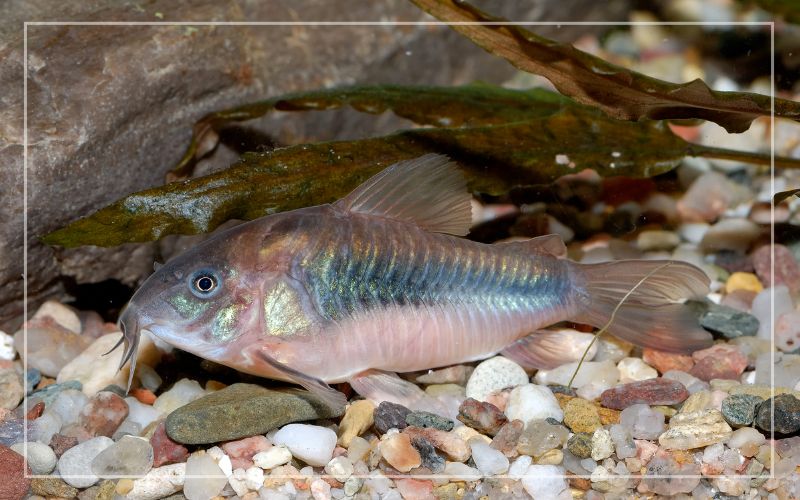 Home » Freshwater » Corydoras » Why is Cory Fish Not Moving?

Corydoras showcase an impressive variety in looks and behavior and make for a welcoming addition to any community setup. These fish are generally hardy and play an important role in preserving the ecosystem’s stability.

That being said, these fish can sometimes experience health issues due to poor water quality, unstable parameters, or parasitic or bacterial infections. They can also experience stress for a variety of reasons which can affect the fish’s health in the long run.

One behavior that can raise an alarm signal in this sense is lethargy. What does it mean if your cory fish isn’t moving as much as it used to? Let’s check it out.

6 Reasons Cory Catfish is Not Moving

Corydoras are generally active fish, but they also like to rest at times. However, they shouldn’t stay too long in the same spot, as this is an indicator that something’s not right. Here are the 6 reasons why Corydoras might refuse to move:

Corydoras are bottom dwellers, as they’re on a constant lookout for feeding opportunities. They also have limited batteries, so it shouldn’t come as a surprise that they also rest once in a while. A resting Corydoras should still appear alert, moving its fins softly to maintain its body positioning.

You can test the fish’s reactions to see if everything’s all right. The fish should move if you tap the tank wall in its vicinity or use a tool to touch the fish gently. If your Corydoras doesn’t seem reactive to the stimuli, there might be a problem here.

Fish stress is not an alien notion. In some scenarios, all fish can exhibit signs of stress, and the cory catfish is no different. Your Corydoras can display signs of stress due to:

The idea is to identify the reasons behind the fish’s behavior, so you can figure out the best solution. Stress in fish isn’t just a minor inconvenient but an actual long-term killer. Stressed fish will eat less and showcase lower activity levels. Even worse, their immune systems will drop, leaving the fish vulnerable to parasites, bacteria, and other diseases.

Remember, the tank water is filled with harmful bacteria, and it only takes a faulty immune system to trigger a potentially life-threatening infection.

Corydoras aren’t particularly sensitive to fish-specific conditions, but they aren’t immune either. If your Corydoras displays prolonged lethargy, check the fish for any visible signs of infections or parasites. You can look for various symptoms, depending on the disease in question. These include:

If your Corydoras shows signs of disease, you need to act fast. There are 3 steps to consider in this case:

The catfish should recover in full within several days to 2 weeks, depending on the disease type and severity. If the catfish isn’t better by the 2-week mark, euthanasia may be your only option left.

Corydoras are armored fish that possess reinforced plating scales all over their bodies. However, this doesn’t mean that they can’t be hurt. Cory catfish are prone to skin tear and minor injuries due to unfitting substrate or inadequate habitat decorations.

Despite their protective plating, these fish have a sensitive skin that’s prone to tearing and slashing. When hurt, your fish will appear more lethargic due to the movement causing it physical pain.

To prevent the problem, always go for sand substrates for your Corydoras and be mindful of the decorations you add to their environment. Avoid sharp or rugged rocks that could scratch the fish by mistake.

Solving the problem, though, requires a different approach. You may even need to quarantine your fish for a while just to make sure it doesn’t catch an infection. Keep the fish’s water in impeccable conditions to minimize the risk of contracting a bacterial or fungal infection.

Corydoras can also get injured due to their violent interactions with other fish, but it’s highly unlikely. The most they risk in these situations is stress, and we’ve already discussed the dangers of that.

Even so, only house Corydoras with peaceful and equally sociable tankmates to avoid unnecessary violence.

The ideal water parameters for Corydoras include:

Your Corydoras can accept some variations beyond these recommended thresholds, but not by much and not too frequently.

Frequent shifts in water temperature can stress your Corydoras, forcing the fish to showcase behavioral changes indicating the issue. Cory catfish are more likely to appear lethargic in cold waters, while in overly warm waters, they tend to swim to the surface to breathe.

No matter the triggering cause, it’s important to be able to tell when your fish appears stressed. This will allow you to address and correct the problem fast before it aggravates.

Corydoras are omnivorous, opportunistic eaters, which is a pretentious notion for bottom feeding. These fish like to look for meal opportunities around the substrate, causing many aquarists to disregard their dietary needs altogether. The problem is that the Corydoras cannot survive on scraps alone.

Corydoras require a balanced diet to remain healthy, active because they will feel any nutritional deficiencies. Corydoras can become lethargic when exposed to improper diets, not getting sufficient food, or when food competition is high, causing the fish to starve.

The solutions to all these problems are fairly obvious. Keep your Corydoras well fed, and they will remain happy and healthy.

How Long Can Corydoras Stay in One Place?

Corydoras will take time to rest, but it shouldn’t last long. Most Corydoras only remain motionless up to 30 minutes, but the timeframe can vary between different fish. It doesn’t really matter how much time Corydoras remain inactive, so long as they’re healthy, respond to stimuli, and don’t show any signs of disease.

If you’re worried about your catfish’s inactivity, poke it gently to test its reaction. If the fish appears responsive and active, it’s probably just resting, so give it space.

You have little to be concerned about, so long as your catfish eats well and appears joyful and energetic during its active time.

How to Tell if Cory Catfish is Dead?

Despite all your precautions, your Corydoras can eventually die, and you might not be able to tell at first. Especially if you’re used to seeing your catfish resting on the substrate often, which is what these fish are known to do anyway.

Finally, if still in doubt, use a stick to touch a fish in an attempt to gauge a reaction. You can even remove the fish completely from the tank for the same purpose. If the fish remains unresponsive and shows no gill movement, say goodbye.

Corydoras don’t rank as overly sensitive fish, but they do have their limits. Always monitor your fish’s dynamics and behavior to learn how to distinguish between normal and abnormal situations. 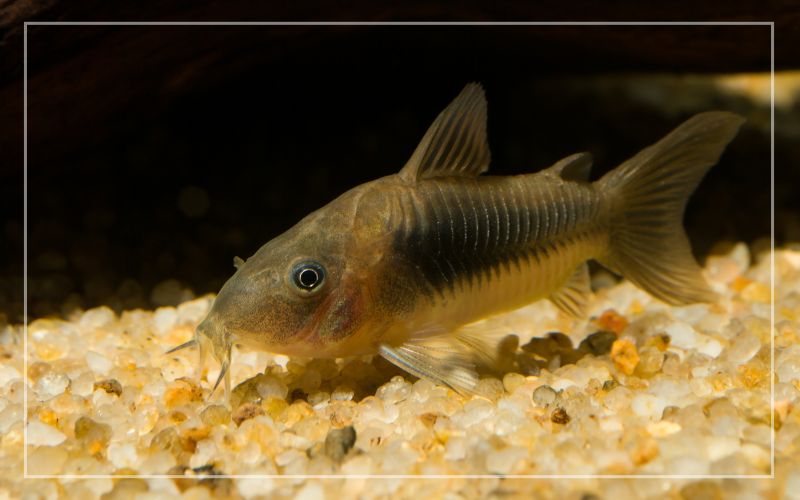 How to Care for Cory Catfish? Guide for Beginners 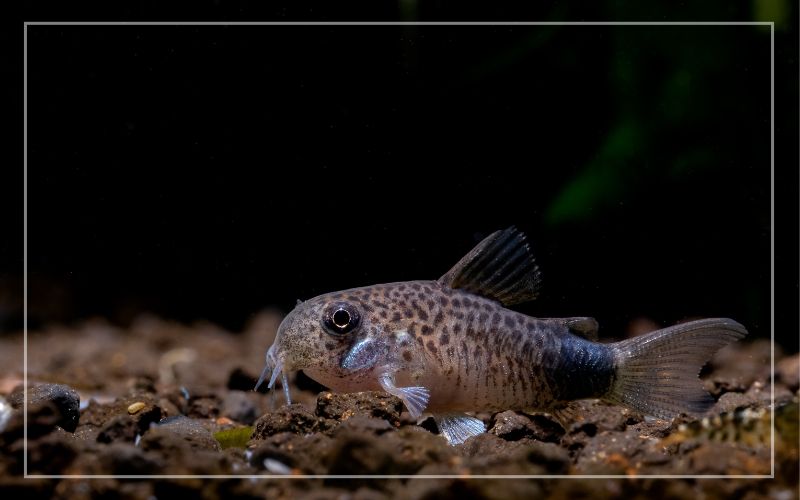 Why Did My Cory Catfish Disappeared? 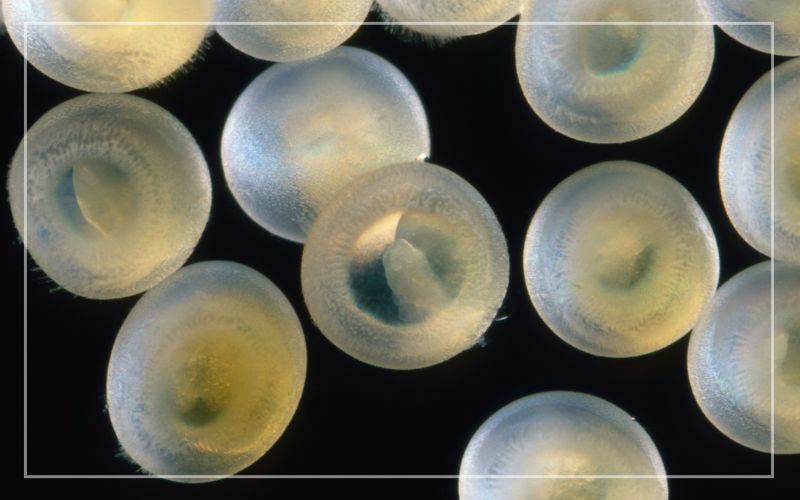 Cory Catfish Eggs – Everything You Should Know 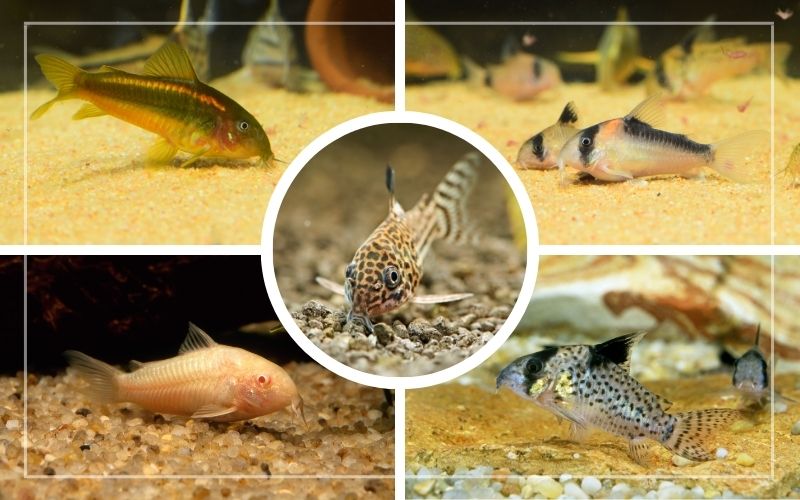