Do Aquarium Plants Need a Heater? 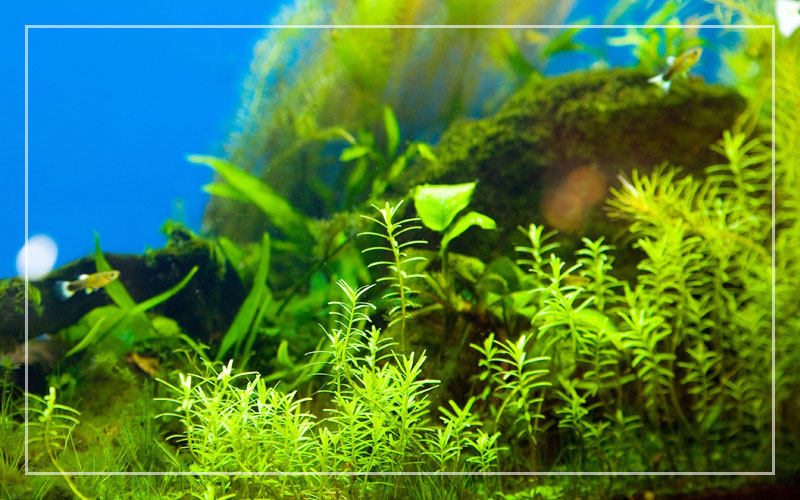 Plants need quite a few things to thrive in an aquarium. Fertilizers, special substrate, filter, air stone, and lighting are just the main requirements of a planted aquarium.

But what about a heater? Should you invest in one extra piece of equipment? Keep reading to find out!

In this article, you’ll learn about the effects of temperature on plants. I’ll also explain the major reason why heaters are a good idea.

Finally, I’ll talk more about the ideal temperature range for aquarium plants. So, let’s get started!

Effect of Temperature on Aquarium Plants

Plants need micronutrients, macronutrients, and light. These are the basic blocks they use to grow and stay alive.

But temperature also plays an important role in regulating all of this. You see, just like in fish, the temperature can influence metabolism in plants.

Metabolism is important. It regulates the speed with which chemical processes occur within an organism. In plants, metabolism will include processes like nutrient uptake from the soil, photosynthesis, energy consumption, and growth.

Imagine all other things remain equal, but you increase the heat. In this scenario, the plant will produce and consume energy at a higher rate.

This, in turn, will lead to faster growth. Lower temperatures will do the opposite.

Faster and more compact growth sound nice. But there are also some downsides.

Higher temperature leads to quicker micronutrients and CO2 depletion. The plants grow faster, so they go through these resources faster.

Cooler temperature does the opposite. It leads to slower metabolism and growth

Cooler water can also hold more dissolved gasses such as CO2 and oxygen.

This is healthy not only for your plants but also for the fish.

What Types of Aquarium Plants Need a Heater?

You’re more likely to be in trouble when the temperatures get too high, as opposed to too low. However, the minimum temperature level is just part of the problem.

There’s one instance when I’d still consider including a heater in my tank set-up— when the temperature is unstable. This problem applies to all plants.

Unless you live in an equatorial climate, you’re going to get pretty wide swings in temperature. Without a heater, your water can warm and cool down several times just on one given day.

And this is an issue. Plants are sensitive to constant fluctuations in temperature. To avoid this, you’ll have to include a heater in your setup.

What is the Lowest Temperature for Aquarium Plants?

There’s not one exact value to strive for. All aquatic plants are a little different. Some, like Rotalia Rotundifolia, can tolerate temperatures as low as 39°F.

Other plants, like Water Wisteria, need a temperature of at least 74°F.

There’s still some overlap. I’d say that 90% of the common species will tolerate a temperature of at least 60-65°F.

So, keep the temperature above 60°F as a bare minimum. This will cover most plant species. But also remember to do some plant-specific research when setting up your tank! Some plants will need upwards of 72°F.

These species will never accommodate to the low 60s, despite your best efforts.

Can Aquarium Plants Touch the Heater?

Maybe, but I’d advise against this. It’s not safe for the plants to come into contact with the heater, especially repeatedly.

Remember, the temperature near and on the heater’s surface is at its highest.

If the plant touches the heater, the leaves might burn. It might not happen the first one or two times. But after repeated exposure, you’ll notice the negative effects.

The damage will lead to browning, withering, and maybe even small holes. If this keeps happening, the leaf might fall off completely.

Besides, putting your plants near the heater could also disturb the water flow. This will create a pocket of warm water near the heater while the rest of the aquarium runs cold.

You don’t want to obstruct the water flow with a poorly-placed plant. Speaking of placement, I also recommend you keep the plants far away from the aquarium’s walls.

The glass acts like a barrier that keeps the heat inside the tank. It gets a little warmer than the water itself. If the leaves are constantly brushing against the glass, you might get the same problems— browning, burning, and withering.

Sure, they can! But it might be harder to accidentally freeze a plant than it is to burn it. Many plants can survive in temperatures as low as 60°F, after all.

If you already have a heater, it’s unlikely for the aquarium to get any cooler than that.

But what would happen exactly if your plants were to freeze? Well, when the temperatures drop too low, a plant’s metabolism will slow down.

The plant will create and consume less energy. If this goes on for long enough, the plant might begin to shed its foliage. It does so to preserve the root.

If you catch this early, you can still save the plant. As long as the root is still healthy, the plant will start sprouting again when the temperatures come back to normal.

If you were to literally freeze a plant though, that’s a different story.

If your plants get frozen solid, you’ll have to thaw them first. But the ice particles will probably have destroyed the plant’s cell walls.

The plant would come out all mushy and it will probably rot in the soil.

Temperature plays an important role in a planted aquarium. It can influence the water chemistry, as well as the plant’s metabolism.

Warm temperatures lead to lower concentrations of CO2 and oxygen. But they also increase growth and metabolism.

Cooler temperatures do the opposite; they slow down the plant’s nutrient uptake and development. Each temperature range has its pros and cons.

But one thing remains true— you must maintain stable values to avoid temperature shock.

It’s the best way to avoid dangerous fluctuations. You don’t want the water to get too warm or too cold, especially rapidly. 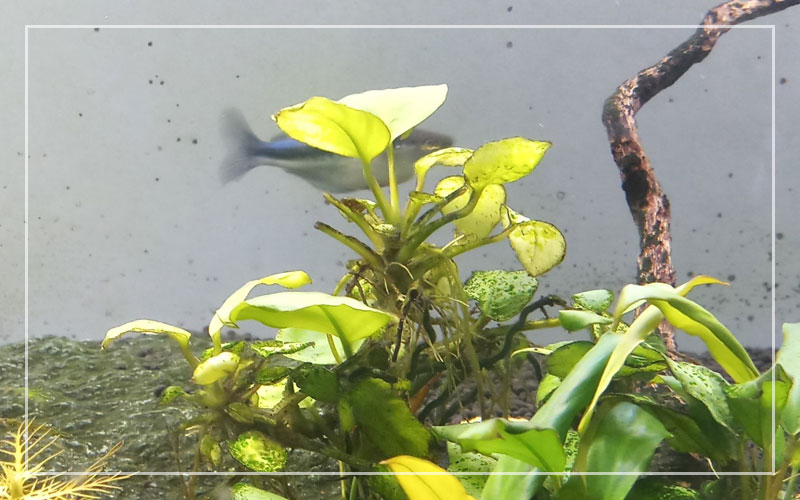 Why Are Aquarium Plants Turning Yellow? 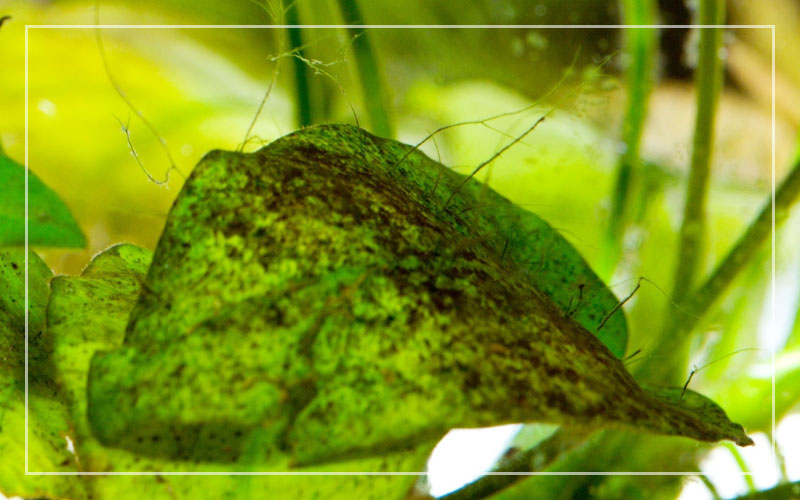 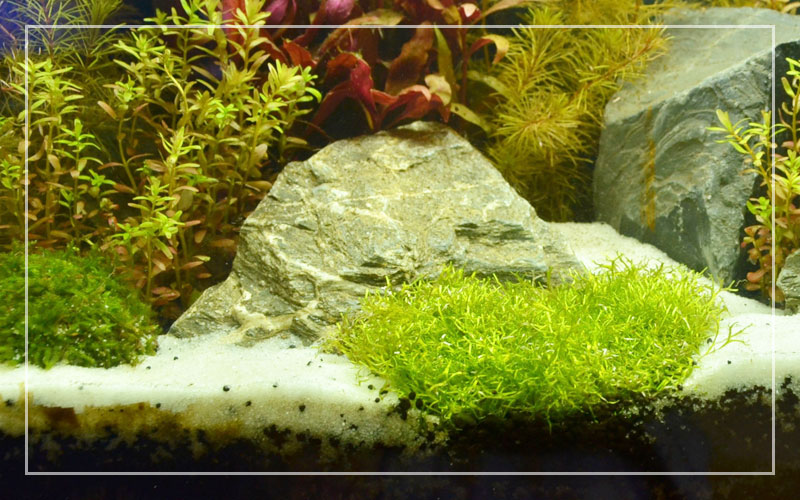 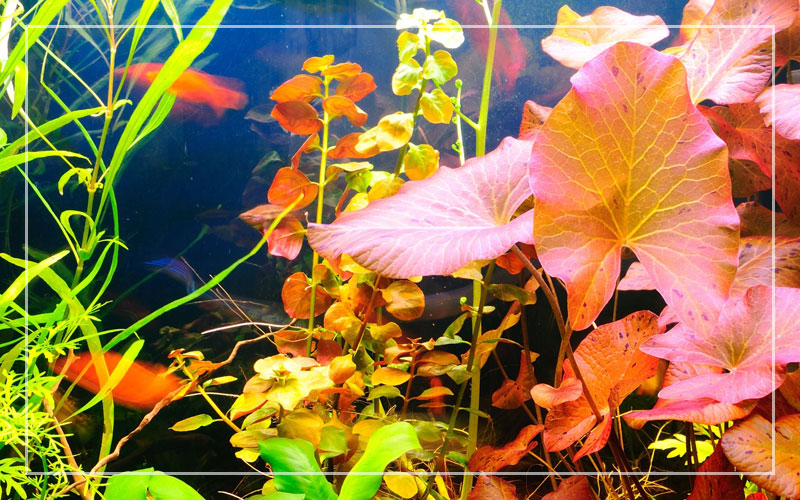